Where corn is no-tilled today, there were 23,110 Union and Confederate casualties on the bloodiest day of the Civil War.

When thousands of troops walked around the huge rocks and out of the corn fields on the morning of Sept. 17, 1862, in the bloody Battle of Antietam, little did they know that 19,510 soldiers would be wounded and 3,600 killed on this single, gruesome day.

Some 139 years later, the rocks are still there in the fields at the Antietam National Battlefield near Sharpsburg, Md. And today, corn is no-tilled over the huge rocks found on much of the battleground. 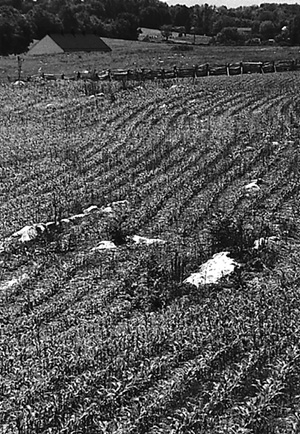 Many of the battlegrounds at the Antietam National Battlefield are no-tilled by Dale and Terry Price of Sharpsburg, Md. They grow 1,400 acres of corn and soybeans and also custom plant 1,500 to 2,000 acres.

To overcome rocky conditions, the Prices no-till corn in 30-inch rows with a 6-row John Deere 7200 planter. Soybeans and wheat are no-tilled with a 24-row John Deere 1560 drill.

“We no-till over the rocks very slowly,” says Price. “Our planting speed is in the neighborhood of 4 1/2 to 5 mph, but drops as low as 2 mph when we’re no-tilling over the huge rocks on the battlefields.”

The Prices don’t mount no-till coulters near the row units because of the rocks. Instead, the coulters are attached to the planter frame, well in front of the row unit. 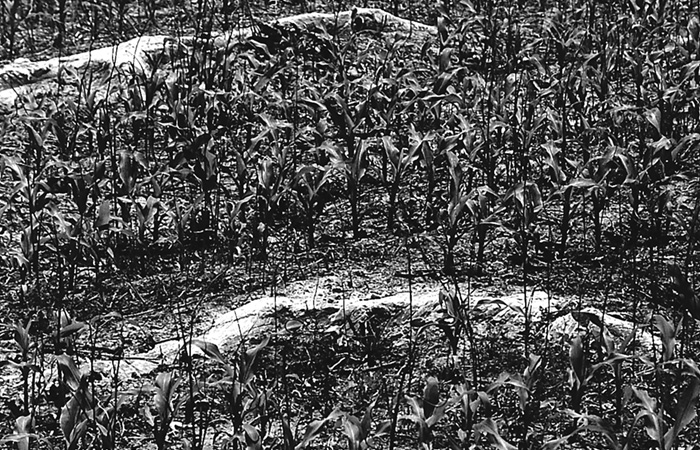 The Battle of Antietam climaxed the first of General Robert E. Lee’s two attempts to extend the Confederate effort into the North. Some 41,000 Southerners were pitted that day against the 87,000 man Federal Army of the Potomac under the command of General George B. McClellan. When the fighting at Antietam ended, the course of the American Civil War had been greatly altered.

Among the no-tilled corn fields, this national treasure encompasses an 8-mile driving tour which includes such highlights as Dunker Church, The Cornfield, Bloody Lane and Burnside Bridge. The battlefield includes more than 350 monuments, tablets, markers and 41 authentic Civil War cannons.

Collaborating with No-Till Pros Takes Farm from Bleak to Booming