This Minnesota farmer is no-tilling trees with a subsoiler.

Pictured Above: Cover 25 TO 30 acres per hour. Paul Mahoney finds the Phoenix rotary harrow does an excellent job of chewing up corn stalks and mulching the soil prior to no-tilling solid-seeded soybeans. Self-rotating tines follow the contour of the ground.

Paul Mahoney saw fast results when he switched to strip tillage in 1997. 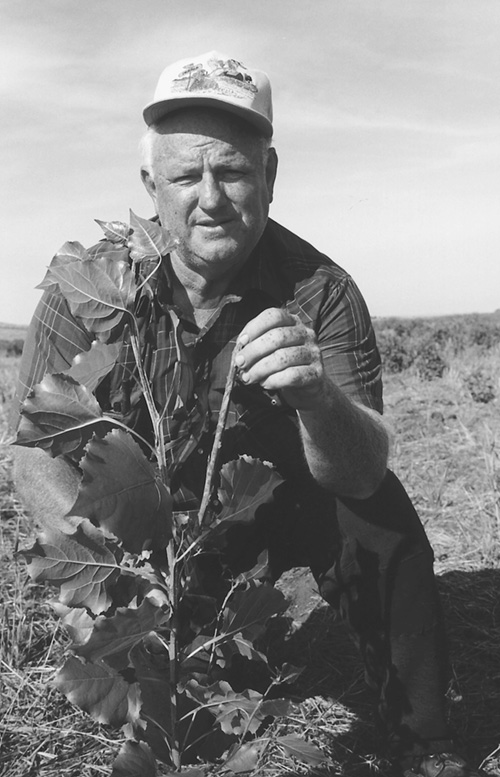 Its simplicity avoided making him equipment poor, and he harvested higher corn and soybean yields. “I also cut fertilizer and chemical costs and became a better steward of the soil,” he says.

“Our wood supplies are dwindling faster than they’re being replenished,” says Mahoney, who, with his wife, daughter and son-in-law, have already no-tilled 170 acres of poplar trees. “The program turns land not suited for cropping into a profitable farm enterprise.”

Mahoney says two pieces of equipment are essential for his reduced-till success. “We need to mulch the residue to warm up our wet soils in the spring and to break through the hardpan to allow better water penetration and strong root growth,” he says. His farm is only a couple-hours drive southeast of blizzard-prone Fargo, N.D.

In his search for a tool that would open the surface to sun and warm spring breezes but not overly disturb the soil at no-tilling time, Mahoney happened onto the Phoenix rotary harrow designed and manufactured in Australia. The rotary harrow has self-rotating tines that can be adjusted to do a thorough, but light tillage job without slowing down for mud or rocks or wrapping up with crop residue. The tines move the decomposing residue away from the seed zone.

“The rotary harrowing is a salvation in wet springs because it lets us chew up corn stubble and control the early emerging weeds,” he says. “It usually saves us the cost of a burndown chemical. We’ve also had much better no-till soybean stands since we started using it and our corn yields have also gone up sharply as a result.”

Sometimes the rotary harrow works almost too well. “In one field we noticed soybeans didn’t come up until after we irrigated, which indicated that we dried out the ground too much. We’ve learned to adjust the pitch of the rotary harrow tines to match the soil condition,” he adds. 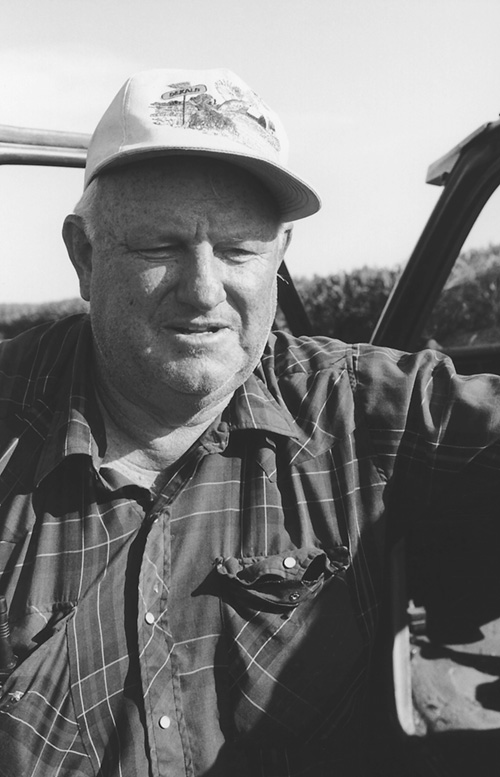 Subsoiling is the other key to Mahoney’s solid-seeded, no-till soybean success. In late fall, he cuts an 8-to 12-inch deep slot with a DMI subsoiler between the 30-inch corn rows, leaving a black strip for early spring warmup. He makes one or two passes with the rotary harrow in the spring to kill early-emerging weeds, mulch the corn residue for better moisture retention and leave a 3/4-inch loose seedbed.

“The fall-made slots and rotary harrowing make an excellent seedbed for solid seedingwith our John Deere no-till drill,” he says.

For corn, he follows a slightly modified version of the two-pass, zone-tillage method perfected by veteran no-tiller Ray Rawson of Farwell, Mich. After subsoiling 30-inch strips in soybean stubble in the fall, the field is rotary harrowed in the spring, followed by banded fertilizer applied directly in the slotted area.

“It’s a good booster for getting no-till corn off to a fast start and keeps it growing in our colder soils,” Mahoney comments. 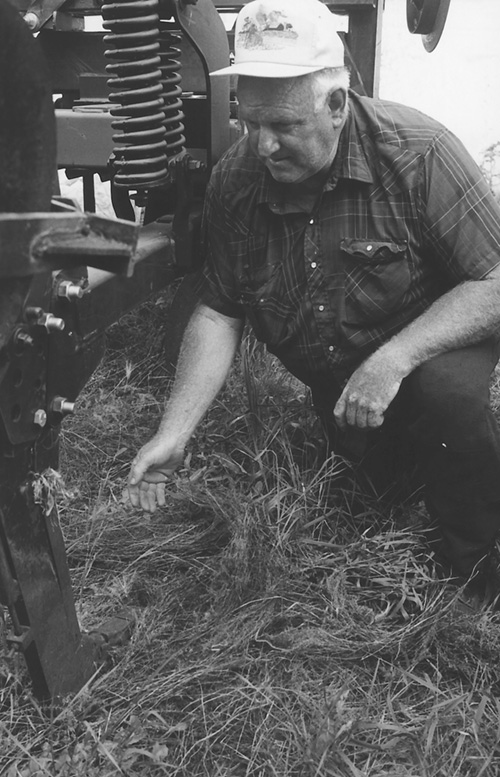 Which brings us back to Mahoney’s pulp wood enterprise. By using only the inside subsoiler knives on the 20-foot wide DMI subsoiling machine, he’s able to cut seedbed slots 10 feet apart to prepare a poplar tree seedbed.

This area is treated with Roundup in the fall, before slotting, and again in the spring before planting. Seed stock, which consists of 12-inch “sticks” cut from poplar nursery stock, are soaked in water before being pushed down into the slots.

“Within 10 days, the fast-growing poplars are already showing bud growth. It’s not unusual for them to grow 25 feet tall in 4 years,” he says.

The no-till innovator believes Midwestern farmers need to be looking for new crops like this tree-growing opportunity in order to survive. He sees a day not far ahead when farmers will no longer be able to make a good living by only raising conventionally tilled corn or soybeans.

“We’ll need to concentrate on identity-preserved cropping systems and other alternatives to get out of the low-price corner,” he concludes.