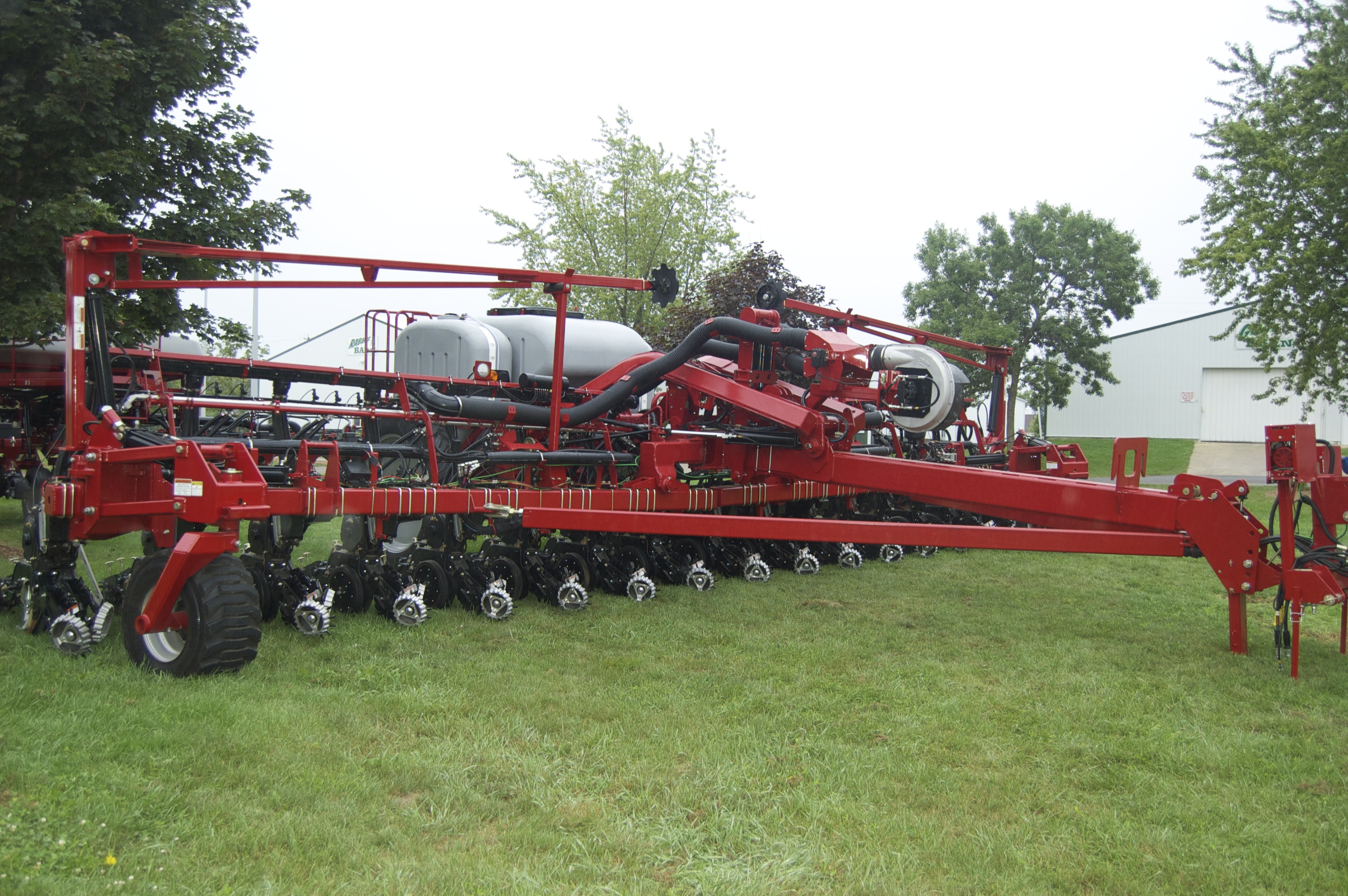 Aug. 9, 2012 — After striking a deal in June to have Great Plains Mfg. supply twin-row planters, Case IH showcased the new technology at its recent media event in Racine.

The planter could be especially attractive to no-till and strip-till farmers who will push the planting envelope, says Bill Hoeg, planter sales and marketing manager for Case IH.

As seed companies move towards increased seed population with genetics, Hoeg says, the Case twin-row planter will give strip-tillers the opportunity experiment with per-acre corn populations of 35,000 to 45,000.

“They’re 8 inches apart so you turn 30-inch row-center spacing to almost 22 inches from one row to the next, and as a result you get better utilization of sun, better shading and weed control for strip-tillers who are restricted to a certain row spacing,” Hoeg says.

With the need to have both seeds planted on the strip, Hoeg acknowledges the importance of accuracy in placing the seed. The planters feature an Air-Pro metering system that uses a hydraulic fan to provide positive air to the meters for precise placement.

The planters are also fitted with row units that have an optional floating residue manager or coulter, standard seed firmers and cast or spider closing wheels.

One consideration for strip-tillers before investing in twin-row planting, Hoeg says, is moisture conservation.

“If they don’t have a lot of rainfall during year, as you increase population the demand and draw on moisture becomes much higher and as a result, that can actually damage the yield if they have too much population for the moisture that is available,” he says.