When an unprecedented storm sent floodwaters rushing across Travis Forstbauer’s fields, the Chilliwack, British Columbia, farmer was concerned that he would lose the precious fertile soil that his livelihood depends on. Instead, the western Canadian grower was pleasantly surprised after the water had receded to see that his land had suffered minimal damage. 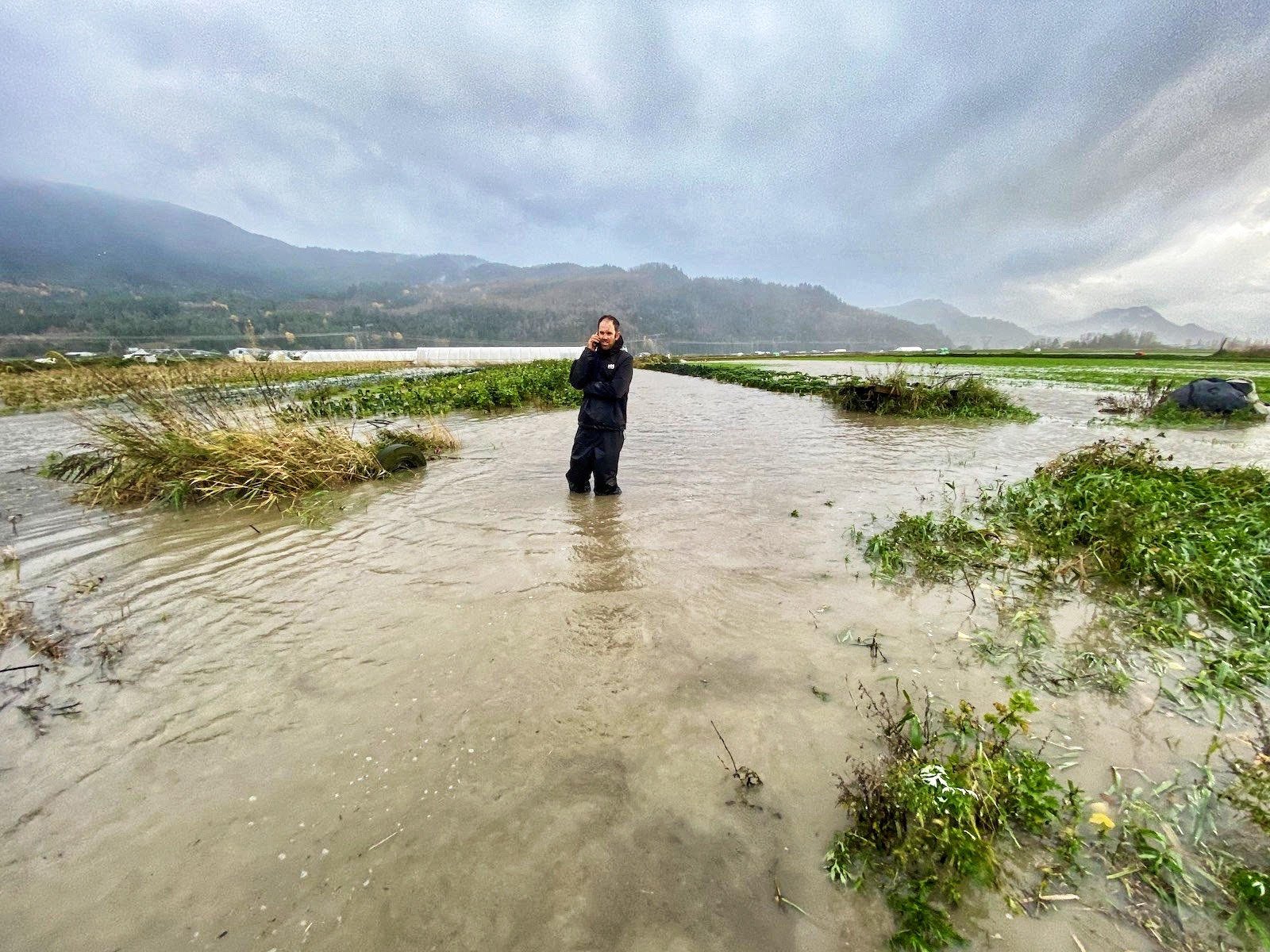 FLOODED FIELDS. An unprecedented fall storm left floodwaters covering many of the fields in the Travis Forstbauer operation in western Canada.

He told reporter Marc Fawcett-Atkinson of the Food Insider publication that his ground was were saved by his cover crops — crops like alfalfa or rye grown in fields over winter — that kept the soil rooted in place.

“About 95% of our fields are covered with some type of vegetation,” he said. “Most of it is due to having a cover crop. A cover crop is important, as the benefits are really noticeable in a flood.”

During these serious late-season storms, many areas of British Columbia received more than a month’s worth of rain in just 2 days. Over 12,000 families were forced out of their houses due to extensive flood damage, mudslides and landslides.

Unlike many farmers who leave their fields bare when they aren’t in use, Forstbauer seeds a cover crop to restore his soils with nutrients and organic matter.

It turns out that cover crops can help farms weather the climate crisis. In addition to keeping soils stable during floods, they protect the ground from extreme heat, which can kill important microbial ecosystems, and help retain moisture during dry spells, he says.