Spring Control of Canada Thistle – Now is the Time 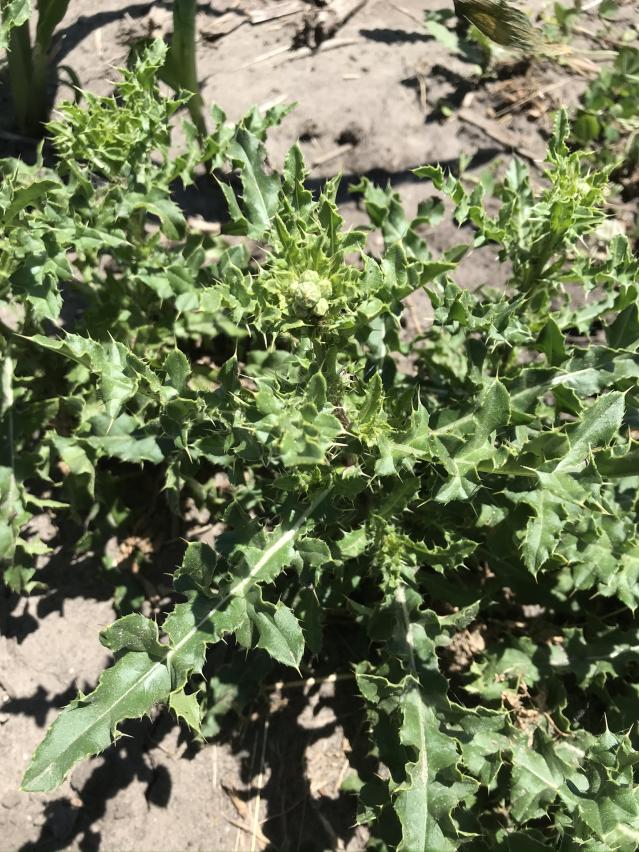 Canada thistle is a perennial that spreads by lateral roots and seed. New plants commonly develop from lateral roots in early spring and infestations can spread quickly due to large investment in underground structures. Aboveground, Canada thistle plants usually grow 2-3 feet tall. Leaves are spiny and vary from having shallow or no lobes on early growth to deep lobes on later developed leaves. It can be distinguished from common biennial thistles using several characteristics, depending on whether plants are in vegetative or reproductive stages. Bob Hartzler recorded several nice videos on identifying 3 biennial thistles (bull thistle, musk thistle, field thistle) and Canada thistle last year. Canada thistle flowers are vase-shaped and smaller than other thistles, about ½ inch in diameter. Flowers vary from purple to pink to pale lavender, almost white.

Herbicide treatments during the bud to flower stage using products containing clopyralid (herbicide group (HG) 4), aminopyralid (HG 4), or glyphosate (HG 9) can be effective at reducing population size. Glyphosate should only be used for spot treatments unless a non-selective herbicide is desirable for the location. HG 4 products like clopyralid and aminopyralid are effective options for areas with desirable grass species but will affect most broadleaf species they contact.

While spot treatments are effective on individual stems and small infestations, larger infestations may require broadcast treatments. Use caution near desirable plants to avoid injury and carefully inspect herbicide labels prior to use to determine the best product for the area. Precautions should be taken to minimize off-target movement that may result in injury to desirable plants. Check labels for any restrictions that may pertain to use near water resources and for grazing/haying of treated areas. 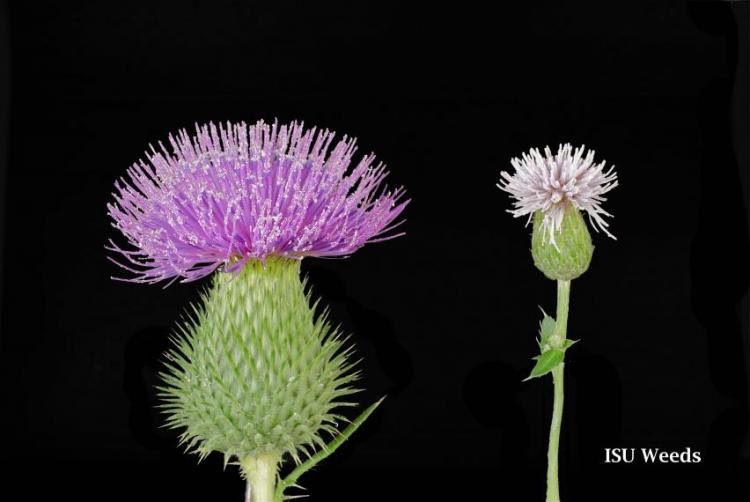 Regular mowing, possibly 6 or more times per growing season for several years, may help control Canada thistle in pastures, hayfields, or non-crop areas that can tolerate it. Management with fewer mowing events per season is less likely to control Canada thistle but may contain or slow spread of infestations. Purdue University has a thorough document on Control of Canada Thistle in CRP and Other Noncrop Acreage that describes mowing and other non-chemical strategies for managing Canada thistle.

Canada thistle is perhaps the poster child for a weed that requires a long-term commitment for effective control. In areas with established populations, the aboveground growth represents only a small percentage of the actual plant mass. The majority of biomass will be below ground, thus requiring significant fortitude to eradicate the infestation. Follow up efforts are required to control plants that survive earlier treatments and plants that continue to emerge from rootstocks.

The Future of Weed Control