March 23, 2021: Raleigh, NC: A greenhouse gas impact study commissioned by Azotic North America the manufacturers of Envita nitrogen fixing bacteria, indicates that significant carbon dioxide (CO2) emission reductions can be obtained through using Envita. In addition to providing increased yields to crops via N-Fixation, the study conducted by an independent third party, shows the use of Envita may qualify for significant carbon credits through its use.

How much is Envita worth in carbon credits?

Here’s how Envita would return using $20 per metric ton (or CO2e) per carbon credit. 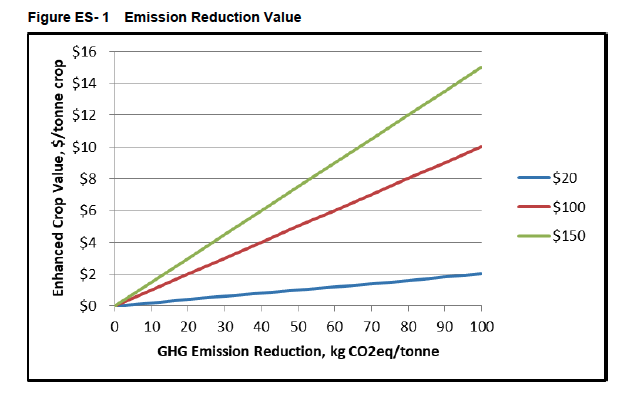 “Sustainability in agriculture has quickly evolved from a topic of interest to a top priority,” explains Ray Chyc CEO of Azotic North America and Azotic Technologies, “These are early days in the monetization of carbon in everyday farming, but it won’t be long before carbon is factored in with equal focus as seed, fertilizer and inputs.  We are excited to see the carbon offsets that Envita can bring to crops like corn and are working with experts in the carbon markets to determine how to turn the Envita carbon credit story into real dollars in farmers pockets.”

Why does Envita have such a significant impact on the carbon footprint?

Envita N-fixing bacteria is applied in-furrow or as a foliar spray and enables cells throughout the entire plant to fix their own nitrogen. Envita naturally metabolizes N directly from the air, which is 78% nitrogen. The plant, drawing more N from the atmosphere, also pulls additional CO2 from the atmosphere as part of photosynthesis, which reduces the carbon footprint of that crop, leading to carbon credits.

Farmers using Envita to reduce applied nitrogen while maintaining yields increase their carbon credit potential even more. The combination of using less fertilizer and the process of pulling N from the atmosphere improves the crop’s carbon score.

The greenhouse gas emissions (GHG) from producing most crops have three primary components, the emissions from on farm energy consumption, the emissions from the manufacturing of fertilizers, and the nitrous oxide (N2O) emissions associated with the decomposition of nitrogenous fertilizers and crops residues. The proportion of the three components varies with the crop and the producing region. The last component, the N2O emissions, is generally the largest of the three components for most crops. Growers earn credits for using the same rates of applied nitrogen with Envita or earn more with a reduction in applied nitrogen.

About the Envita Carbon Study

The GHG emission calculations in this report follow the IPCC guidelines and use the regional N2O emission factors developed by Agriculture and AgriFood Canada. All of the carbon footprint standards and protocols outline specific inclusions and exclusions to be included in the system boundaries. For this work the system boundary for all product systems includes; 1) The seeds, fertilizers and pesticides acquired and applied to the soil and plants, including the GHG emissions associated with the production, transportation and application of these crop inputs,  2) The fuel and energy consumed in the field work (tillage, seeding, fertilizing, spraying, and harvesting activities) and the transportation of the product from the field to the on farm storage bin. This includes the emissions associated with the production and use of the energy products, and, 3) The emissions from the decomposition of the applied fertilizer products and the crop residues that are left on the field after harvesting the grains and oilseeds. Changes in soil carbon resulting from changes in land management are excluded from this work. The high yield scenario should produce more biomass and potentially could lead to increased soil carbon, but this will be site dependent and dependent on the past and present tillage practices.