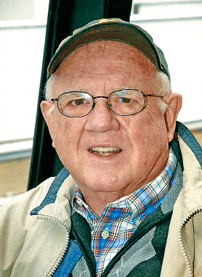 With a new administration taking over in Washington, climate change is going to get much more attention. In fact, the new presidential team has already committed to helping farmers expand the use of no-till, cover crops and carbon sequestration in an effort to reduce greenhouse gas emissions.

With the expectation of increased U.S. no-till research and education funding, results from a western Canada study shows the payoff should be huge. This zero-till study (no-till here in the states) for the three western Canadian provinces showed investing $1 in public funded no-till research and education led to an amazing $109.30 in benefits. From 1985 to 2012, the benefits from adopting no-till in Alberta, Saskatchewan and Manitoba totaled an amazing $24.4 billion that flowed through various channels to farmers, suppliers and consumers.

Conducted by Richard Gray and other ag economists at the University of Saskatchewan, the study compared 1985 with 2012 to show the overall benefit of no-till in the Canadian Prairies. From 1971 to 2011, no-tilled acres in the three western Prairies had grown from practically zero to 38 million acres in 2011, making up 62% of all cropped acres.

Premium content is for our Digital-only and Premium subscribers. A Print-only subscription doesn't qualify. Please purchase/upgrade a subscription with the Digital product to get access to all No-Till Farmer content and archives online. Learn more about the different versions and what is included.
KEYWORDS Climate change greenhouse gas emissions Richard Gray University of Saskatchuan