Many growers participate in incentive programs that include payment for seeding cover crops to offset any additional costs. However, more than 60% of growers do not receive incentive payments to seed cover crops, as indicated in the first annual Cover Crop Benchmark Study from Cover Crop Strategies. 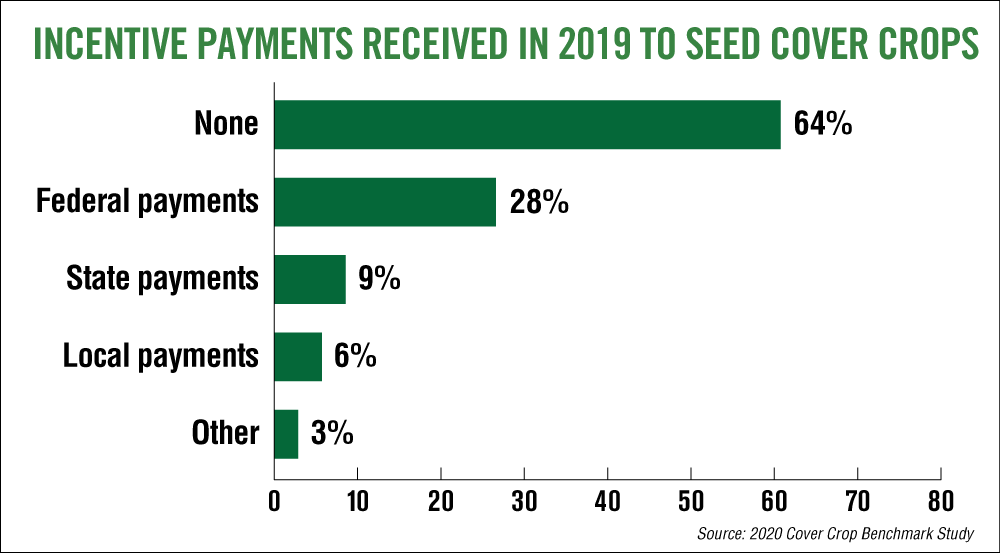 Without receiving financial incentives, why are growers choosing to use cover crops? Respondents were asked to rank their top 3 reasons for growing cover crops, and the findings were telling. 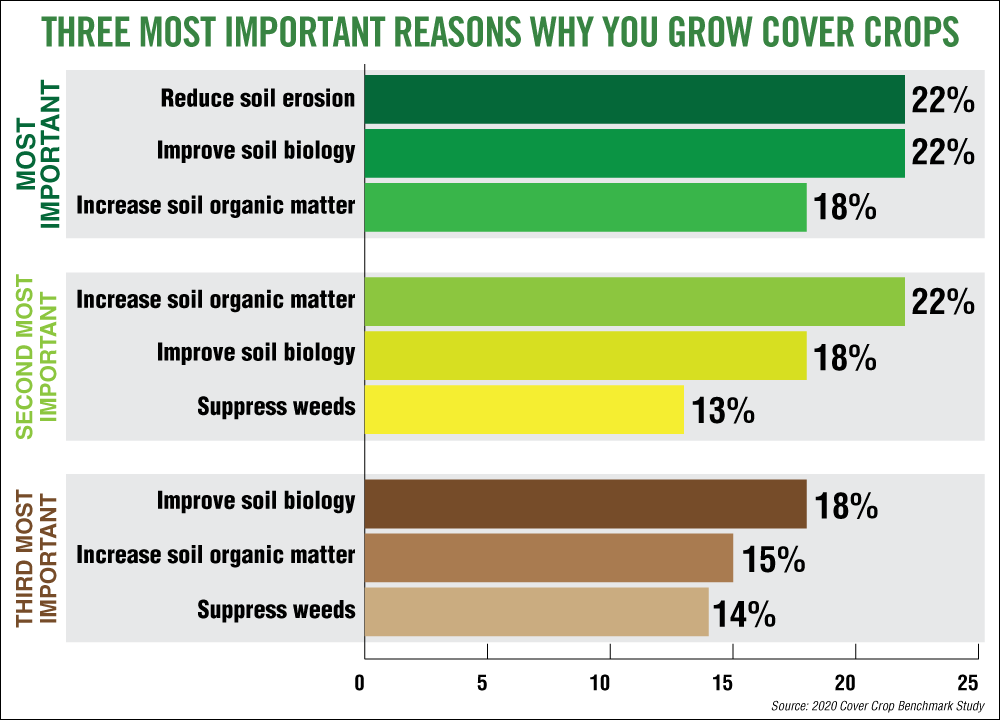 Ranking second in importance among respondents was increasing soil organic matter at 22%, followed by improving soil biology at 18%. Rounding out the top three for the second reason was suppressing weeds, which came in at 13%.

Improving soil biology, increasing soil organic matter and suppressing weeds were the top 3 for the third most important reason for growing cover crops, coming in at 18%, 15% and 14%, respectively.

When it comes to improving soil health, these results point to the fact that growers are investing in soil health benefits and their return on investment, rather than looking at cover crops as a cost.

Another question solidifies this conclusion. Survey participants were asked to rank the level of benefit they’ve seen from cover crops in their operation on a wide variety of areas, from increased yields to weed suppression to reduced soil compaction and more. The results found that 54% of growers have received most benefit in the form of erosion prevention, 39% received maximum benefit from better soil biological activity, and 36% ranked improved rainfall infiltration as where they’ve seen the most benefit.

“With the cover crop out there it’s like driving on a football field,” says Tom Cotter, a grower from Austin, Minn., who uses cover crops on his 1,100-acre farm. “Then we realized that our farm drainage as a whole was working better because of the cover crops. I still install drain tile in some key spots, but the cover crops are helping that water infiltrate faster.”

Growers are also seeing secondary benefits from cover crops. In the survey findings, 67% of growers have seen some reduced soil compaction; 66% saw higher soil organic matter in their fields; and 65% have seen some nutrient scavenging occur in their operations.

“Besides yield, we noticed our corn stayed greener all summer long than where we hadn’t used a cover crop. I think it was a combination of scavenging nitrogen (N) and keeping soil microbes fed and happy,” says Chris Nissen, a grower from Vermillion, S.D., who plants cover crops on his 900 acres of corn, soybeans and winter wheat.