New No-Till Planters, Drills and Attachments on Display in Louisville

By No-Till Farmer Staff posted on March 1, 2020 | Posted in Equipment

No-tillers at the National Farm Machinery Show 2020 got the first glimpse of several new technologies to improve planting and dealing with cover crops.

Six No-Till Farmer representatives from Lessiter Media attended the National Farm Machinery Show in Louisville in mid-February to scout out the latest developments in the North American agriculture machinery market. The 4-day event attracted more than 70,000 people checking out the latest advancements in farm equipment. For more on what editors saw, heard and experienced on the show floor, visit No-Till Farmer’s Facebook and Twitter pages.

Kinze Mfg. introduced the new 05 Series planter. The advanced 4905 front-fold planter features True Speed technology, wing flex, a short turning radius and is offered in 12-, 16- and 24-row configurations. The systems, which will be available for the 2021 growing season, will be able to plant accurately and consistently at speeds from 3-12 miles per hour. In addition, the True Speed meter allows growers to switch between corn and soybeans by simply changing the seed disc — there’s no need to change out any brushes or singulators. The 4905 is operated from Kinze’s Blue Vantage display, a 12-inch monitor attached to the steering wheel that can “get farmers from zero-to-go in just three clicks,” allowing farmers to get out into the field quickly during short planting windows. 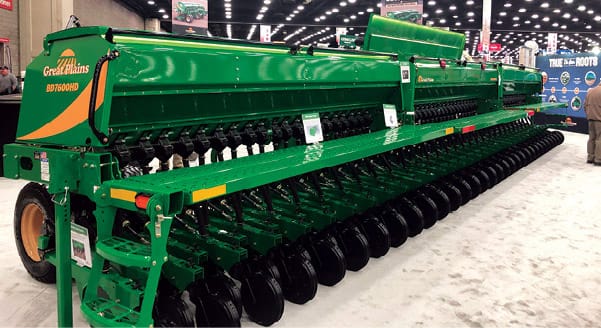 Expanding on Roy Applequist’s original first folding drill, Great Plains introduced the BD7600 Series of min-till folding box drills, which are available for the 2020 planting season. The new drills are offered in 2-section and 3-section models in sizes ranging from 26-40 feet.

The BD7600 features a beefed-up tongue design to carry heavier fertilizer loads and a hydraulic jack stand. The all-new feeder cup, which meters by changing the meter wheel rpm, lets farmers meter large seeds, small seeds and fertilizer all through the same assembly. This allows for a split box design which gives the grower the ability to use both a small seed and standard seed both from the same box but apply them individually at different rates.

Staggered wheels and chevron-shaped outlet gates help to deliver seed and fertilizer more consistently. Input gates located above the meter adjust the seed flow to the meter wheels, which allows growers to turn off rows to change row spacing or assist in calibration. The feeder cup has been designed to deliver product with greater accuracy and easier calibration, saving farmers time and money.

The row units have alternating leading edges to improve planting accuracy. Additional features include an optional magnetic camera that can be attached anywhere on the drill and feeds through any ISO monitor; a blockage monitor; a work light in the box itself; and a new hydraulic drive option. 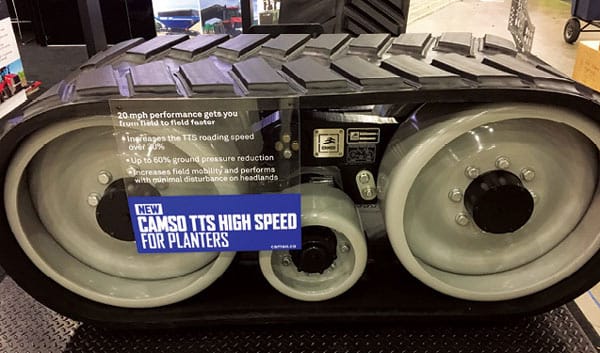 Track manufacturer Camso introduced its new TTS High Speed tracks for planters, which increase field mobility and reduce ground pressure, all while allowing roading speeds of up to 20 miles per hour, ready for the spring 2020 planting season. 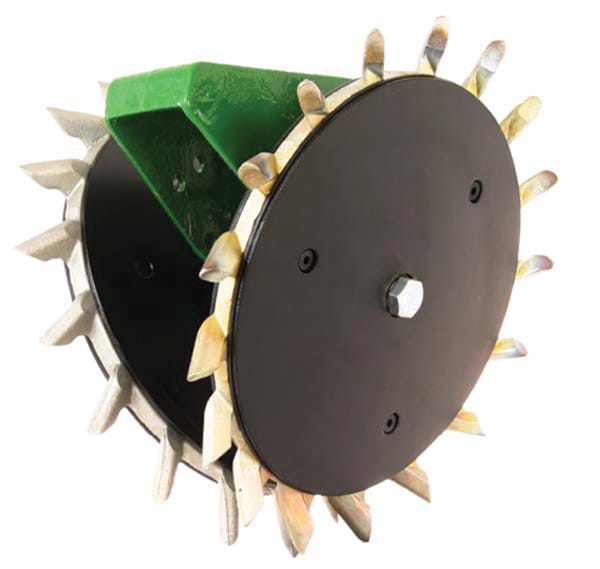 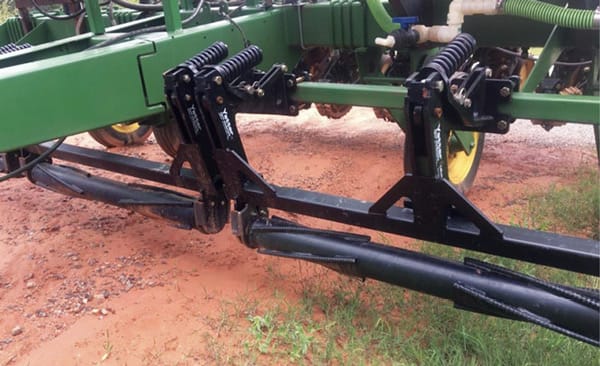 Yetter Mfg. Co. highlighted its new Cover Crop Devastator. It mounts to the front bar of a planter and pushes the cover crop down before the planter row unit. 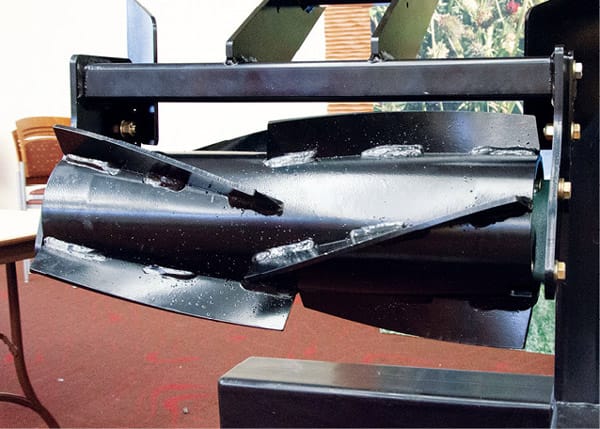 The Underground Agriculture arm of Dawn Equipment showed the InRowl cover crop roller, which the company says is designed to allow growers to roll down cover crops and suppress weeds or a living, green mulch between rows during the growing season. Ideally suited for growers with a short growing season, the InRowl will allow growers to plant into a short green, living cover crop, let it grow, and then roll it down later in the season.

Similar in construction to the ZRX rollers, the InRowl unit features a chevron-pattern roller and outside deflector guides to help bring the cover crop material in toward the centerline of the unit. It is available in a hydraulic-controlled version or a spring-controlled version