The results of a field experiment conducted in 2019 with the soybean cyst nematode (SCN) in southeast Iowa were dramatic and alarming. The data illustrate what likely could occur in SCN-infested fields throughout the state in future years. 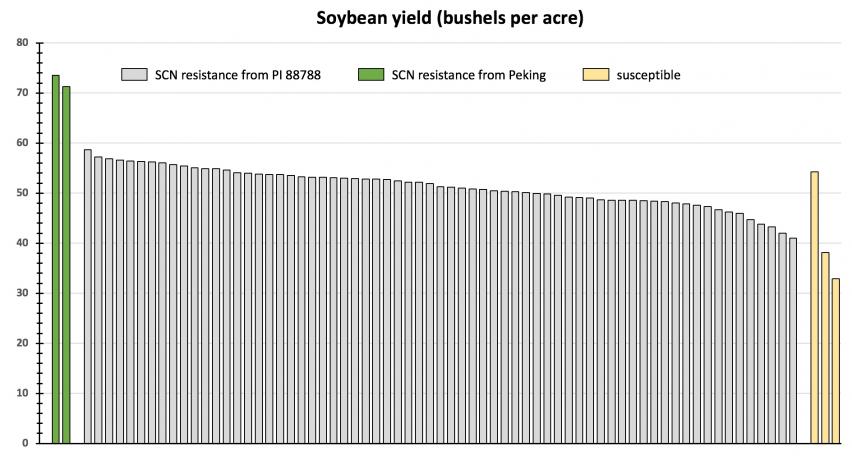 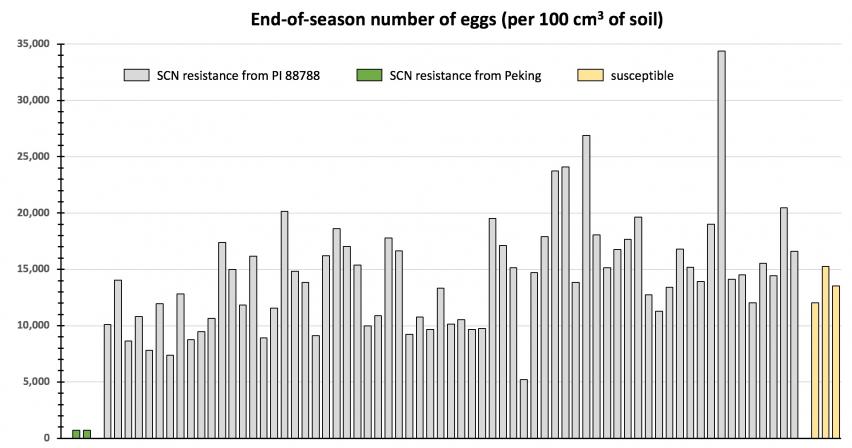 The farmer who hosted the SCN experiment in southeast Iowa grew two different soybean varieties with PI 88788 SCN resistance in the remainder of the field surrounding the experiment, and the varieties yielded 50 bushels per acre. If one of the varieties with Peking SCN resistance in the experiment had been grown in the field, the farmer would have earned nearly $200 per acre more (based on 22 bushels per acre yield difference between the Peking varieties and the PI 88788 varieties grown by the host farmer and $9 per bushel soybeans).

These results were very consistent and statistically significant and they illustrate the staggering amount of yield loss that can be caused by SCN when resistance from PI 88788 is overcome.

Many fields in Iowa are similar to the field described above. The only difference between the field where the experiment was conducted and most SCN-infested fields in Iowa is that the field in southeast Iowa had well-drained, sandy soil, and the dry soil conditions that occur in this texture of soil favor SCN reproduction and yield reduction. Very large differences in yields of soybean varieties with PI 88788 and Peking SCN resistance may not commonly occur in fields with medium- and heavy-textured soils in Iowa. Yet. But results like this are possible in any SCN-infested field with any soil texture, especially under dry growing conditions.

More information about the biology and management of SCN can be found at TheSCNCoalition.com, soybeancyst.info, and soybeanresearchinfo.com. 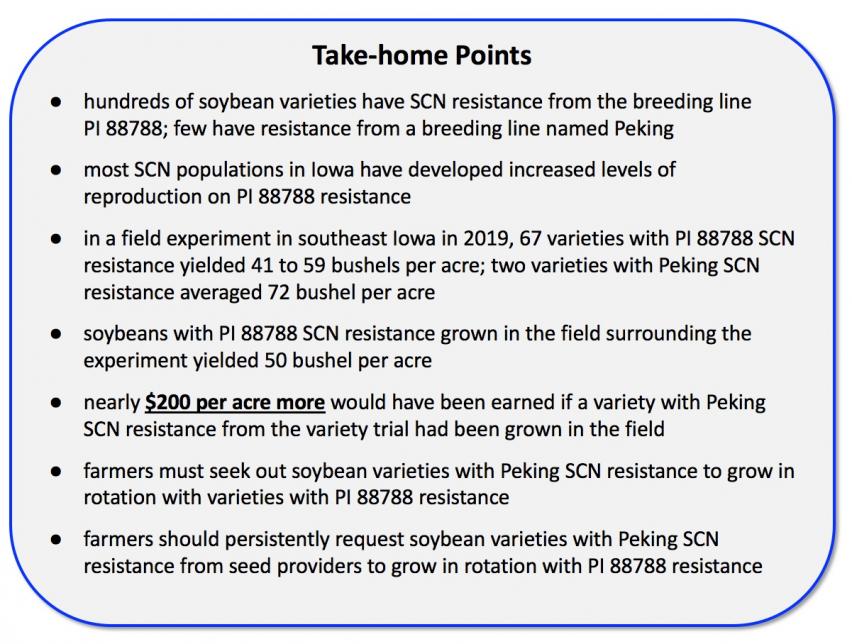 How's Your SCN Resistance Holding Up?