There are hundreds of soybean varieties with resistance to the soybean cyst nematode (SCN). An updated list of SCN-resistant varieties in maturity groups 0, 1, 2, and 3 for 2021 was published as Iowa State Extension publication PM 1649 in November 2020 and is available here.

Increase Soybean Yields with SCN Resistance Other Than PI 88788

Varieties with SCN resistance from Peking and other sources

The soybean varieties in the table below have the Peking source of SCN resistance. The information in the table was provided by the seed companies offering the varieties. Brands are listed alphabetically and varieties are listed in increasing order of maturity within brand. 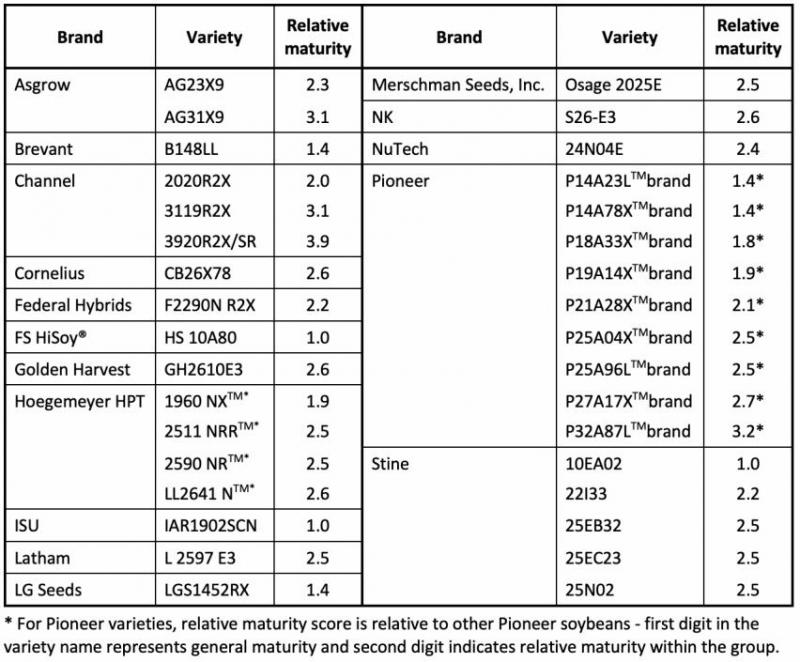 Table. Soybean varieties in maturity groups 1, 2, and 3 with the Peking source of SCN resistance available for use in Iowa.

Additional soybean varieties with SCN resistance different from PI 88788 and Peking include: