Farmers in the midwestern United States have been battling increasing infestations from a variety of stink bug species in recent years, but a free resource for understanding and managing the emerging pests offers help in dealing with them.

In 2017, the open-access Journal of Integrated Pest Management (JIPM) published “Identification, Biology, Impacts, and Management of Stink Bugs (Hemiptera: Heteroptera: Pentatomidae) of Soybean and Corn in the Midwestern United States,” a profile of several of the most common stink bug pests that offers methods for differentiating species, summaries of stink bug life cycles and behaviors, and guidance for monitoring and managing them. 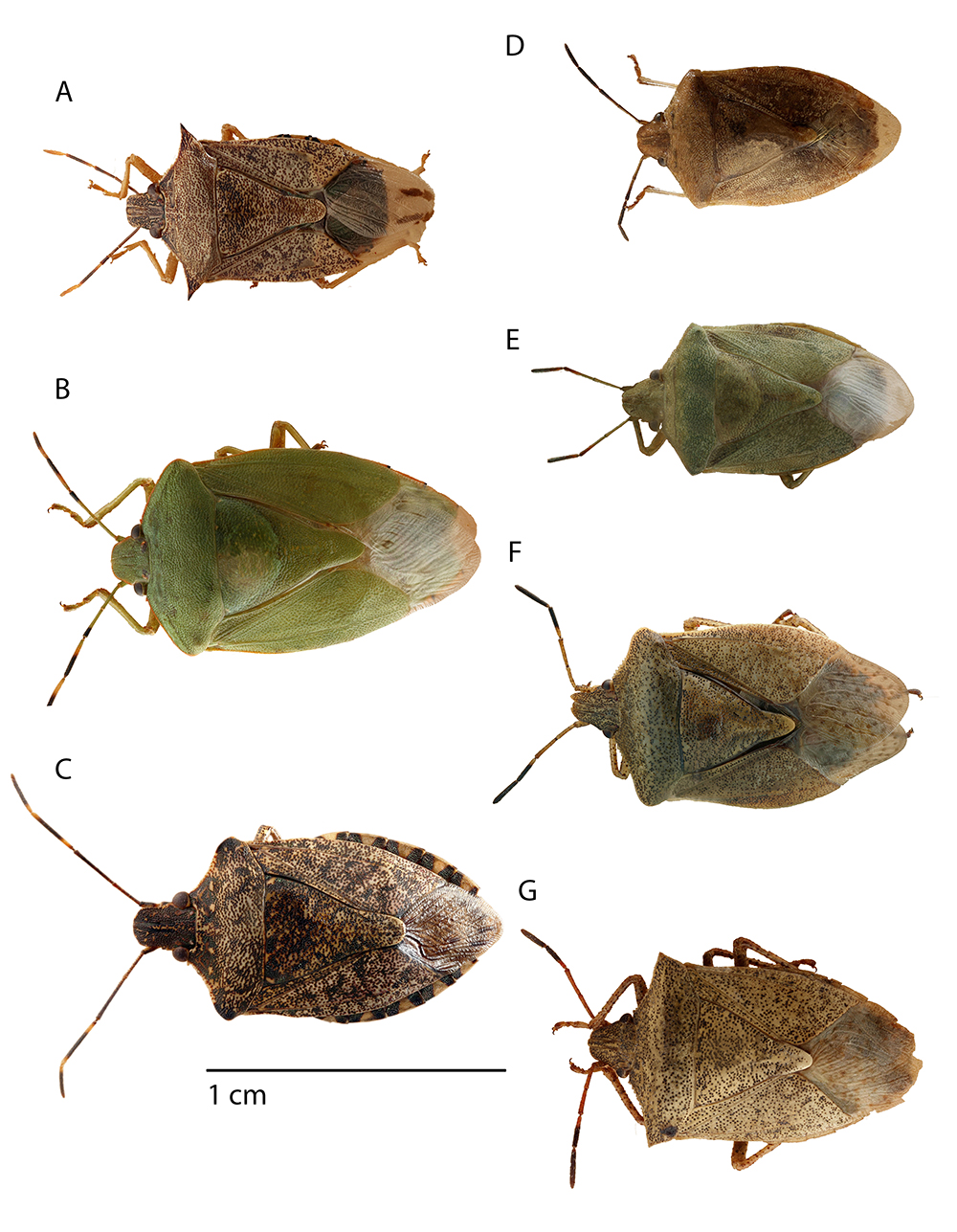 Stink bugs have historically been more prevalent pests in the southern United States, but they are now making more frequent appearances in Midwestern fields, according to Robert Koch, Ph.D., assistant professor and extension entomologist at the University of Minnesota and lead author of the JIPM article. “Because stink bugs are emerging as a threat to Midwest soybean and corn production, we felt that there was need for a comprehensive review of these pests that was accessible to producers and agricultural professionals,” he says.

Koch and co-authors conducted an extensive review of existing research on management of stink bugs in developing the new profile aimed at Midwestern growers. While “at least 24 species or subspecies of stink bugs could potentially be encountered in soybean and corn in the Midwestern United States,” the most common pest species are outlined in the article, including:

Koch and colleagues specify scouting methods for measuring stink bug abundance in fields, along with economic thresholds at which management tactics should be deployed. Their research identifies which classes of insecticides may be best suited for individual species and identify additional resources for growers to investigate cultural and biological control measures, as well.

“Stink bugs tend to be generalist pests and can feed on and move between different crops and wild plant species throughout the year,” says Koch. The JIPM profile rounds up existing knowledge about stink bugs, much of it from research conducted in southern states, but “further research is needed on corn and soybean response to stink bug feeding in the Midwest,” he says.

Stink Bugs Could Injure Corn In Addition To Soybeans