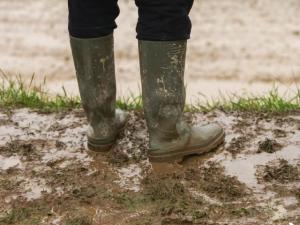 Consistent rains across Ohio and the Corn Belt continue to delay planting progress, as the June 17 USDA Planting Progress report showed that 68% of intended corn acres and 50% of intended soybean acres have been planted in Ohio. Nationwide, roughly 27 million acres of corn and soybeans will either be planted or filed under prevented planting insurance. Across Ohio, the Final Plant Date (FPD) for soybeans is June 20. Soybeans can be planted after the FPD, but a one percent reduction in the insurance guarantee occurs. This brief article outlines economic considerations for soybean prevented planting under three scenarios: planting soybeans on corn acres, planting soybeans late, and taking prevent plant soybeans. There are three sections to this article: a brief market update on corn and soybeans, a policy update on Market Facilitation Payments, and then finally the scenarios listed above. This article contains the best information available as of release, but conditions may change. Farmers should check with their crop insurance agents when making prevented planting decisions. OSU Extension is not an authorizing body of federal crop insurance policies.

The World Agricultural Supply and Demand Estimates released on June 11, 2019, provided a mixed bag of news for corn prices, but the bullish factors outweighed the bearish factors and the December futures price increased 15 cents by market close. The Outlook Board lowered acreage 3 million acres reflective of relative returns from prevent plant and revenue over variable costs. However, the 10 bu. /acre drop in the national yield, reflective of the late planting across the Corn-Belt, provided possibly the biggest shock to the corn market. Most analysists had a decrease in final yield, but few expected a 10-bushel decrease down to 166 bushels per acre in the June WASDE- a month that rarely sees a decrease in yield given the length of season left. The market seems to have now figured in a yield decline and a reduction of 5-7 million acres. Further declines in yield during the growing season and increases in prevented planting acres favor price increases heading into fall. However, these are still largely unknown factors and market softness could happen as well.

The mixed bag continued with bearish signals in the corn balance sheet- corn exports continue to weaken on large to near record production quantities in Southern Hemisphere and currency exchange rates working against U.S. grain sellers. Strong yields in South America and the price differential may significantly reduce U.S. corn exports. Higher prices and lower production in the U.S. reduce the availability of corn for feed use. U.S. corn exports and corn for feed use estimates were collectively lowered 425 million bushels. The U.S. corn ending stocks to use ratio is lowered to 11.8%, the lowest ratio since the 9.2% experienced during the 2013/14 marketing year. Market increases in the fall of 2019 provide opportunities for producers to market multiple years’ worth of grain at profitable prices.

The soybean balance sheet continues to show market softness with no change in acreage or yield. The March Planting Intentions Report had already lowered soybean acres 4.6 million earlier in the year to 84.6 million acres and planting challenges for corn potentially have shifted some intended corn acres to soybeans. With a couple more weeks to go in the soybean-planting window, final soybean acreage is far from known. However, soybean ending stocks topped the 1 billion bushel mark- an emotional mark for soybean prices. U.S. soybean exports continue to struggle with lower world demand and competitive prices. The U.S. soybean beginning stocks for 2019/2020 were increased on softness in soybean export estimates for the end of 2018/2019. The reduced planting intentions earlier in the year and some switching from corn acreage could mean there is little price rally in a moderate reduction in soybean acreage or yield. An increase in soybean acreage would provide another bearish signal to an already soft market. While an increase in soybean acreage might sound crazy given current planting conditions, the current acreage count was already lowered in March.

A USDA issued press release on June 10th provided some details of the announced trade package.

Acres intended to be planted to Corn

The corn FPD for full crop insurance purposes in Ohio was June 5. Producers could still plant corn in Ohio at a reduced crop insurance guarantee of 1% per day after the FPD or they could take a prevented planting indemnity on Revenue Insurance (RP), Yield Insurance (YP) or other Common Crop Insurance Policies (COMBO). Producers have 4 options available for intended corn acres:

Given the calendar is starting the 3rd week of June, it is unlikely that there are many producers who are still planning to plant corn that have not done so. However, a relatively high 18% was planted last week in Ohio. Planting corn this late in the season is connected to the expectation that prices will increase through the year and be high enough to offset yield losses and added increases in drying costs. Two additional scenarios exist where producers will likely still see the benefits of planting a corn crop.

Still, it is difficult to see corn reaching black layer before the first fall frost. For acres where no input costs have been applied, yield and insurance guarantee declines along with current futures prices of $4.62/ bushel and an increase to drying costs do not suggest producers should continue to plant corn. As mentioned in the market update section there is a possibility for higher prices, especially if the market is on the high end of acreage estimates and summer weather is not cooperative for moderate yield variations. For producers that have applied some input costs, the window is almost closed for expected returns to be larger than the prevented planting corn payment. This varies on the producer and the level of input costs.

The last option to take 35% of the corn prevented planting payment and plant soybeans become relevant for corn acres after the late planting period has concluded (June 25 in Ohio). Producers do not have this option available to them at this moment. A consideration of this option needs to be made that historical production history or APH yields will be negatively affected decreasing the insurance guarantee in future years. At this time, market signals do not suggest this option provides returns that are larger than straight prevented planting payments of corn. The inclusion of a MFP payment on the planted soybeans could make this option comparable. It is hard to know without the release of county payment rates.

Acres intended to be planted to Soybeans

The FPD for soybeans in Ohio is approaching quickly and with only half the crop planted, there is the potential that large amounts of Ohio soybean acreage will be planted in the late planting period or classified as prevented planting under insurance policies. Producers should continue to plant soybeans up to the FPD if possible. Once the FPD on June 20is reached, producers have three options:

After the FPD for soybeans has been reached, the first option for soybean intended acres is to plant soybeans in the late planting period. Remember, like corn, the soybean insurance guarantee decreases a percent per day during this period. Yield declines in soybeans are harder to estimate given the variability in previous late planting years and final yields. The trend line does decrease with late planting but the variation in yields is larger as a percent than that experienced in corn. Economic considerations for planting soybeans versus taking the prevented planting soybean payment should first be calculated on the net return of the soybean crop above variable cost and the net return of soybean prevented planting payment. The calculations below are illustrated for an 80% coverage level on a RP insurance policy and a trend-adjusted actual production history of 50 bu. / acre. As mentioned in the policy section, the Federal Disaster Bill allows for the inclusion of the higher of the projected price or the harvest price. However, that is not guaranteed so the projected price of $9.54/bushel is used in these calculations.

The insurance guarantee for soybeans in this scenario is

However, producers planting soybeans do not receive the projected Variable costs will need to be subtracted from this an addition of a reasonable MFP payment. Using the Farm Budget for soybeans on the OSU Farm Office webpage, a variable cost of $220/ acre on soybeans seems reasonable. Adding in a $45/ acre MFP payment (it is not sacred about this value other than if you weight MFP payments in 2018 for corn and soybean acres the average is close to $45/acre) you get your expected returns for planting soybeans.

There is no MFP added to this scenario and we are assuming that there is no additional cost to include. It is possible that soybean seed has already been purchased and will need to be factored into the equation. However, a maintenance charge of $25/acre is included to manage the bare acres. This brings the prevented planting return to $203.96/ acre.

In comparison, the net return for planting soybeans was roughly $3/acre higher for planting soybeans given an estimate for possible MFP payments at $45. Outside of planting a soybean crop in 2019 and having low yields that could affect future actual production history values, the minimum returns to planting soybeans is similar to those of taking prevented planting payments. There is some potential upside to net returns if prices strengthen most likely due to further decreases in soybean acreage or U.S. soybean exports increase at the end of 2018/19, the beginning of 2019/20 or both. A price later in the season that provides a cash price (futures minus basis) above $7.63/bu. and a yield that matches the historical production of 50 bu./acre would calculate to a higher net revenue than prevented planting payments. Similarly, a yield of 45 bu./acre would need a cash price above $8.48/bu. to trigger a higher return than the prevented planting payment. Because of yield and insurance guarantees of 1% per day after June 20, the downside risk of planting a soybean crop will grow.

The above analysis is based on a set of assumptions for soybean planting near the FPD of June 20 in Ohio. It is assumed that the MFP payment will be $45/acre (again this is not a final rule, and should be seen as illustration purposes only) and that costs are roughly $220 per acre. Some producers will have variable costs included on prevented planting soybean acres- especially purchases treated soybean seeds.

Planting Corn And Soybeans In Mid-June