Strategies and Considerations for Termination of Cereal Rye Cover Crop

Fall-planted cereal rye is increasingly used as a cover crop to protect the soil during winter and spring in corn and soybean cropping systems across the Midwest. Our 2018 survey indicated that 77% of Wisconsin farmers and Ag professionals are interested in cover crops.

Fall-planted cereal rye is awakening and will start growing rapidly in southern Wisconsin; thus, it’s important to have a termination plan in mind prior to crop establishment. The following pictures demonstrate the rapid cereal rye growth during a 10-day interval in the spring of 2018: 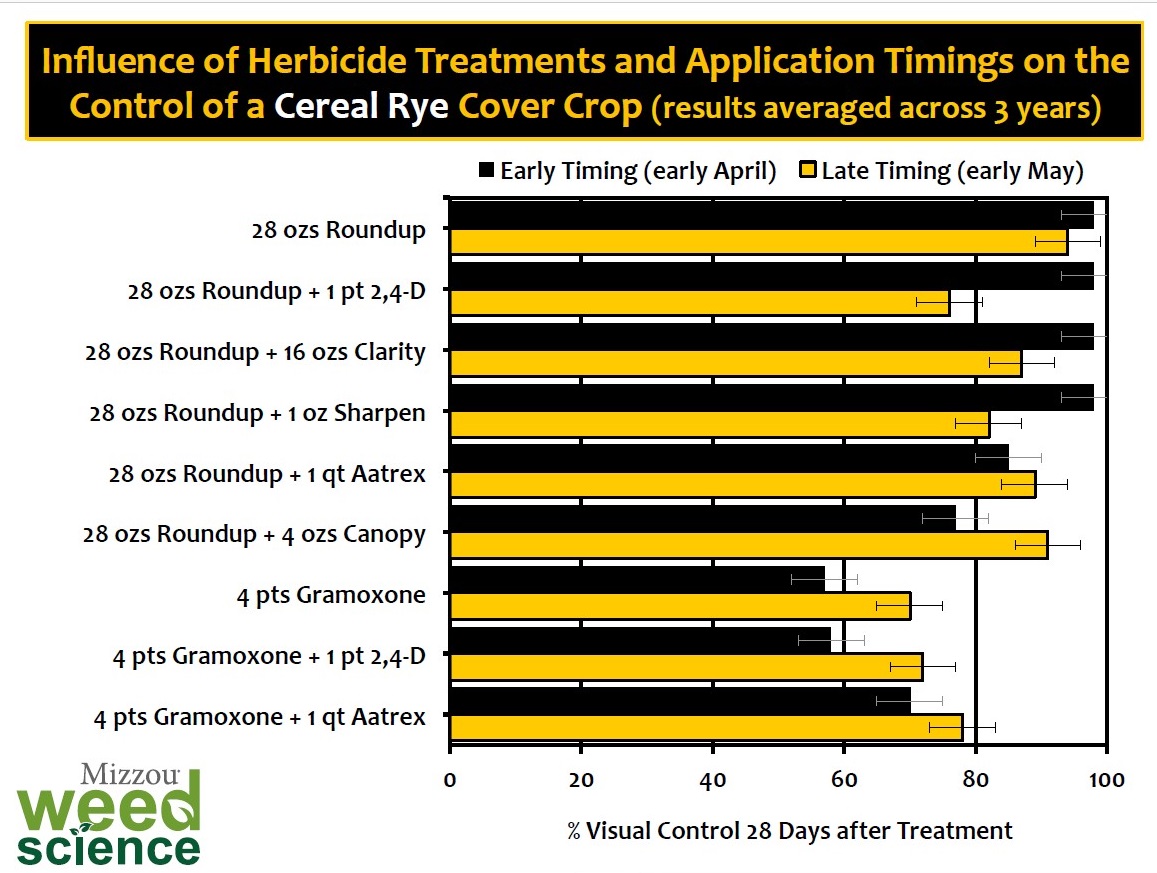 Figure 1. Influence of herbicide treatments and application timings on the control of cereal rye cover crop (results averaged across 3 years of research in Missouri). Data collected by Dr. Kevin Bradley’s research group at the University of Missouri.

According to research conducted in Pennsylvania, roller-crimpers can be used effectively for cereal rye termination after the boot stage (Figure 2). Although not widely used across the Midwest, the use of roller-crimpers is a viable strategy for producers that would like to have additional biomass in the spring before crop planting and use a mechanical strategy for cover crop termination rather than herbicides. 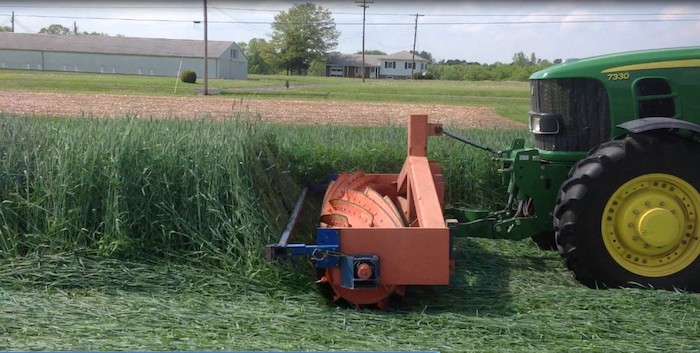 For additional information on roller-crimpers, watch the video: Advances using the roller-crimper for organic no-till in Wisconsin.