Early Planting of Wheat Can Lead to Several Problems

The general target date for planting wheat for optimum grain yields in Kansas is within a week of the best pest management planting date, or BPMP (formerly known as the “Hessian fly-free”) date (Figure 1).

If forage production is the primary goal, earlier planting (mid-September) can increase forage yield. However, if grain yield is the primary goal, then waiting until the BPMP date to start planting is the best approach (Figure 2). Planting in mid-September is ideal for dual-purpose wheat systems where forage yields need to be maximized while reducing the effects of early planting on reduced grain yields.

For instance, early-planted fields during 2016-17 had a better final stand as compared to later-planted ones in western Kansas, mostly due to lack of moisture for later planted fields.

If fields become too wet to plant by mid-October and stay that way through the remainder of the fall, then producers end up planting much later than the optimum planting date, and this is an incentive to start planting earlier than the fly-free date if soil conditions are good.

Ideally, producers should not start planting much earlier than the BPMP date, which can seem quite late to some especially in south central Kansas. Several problems can arise from planting too early: 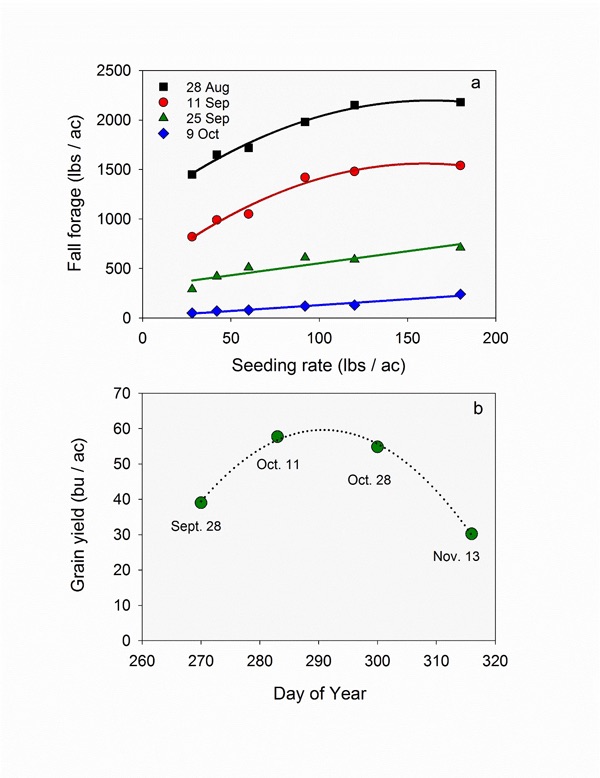 Early Planting of Wheat Can Lead to Many Problems