Long-term commitment to spreading the word links this year’s winners.

The influence of this year’s No-Till Innovator Award winners stretches a long way, from Ohio to Kansas, up to Pennsylvania and west to Idaho — and even across the oceans. The winners’ agricultural legacy is already well established: regions full of growers who have turned to no-tilling for improved profits, better soils and sustainable farming operations.

Syngenta Crop Protection and No-Till Farmer honored three outstanding individuals and one organization during an awards ceremony on Jan. 11 at the 16th annual National No-Tillage Conference in Cincinnati.

A committee of leaders representing different aspects of the no-till industry selected the 12th annual No-Till Innovator award winners in each of the following categories: Business & Service, Crop Production, Organization and Research & Education.

The number of conservation-tillage growers continues to increase steadily, due in part to the efforts of this year’s award recipients. Each has made important contributions to the no-till movement and was selected based on their dedication to the advancement of no-till farming, regardless of the type of crop grown or the equipment or products used. 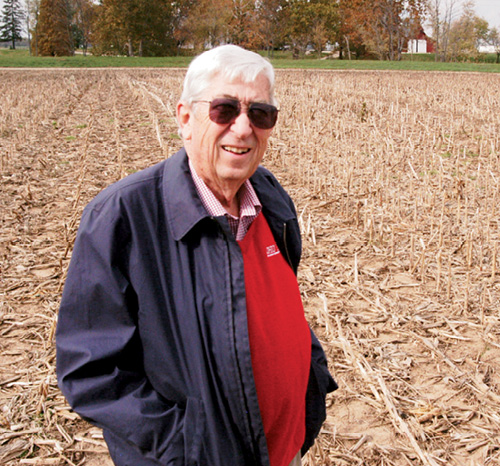 Bill Richards of Circleville, Ohio, got in on the ground floor of no-tilling, helped prove that it could be a viable way to farm, then helped establish no-tilling throughout the region. He started no-tilling more than 45 years ago and stayed at it for the long haul while no-tilling 2,600 acres of soybeans with his three sons.

Now retired, he continues to promote conservation-tillage farming throughout Ohio. While he was drawing the spotlight to no-tilling, the area news media took notice of his longtime efforts and dubbed him the “Grandfather of No-Till” during his term in Washington, D.C., as chief of the Soil Conservation Service, now known as the Natural Resources Conservation Service.

No-tilling itself was an innovation when Richards became interested in the practice. So he contacted local extension agents at Ohio State University for information gained through their no-till experiments. He also modified his own no-till equipment, and many of his designs were similar to those of today’s major manufacturers. Richards also was instrumental in establishing the residue management campaign in his county.

Throughout his career, Richards has been involved in spreading the word about no-till, attending countless informational events and speaking at many of them. 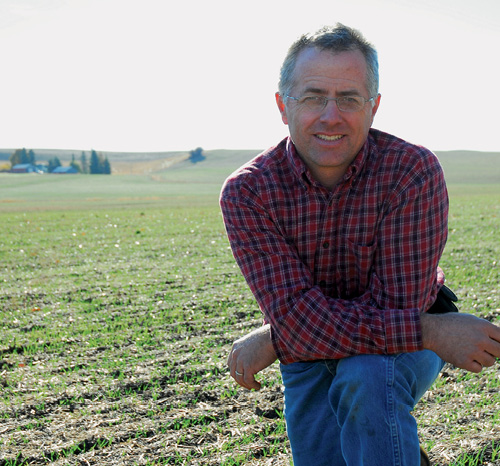 They’ve come a long way — and in the process helped bring many other growers into the no-till community. In 1998, a group of 15 Idaho farmers interested in direct seeding, as no-tilling is known in the Pacific Northwest, joined with their county agent to form the Clearwater Direct Seeders group.

The group, represented by David Barton at the awards ceremony, held informal monthly breakfast meetings to discuss direct seeding and the potential benefits. The Clearwater Direct Seeders has since grown to more than 70 members from 10 counties.

The group has helped stimulate interest in no-tilling in the Pacific Northwest, especially Idaho, and more acres are being direct-seeded in the Palouse area as a result. 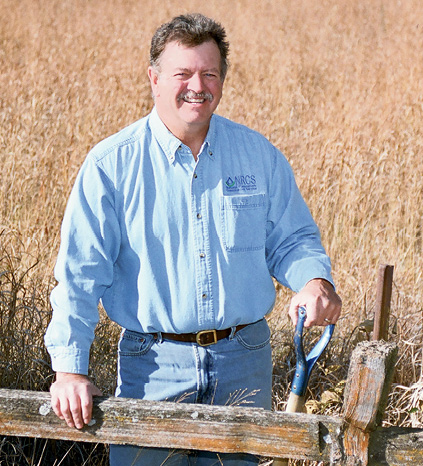 The word about no-tilling gets around. Bud Davis makes sure of it. He travels throughout the United States and internationally, giving soil quality presentations at 15 to 20 events each year, with no-tilling at the heart of those presentations.

He promotes all aspects of no-tilling, including information on crop rotation, c0over crops, carbon credits and more.

Davis’ efforts started in Kansas, where he served as a state agronomist for the Natural Resources Conservation Service for more than 15 years. He developed a significant interest in no-till management in 1993 and began promoting conservation-tillage throughout the state.

There is no doubt that Davis has had a major influence on no-till adoption in Kansas. As a state agronomist, he taught growers the methods needed to be successful at no-till and helped them work through conservation regulations and compliance issues. Through his projects and research, he has seen dramatic changes in the health of no-till soils. In many cases, water infiltration rates have doubled.

Davis has reached thousands with his no-till message of improving soil health as he works toward the goal of having conservation-tillage adopted by the majority of growers.

Don Hoover began working at the Binkley & Hurst farm equipment dealership in Lititz, Pa., as a salesperson more than 24 years ago. Today he serves as company president, focusing the dealership on meeting the no-till equipment needs of farmers in eastern Pennsylvania and surrounding areas. 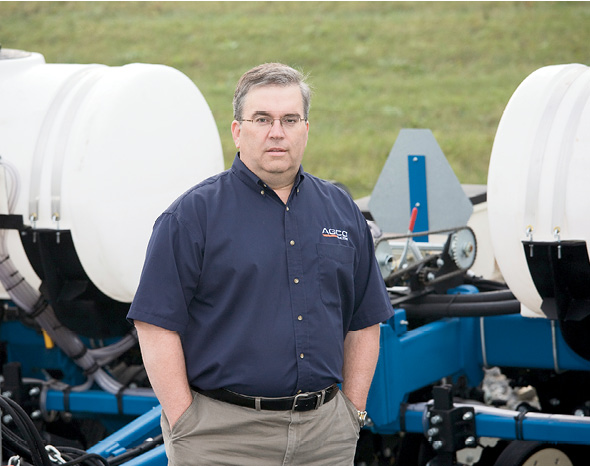 Binkley & Hurst employs nearly 70 workers, and significant amounts of their time and effort are used helping no-tillers on thousands of acres of no-till corn, soybeans, sunflowers and wheat. The company offers recommendations and demonstrations on equipment capable of no-tilling any of the numerous soil conditions found in the area.

Hoover began experimenting with no-till in the late 1980s and continues to promote the use of conservation-tillage methods, equipment and techniques. Hoover and other company representatives have spoken at the annual National No-Tillage Conference the past several years, offering valuable insights and ideas to 700 attendees each time.

Hoover believes no-tilling is a constantly evolving method of farming, meaning he and his dealership have to keep up with the changes and continue communicating new ideas to no-tillers so both the growers and the dealers can succeed.