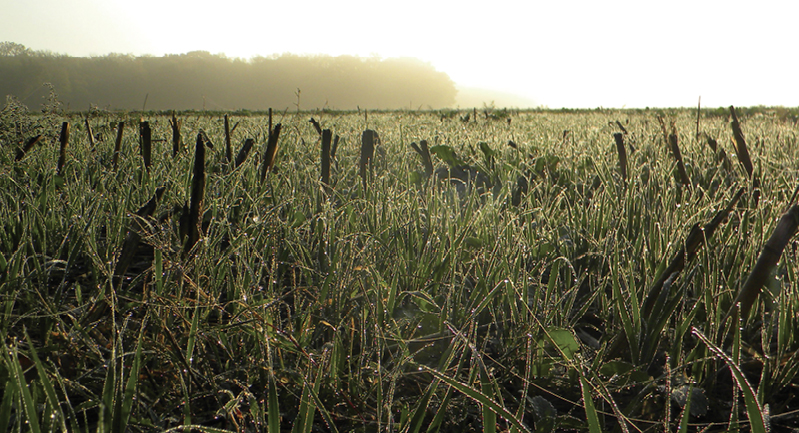 By Martha Mintz posted on May 1, 2012 | Posted in Seeding & Planting, Cover Crops

Here are tips and steps for no-tillers looking to plant and reap the benefits of multi-species cover crop mixes.

While no-tillers may have started dabbling in cover crops by planting two species at a time, these early adopters are now taking the natural next step by planting cover crop mixes.

Many of these mixes have ballooned to 10 or more species. And rather than one species crowding the others out — which is what most would expect — the different cover crops often act like a team, achieve greater results together than when planted individually.

This effect could open up cover crop options where they were previously met with challenge.

“In trials we’ve found combining radishes and oats resulted in 30% larger radishes than when radishes alone were planted,” says Mike Plumer, University of Illinois agronomist. “Achieving sufficient size and depth before winterkill has been the biggest issue for radishes in the Midwest due to later planting.

“Radishes typically die at 20 degrees, but adding oats gives the radishes a little cover to protect them and help them extend their growing season in the fall.”

By January both covers have typically winterkilled and, come spring, the field is easy to plant into, he says.

Gail Fuller, who no-tills 13 different cash crops near Emporia, Kan., reports similar findings. He’s been planting cover crop mixes since 2004 and has something growing 365 days of the year on every acre. He’s planted around 70 different species and has yet to find one that doesn’t work in his environment.

“It may not grow the same as it grows somewhere else, but it…