When planting double crop soybean, the latest maturing variety that will reach physiological maturity before the first killing frost is recommended, says the Ohio State University extension researcher. This is to allow the soybean plants to grow vegetatively as long as possible to produce nodes where pods can form before vegetative growth is slowed due to flowering and pod formation. 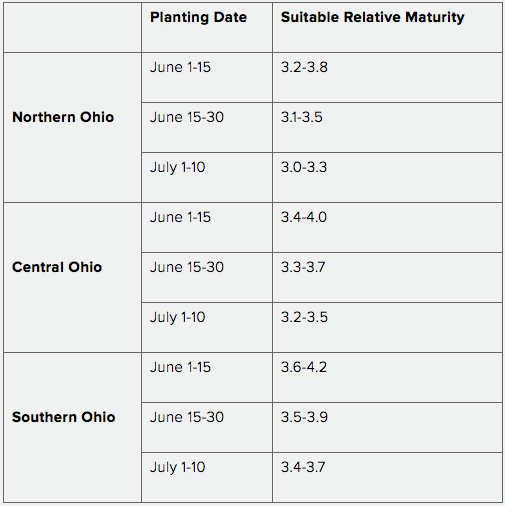 Double crop soybeans should be produced in narrow rows- 7.5 or 15-inch row spacing. The later in the growing season soybeans are planted, the greater the yield increase due to narrow rows. Soybeans grown in narrow rows produce more grain because they capture more sunlight energy, which drives photosynthesis.

Harvest plant population is a function of seeding rate, quality of the planter operation, and seed germination percentage and depends on such things as soil moisture conditions, seed-soil contact, and disease pressure.