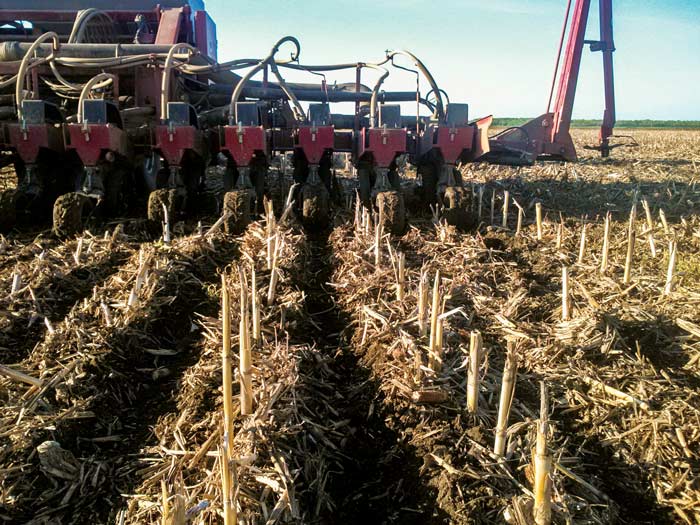 David Wessel’s recipe for no-till success lets him wring out profits from poorer ground and lean on covers and healthier soil to raise corn, soybeans and wheat more economically.

David Wessel isn’t afraid to make the most out of every no-till acre, whether it’s rich, black gumbo, timber or sandy soils, or anything in between.

Three decades of no-till practices, cover crops and livestock integration are building organic matter, and the Chandlerville, Ill., grower has the data to prove it. This setup is also providing Wessel diverse sources of income.

Wessel no-tills 2,000 acres of crops, which breaks down to 900 acres each of corn and soybeans, 100 acres of wheat and cereal rye and another 100 acres of alfalfa and red clover. He also manages a 75-head Angus cow-calf herd.

Most of his acres are in a 20-square-mile area along the Sangamon River, which is the largest tributary into the Illinois River. “If there’s a soil type in our county, I’m probably farming it,” says Wessel.

His acres include heavy black gumbo, timber soils with some clay in it and sandy soils on the upper riverbottom where he does 350 acres of irrigation drawing from the Mohomet aquifer.

His father, Jerry Wessel, started no-tilling cash crops when the farm was only about 600 acres back in the 1980s and…

Turning to Covers for Better Soils and Livestock Health