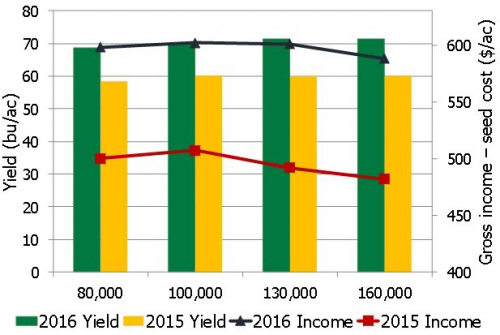 I want to be clear that Michigan State University Extension does not recommend reducing planting rates to 80,000 or 100,000 seeds per acre. However, the data clearly shows that some very low plant stands can produce excellent yields. Growers can use this information when making replant decisions. They can also compare their planting rates to the rates evaluated in the trials to see if they have an opportunity to increase farm income by reducing planting rates in 2017.

Can Weed Seed Production be Reduced with Late-Season Herbicide Applications?