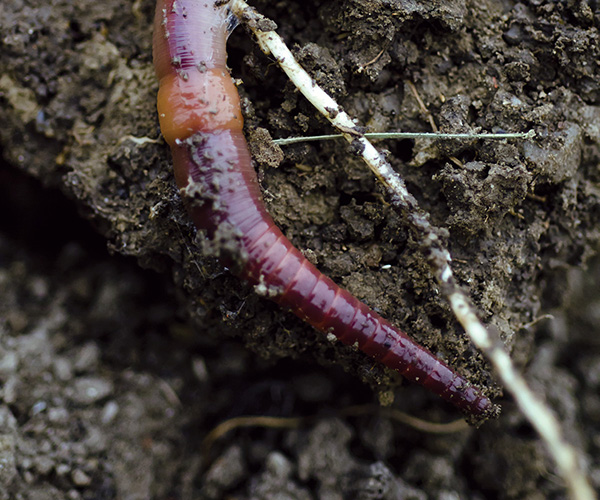 Earth’s natural tillers do everything from supplying free “manure” to increasing nitrogen to spreading microorganisms and more.

When a farmer switches to no-till, they will probably find they can apply 60 to 80 fewer pounds of nitrogen in their cornfields, but still get the same yields.

Why? Were they applying too much nitrogen before, and losing it? Or is it coming from the soil?

These were questions Odette Ménard and her farmers faced when she first began to study soil conservation. They found the answers in little middens that appeared all over fields they observed.

Originally, they thought the middens were caused by soil and water erosion, since they had placed residue on top of the soil. But upon closer inspection, they realized it wasn’t erosion creating them.

The ‘culprit’ was earthworms.

Under the middens were holes, with about 8 to 10 inches of decomposed leaves inside. The reason for this is for the earthworm’s protection: deaf and blind, they use residue to shield themselves as they seek out food. It also helps them retain moisture around their skin, which is why earthworms are typically seen at night or in wet conditions.

“It became an indicator of good soil health, and now when I go through a field and I see that, I have the feeling that something’s going on very well in that field,” Ménard told attendees at the 2013 National No-Tillage Conference earlier this…