Observation was the first thing that helped the Rohrich family in North Dakota realize the benefits of converting to no-till practices.

Mark Rohrich, his brother Allan and father Thomas adopted no-till in 1996 after seeing many of their neighbors were retaining moisture and improving their soils through no-till.

On some 3,700 acres near Zeeland, N.D., the Rohrichs raise sunflowers, spring wheat, soybeans and corn. Thomas, third generation on the farm, takes care of most of the farm’s day-to-day chores while Allan works as a John Deere salesman in Wishek and Mark serves as partner and agronomist at Maverick Ag in Ashley.

Average annual precipitation in the area ranges from 14-18 inches. For many years, the Rohrichs and many of their neighbors were raising small grains and had some hay production and ran cattle on pasture. 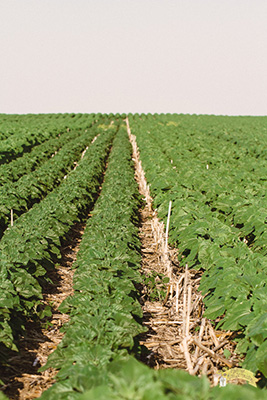 Using traditional tillage, the Rohrichs were working the ground three times per year, tilling soil in spring, during the growing season and again in fall.

“We know now we took at least one quarter of an inch of moisture out of the soil every time we tilled it,” Mark says.

The first year or two of no-tilling, the Rohrichs didn’t own a no-till drill and hired someone with a drill at planting time. One of the first changes they observed was reduced erosion. After nearly 20 years of no-till, they see virtually no runoff and erosion unless they experience a very heavy rain event.

Even though they realized some no-till benefits the first couple of years, it took the Rohrichs 4-5 years to see a significant crop response to improving soil conditions.

When Thomas started no-tilling, he raised wheat, barley and oats on a small scale, dabbled in sunflowers and raised some corn for silage. Prior to no-till, their wheat yields averaged 20-30 bushel per acre, but after nearly 20 years of no-till, they harvest 70-90 bushels per acre.

Under no-till, the Rohrich’s wheat seeding rates and planting depth remained the same. The dry fertilizer blend they use includes potash and sulfur, which is typically 10-34-14-4.

A draper header is used to combine wheat, and standing stubble is left as tall as possible to help catch snow over winter.

“Our combine is set to carefully distribute what wheat chaff there is,” Mark says. “Even distribution is important at planting time. Our average protein content now is around 14, part of which we attribute to use of effective fertilizer and a carefully selected wheat variety.” 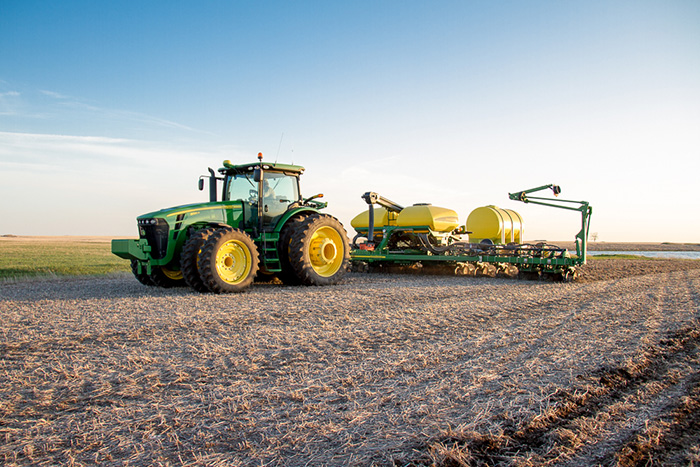 In-furrow starter fertilizer is applied to crops at planting and dry fertilizer is broadcast in the field. Soil sampling results are the Rohrichs’ basis for determining annual fertilizer needs.

After establishing no-till, the Rohrichs began diversifying crop production by increasing their corn acres and adding sunflowers to their rotation. The changes resulted in fewer weed, pest and disease issues.

They now plant two broadleaves and two grass crops, and their typical rotation is sunflowers, spring wheat, soybeans, corn and back to sunflowers.

“The sunflowers are deep feeders, which allows them to tap into any lost nitrogen from our corn crop,” Mark says.

The biggest challenge the Rohrichs face in their no-till system is having enough patience to hold off planting until soils are warm and dry enough.

“One year we had the driest early spring any of us can remember and we thought our wheat would probably not come up,” Mark says. “We went from those dry conditions to receiving 4 or 5 inches of rain that kept our planter parked for 3 weeks. It’s not unusual for us to play a waiting game at planting time.”

Because of Allan’s affiliation with John Deere, the Rohrichs use a John Deere 1890 drill to plant wheat and soybeans on 7½-inch rows. They were satisfied with the performance of the drill just as it was and didn’t need to modify it in any way. 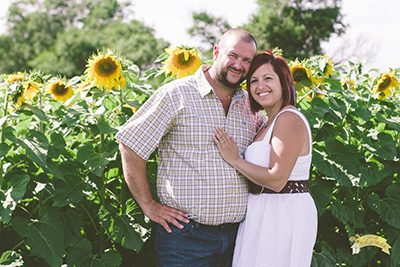 The Rohrichs use soil sampling to determine their fertilizer needs, hiring a company to take samples from the same point each year. The results are used to create variable-rate planting populations and fertilizer programs for corn.

Dry commercial starter is placed in the seedbed for wheat and soybeans, and in-furrow starter fertilizer is used for sunflowers. Dry urea is broadcast in wheat, soybeans and sunflowers at planting.

Corn crops receive an in-furrow liquid popup in the seedbed and dry urea and ammonium sulfate are broadcast in the field.

“The only thing that’s probably different about our fertilizer application is our added use of sulfur in starters, and our dry fertilizer,” Mark says. “We find our soils lack sulfur because our atmosphere is cleaner now than it used to be.”

The Rohrich’s Deere 4730 self-propelled sprayer is a key tool in keeping weeds at bay. The sprayer’s 133-gallon gas tank allows for daylong spraying, and the electrical fuse panel makes it easy to quickly change row spacing. 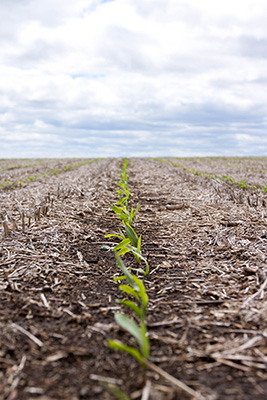 Scant rainfall has always made wheat and small grains a viable crop for the Rohrichs. In their no-till system, they drill wheat using the same population and have seen wheat yields increase from 20-30 bushels to as much as 90 bushel per acre.

The Rohrichs attack weeds with both a postharvest burndown and pre-emergence treatment in the spring.

When it comes to integrating cover crops into his family’s system, Mark isn’t sold on cover crop benefits. Since dispersing their cattle herd in 2009, they don’t need a winter grazing resource, making cover crops less appealing.

“I saw several growers in the area plant cover crops into wheat stubble the fall of 2014,” Mark says. “We didn’t get the moisture the cover crops needed to germinate and they didn’t emerge until temperatures were falling well below freezing, so there wasn’t much benefit in our area.”

Even if the cover crop had emerged, Mark is still undecided about whether or not cover crops steal moisture from subsequent cash crops.

“As an agronomist, maybe I think of all of this in a more scientific way than some farmers,” Mark says. “I struggle with the concept that cover crops don’t take away from soil profile moisture.

“In my mind, it doesn’t matter whether that moisture is used to grow weeds or to double crop — which is essentially what a cover crop is.  I won’t say we’ll never use cover crops, but right now I believe it takes moisture from the following crop and we need every drop we can capture.”

If wheat prices were better, Mark believes his family would produce more of it. While details of the Rohrich’s future farming strategies have yet to be determined, Mark is certain of one thing.

“We’ll never return to conventional tillage,” he says. “Today’s input costs are plenty high, but we’re more profitable because we don’t need a big line of tillage tools or nearly as much labor to produce crops and our yields have improved greatly.

“Part of that increase is from improved genetics and utilization of fertilizers. Combined with no-till practices it’s making our farm sustainable.”