WASHINGTON (Dec. 3, 2015) — The Samuel Roberts Noble Foundation and Farm Foundation are unveiling a new organization that will be focused on improving soil health in the U.S.

Organizers say the Soil Health Institute (SHI), to be based in Research Triangle Park, N.C., will serve as the primary resource for soil health information, working to set soil-health standards and measurement, build knowledge about the economics of soil health, offer educational programs, and coordinate research in all aspects of soil and soil health.

The announcement coincides with World Soil Day on Dec. 5, and celebrates the 2015 International Year of Soils.

“The Soil Health Institute will provide much needed research funding so we can better understand our soil,” he says. “We will make that research publicly available, so we can work together to provide solutions for improving our soil and protecting it for our children and grandchildren.”

The SHI will have a board of industry leaders, a majority of which will be farmers and ranchers, and an initial three-person staff with a president, CEO and research director, Buckner says. SHI’s organizers are still adding candidates to serve on the board, which has its first meeting Friday.

The Noble Foundation will contribute $20 million over the next 10 years for the launch of the Institute, but additional contributors are needed, Buckner says.

The launch of the Soil Health Institute arose from the Soil Renaissance, an initiative established in 2013 by the Noble Foundation and Farm Foundation to advance soil health and make it the cornerstone of land use management decisions.

Their work identified the need for a national organization to serve as a hub for measurement standards, economic data and coordinated research.

“There are many short-term initiatives in progress that are regionally focused or examining only selected elements of soil and soil health,” says Neil Conklin, president of the Farm Foundation. “The Soil Health Institute will be a permanent organization that will coordinate the long-term work needed in this area.” 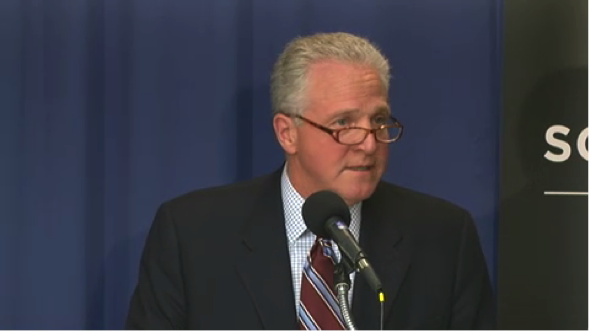 “Currently many organizations doing a great job to manage soil health," Buckner adds. “We will drive a national effort to build upon their achievements, and also work to eliminate unnecessary research duplication. There has been research done for decades that is out there that we can’t access. We want to build research maps that lead to outcomes.”

One of the first projects to be tackled, which is expected to take 2-3 years, is a “national soil health assessment” to establish a national baseline and update soil health standards.

Buckner believes the idea of soil research has been lost over the last decade or so as researchers became excited about plant science and building what is often called the ‘Grain Revolution.’

“What we need today is a Brown Revolution, recognizing that the plant, if it’s not in a healthy environment, isn’t going to grow productively anyway,” he says. “What we see today is that the state of soil health is a huge unknown.

“What we’ve theorized is one third of our soil degraded, a third is average and a third is in great shape,” Buckner says. “But the fact is we’ve never done an assessment of soil health in this country.”

For more information about SHI, go to www.soilhealthinstitute.org.

Soil Health Institute Appoints Inaugural Members to Board of Directors