Much of the 2015 Nebraska corn crop experienced prolonged stress and sometimes wounding earlier this season. While most of the crop looks good, we are beginning to see early evidence of problems developing, in particular, stalk and ear rot diseases. Growers should watch for early symptoms and consider monitoring high risk corn fields for stalk and ear rot diseases as harvest approaches.

Weakened stalks have already become evident in some corn. Remember that high winds can lead to lodged corn where stalks have become weakened by stalk rot diseases and other problems. 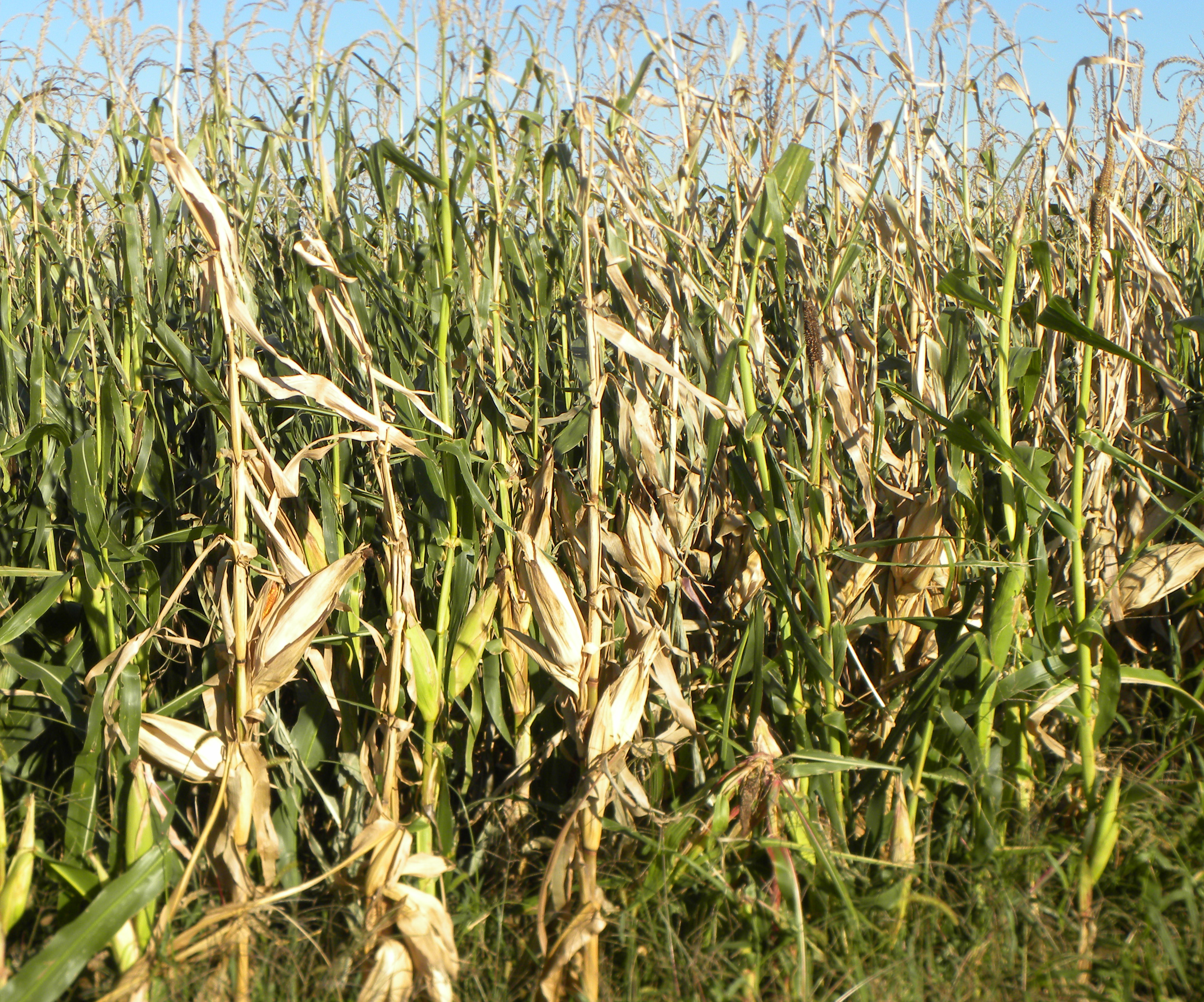 Figure 1. Early discoloration of some plants can be a symptom of stalk rot. Push, pinch or split symptomatic plants to assess for stalk rot diseases.

Crop stress during the 2015 growing season has and will likely contribute to the development of some stalk rot diseases. Pay special attention to fields that have one or more risk factors for stalk rot diseases and lodging:

The first indication of a problem could be the early, and sometimes rapid, discoloration of the corn plant turning from green to brown or gray (Figure 1). Individual plants or patches of several plants may be affected. Affected plants often have stalks that are hollow and easily crushed by hand or bent using the "push or pinch" test. 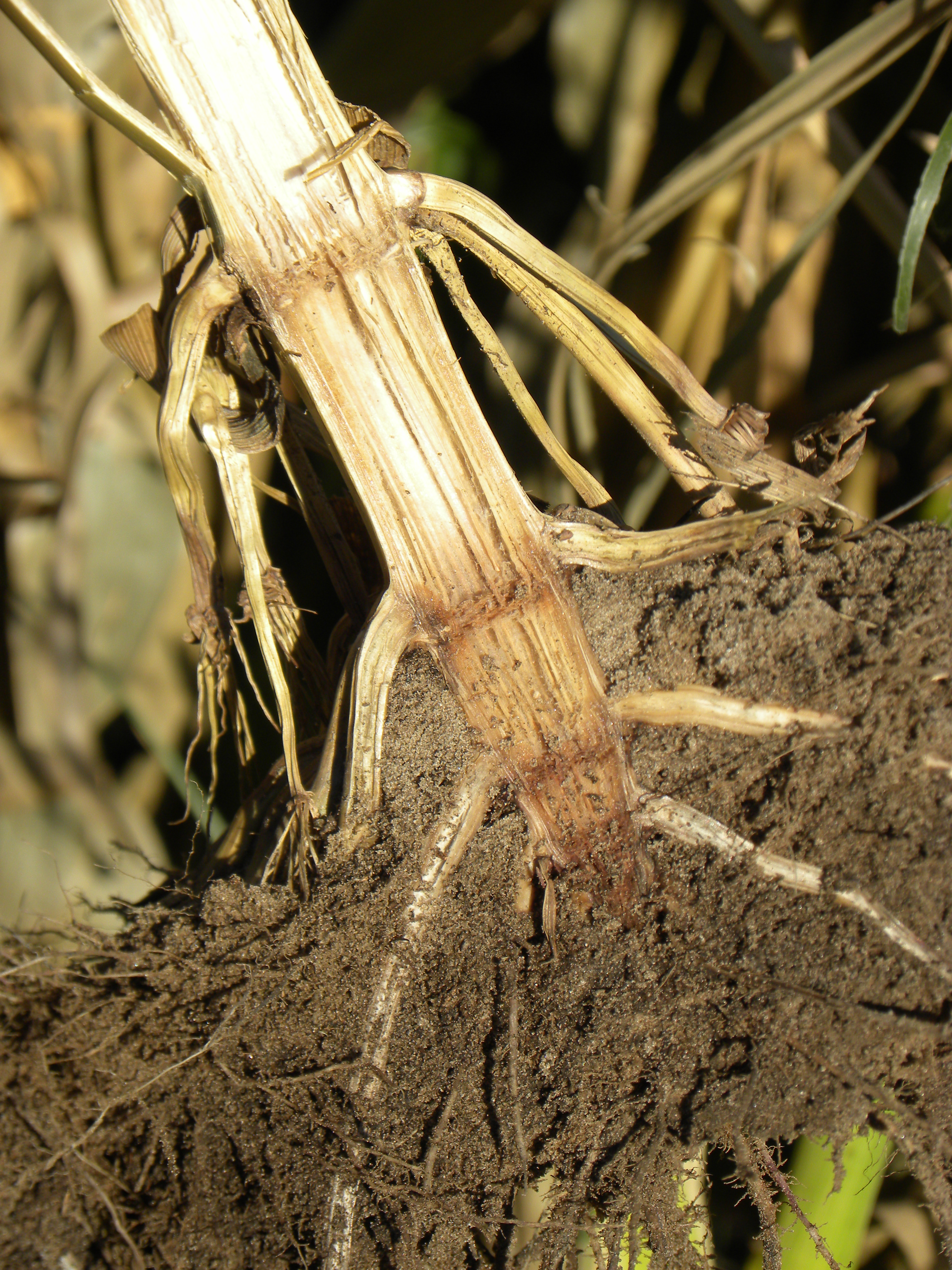 Figure 2. Crown discoloration is evident when splitting the stalks of many prematurely senesced plants and can sometimes reveal rotted and weakened tissue inside.

Stalk rots can occur at any point in the stalk from the crown at/below the soil line (Figure 2) all the way to the tassel. Rotting that occurs at an upper node and kills only the upper plant parts is referred to as "top rot" and does not necessarily cause lodging of the whole plant. However, degradation of the stalk below the ear can lead to plant lodging and losses during harvest.

Similarly, an early sign of ear rot disease (Figure 3) is the early discoloration of the ear husk or even evidence of white, cottony mold on the outside.

Affected ears also may droop sooner if the shank has been weakened, allowing the ear to tip over. Inside the husks, fungal growth may be evident on the ear or between the kernels, which also may be discolored.

As corn begins to senesce and harvest approaches, you can conduct push or pinch tests to evaluate stalk strength. Walking through a field, randomly select a minimum of 100 plants representing a large portion of the field.  To test for stalk rot, you may choose to push the plant tops away from you approximately 30° from vertical.  If plants don't snap back to vertical, then the stalk has been compromised by stalk rot. 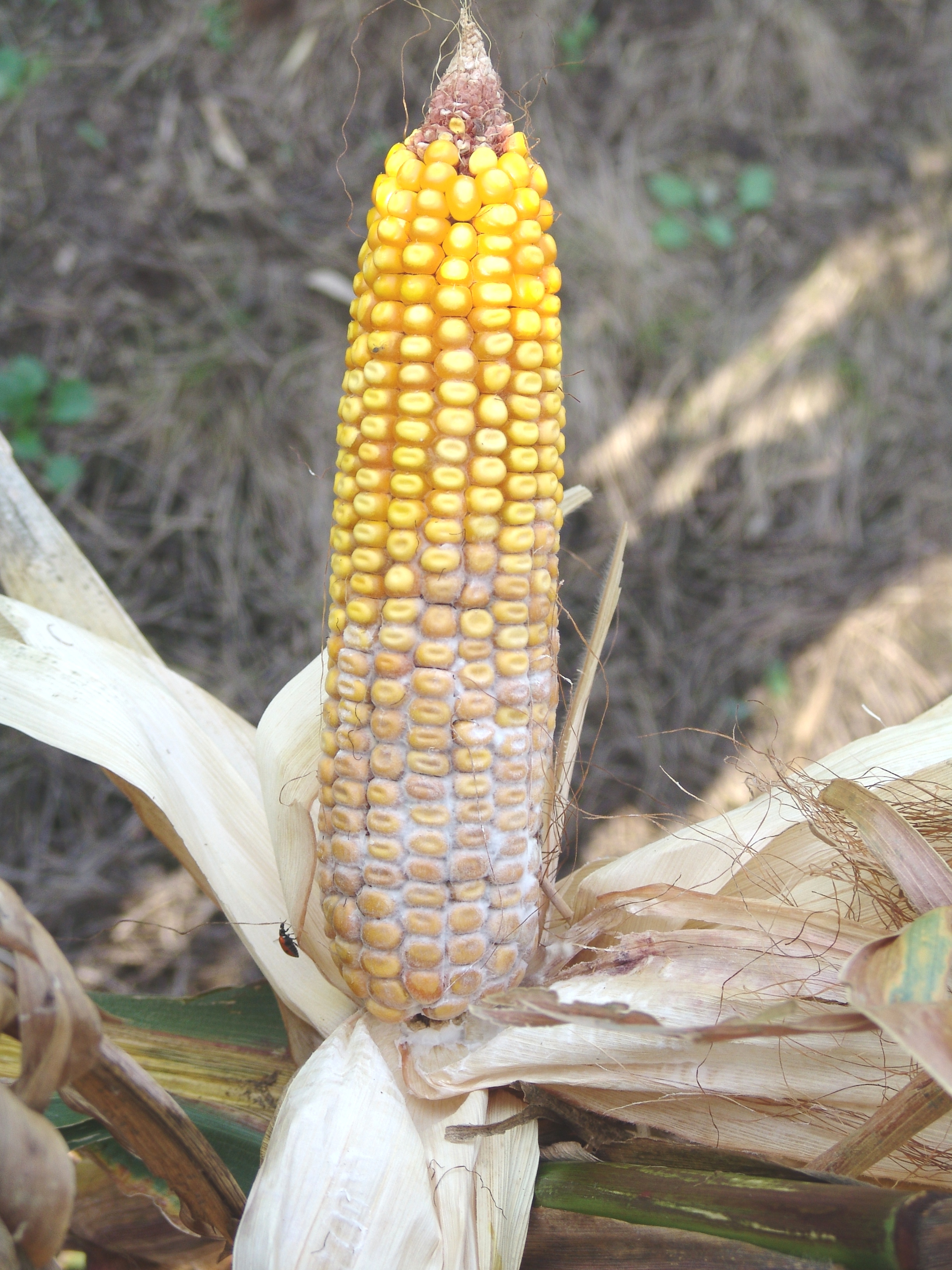 An alternative method is to use the pinch test to evaluate plants for stalk rots. Pinch or squeeze the plant at one of the lowest internodes above the brace roots. If the stalk crushes easily by hand, its integrity is reduced by stalk rot and it will be prone to lodging.

If more than 10% of plants exhibit stalk rot symptoms, harvest that field before other fields at less risk to reduce the chance of plant lodging and the potential for yield loss.

Similarly, when scouting for ear rot diseases, you must open the husks to inspect the ear and kernels for discoloration or fungal growth.

Nothing can be done at this point in the season to stop stalk or ear rots in corn. Affected plants will continue to degrade and weaken over time. You can minimize your losses by identifying which fields have the worst stalk rot diseases and harvesting those fields first.

Consider harvesting or chopping fields that are heavily impacted by stalk rots first to minimize losses that can occur after lodging. Avoid storing grain from fields with ear rot diseases. If necessary, it can be stored for a short time if cooled and dried to less than 15% moisture within 48 hours of harvest to slow mold growth.

If you are in doubt about the identity of a disease or cause of another plant problem, you can submit a sample to the UNL Plant and Pest Diagnostic Clinic (PPDC) for diagnosis. For more information about these and other plant diseases or for instructions and forms for submitting samples to the PPDC, visit the clinic site on CropWatch.unl.edu.