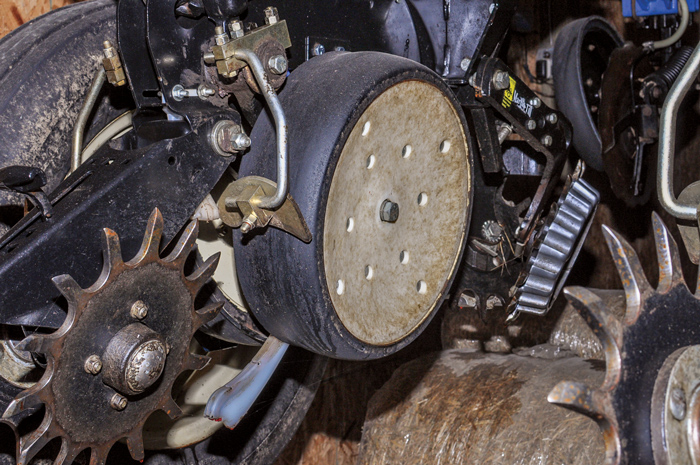 Marshall Alford's decades-long experiences with cover crops and no-till corn and soybeans have helped him protect and preserve the soil, improve crop emergence and boost his fertility program.

Pictured Above: Even Emergence. Marshall Alford runs floating Martin row cleaners with depth bands, Keeton seed firmers and Martin spiked closing wheels on his Kinze 3600 planter. He says the spiked closing wheels don’t pack the soil around the seed like press wheels would and help achieve even emergence.

Growing up on his family’s farm, Marshall Alford noticed the tobacco and corn they grew on the back furrow always raised the best crop. It was ground that was never plowed and never washed.

Years later on his own farm, he started telling landlords he was interested in trying no-till, but didn’t think any of them would go for it.

“This one will,” one landlord told him.

So in 1985, Alford no-tilled corn on part of the landlord’s field, which happened to be frequently wet and tough to raise corn on. But the crop emerged and was taller than the rest of the crop.

“When we combined it, it didn’t take long to see the difference,” Alford says. “I thought, ‘We’re just going to go 100% next year.’ So we started and kept on.”

When Alford and his wife, Darla, moved to their corn and soybean farm in Moores Hill, Ind., in 1969, the ground was white when it was dry. The land had been a dairy farm up until 1963, and in the 6 years that followed it was rented to farmers who planted soybeans on it every year, causing the soil to lose all of its carbon…