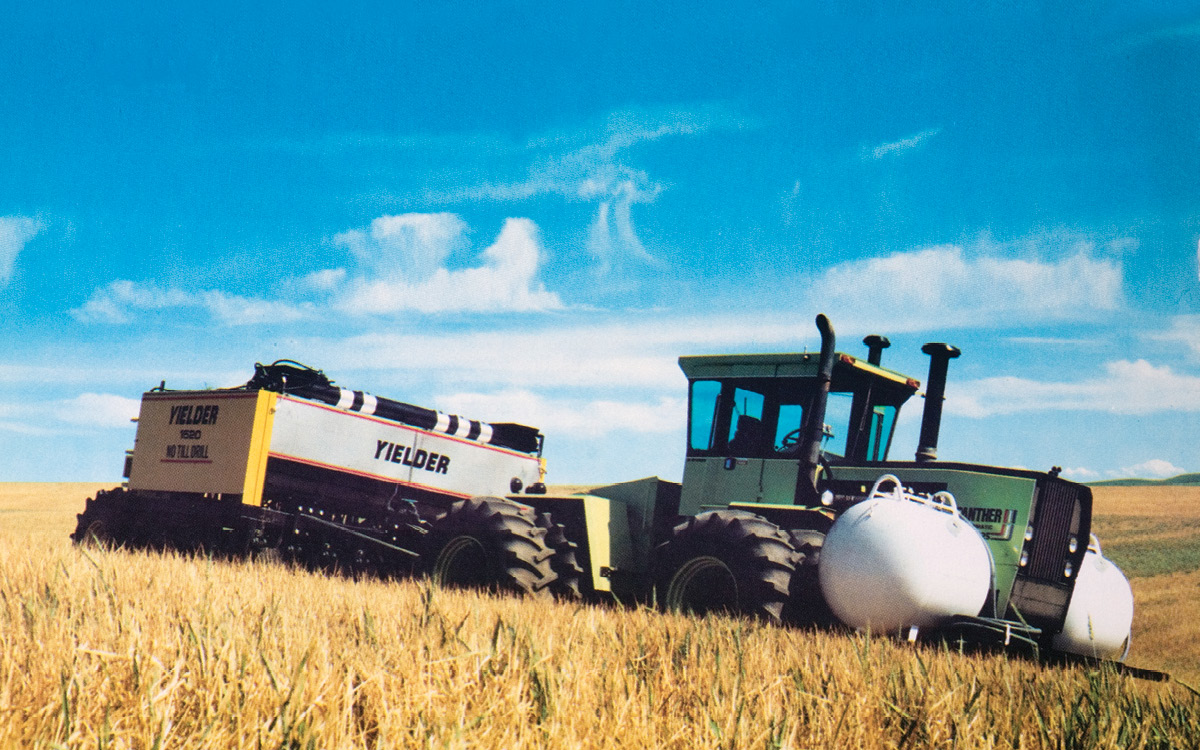 Bringing No-Till To The Palouse

Guy and Mort Swanson played key roles in developing no-till in a unique region that both desperately needed — and could easily live without — the practice.

The Palouse straddles the Idaho-Washington border, where wind-deposited soils create undulating Loess hills with extremely deep and fertile soils. It’s known as one of the world’s most productive grain-growing areas.

Unfortunately, in 1978, the U.S. Department of Agriculture also pinpointed the region as having one of the highest soil-erosion rates in the country.

The region’s soil works both for and against no-till, Swanson says. It erodes extremely easily, so no-till is a great option — but the soils also are deep and fertile, so production isn’t as affected by loss of topsoil as it is in other crop-producing regions.

This makes some producers resistant to change.

“There are gigantic margins in the Palouse region,” says Swanson, who is now owner of Spokane, Wash.-based Exactrix Global Systems, a maker of fertilizer-injection equipment. “Moisture comes when we need it, and the rich soil can erode severely and still produce a great living for farmers. People can still plow today if they want to.”

Swanson’s family has been farming the Palouse region since the early 1900s and watched agriculture there evolve for nearly 100 years.

When Swanson’s great grandfather first came to the area, there was plenty of livestock and lots…