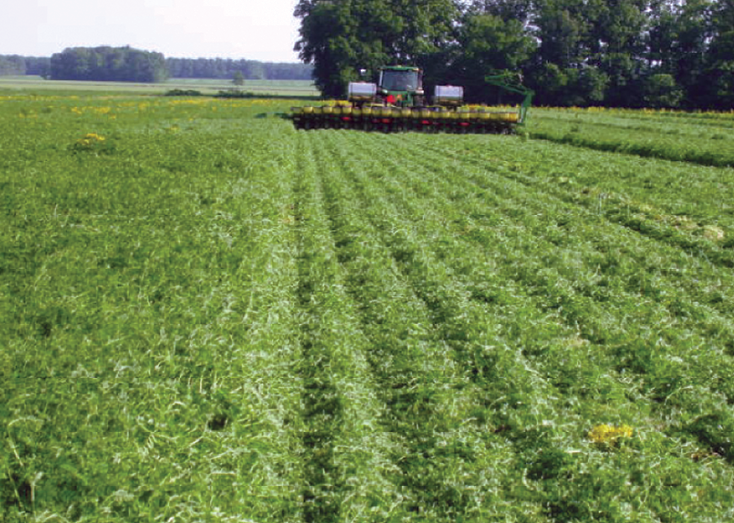 By John Dobberstein posted on October 1, 2012 | Posted in Cover Crops

The right covers can transform tough soils, but no-tillers must fight past early challenges to find what works on their farm, Terry Taylor says.

Terry Taylor has spent much of his adult life figuring out how to unlock the potential of cover crops on his southern Illinois farm.

To be successful with cover crops, it’s important for no-tillers to start with a basic program and not take setbacks on their farm personally, Taylor told attendees at the 2012 National No-Tillage Conference.

Taylor farms 1,600 acres of corn and 400 acres of soybeans near Geff, Ill., about 100 miles east of St. Louis, Mo. He’s found the organic components in corn do the best job of building soils, but cover crops help him further by loosening and fortifying soils that are not well drained or the most fertile. 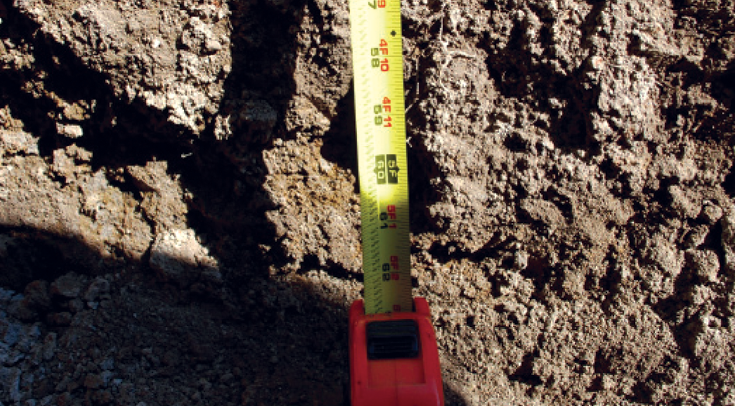 Taylor described an albic layer — a nearly white fragipan in his farm’s soil profile — that has little or no structure and forces roots to move through cracks and fissures.

“If we don’t get a root through that layer before the soil dries out in June, it never will go through,” Taylor says. “It’s a cap to all our rooting opportunities for the rest of the summer.

[Podcast] Strategies for Getting Off the Starting Block with Cover Crops: Part 1

[Podcast] Strategies for Getting Off the Starting Block with Cover Crops: Part 2