By Ron Perszewski posted on February 1, 2005 | Posted in Seeding & Planting

Looking for a better way, these no-tillers learned from experience how to get the most corn from their fields.

No-tillers considering moving into a corn-after-corn cropping system can look to Kelly Cheesewright and Randy Hathaway for encouragement and advice. Cheesewright and Hathaway have made corn on corn work for them in western Indiana and offer tips based on their experience.

If possible, Hathaway, of Veedersburg, says, “You want to be thinking about this a year or so in advance. Two or 3 years ago, after harvest, I ran my Zone-Builder in the middle of my corn rows then I came back and split those middles the next year. So I ran the Zone-Builder for 2 years on 15-inch centers, then I no-tilled my corn and never touched the soil again unless there were any high-traffic areas that need breaking up.”

And, he notes, “Unless you fix your drainage problems, you’re probably not going to be very happy no matter what kind of system you’re using. Get that taken care of, along with any compaction problems you might have.”

Hathaway and Cheesewright agree on the need for residue management before no-tilling the first corn into corn stubble.

“Start with a well-drained field,” says Cheesewright, of Dana. “Get that residue broken down before spring so you can no-till into it. Put some nitrogen on the stalks early in the fall to get the microbes feeding on the residue. I use 30 to 50 pounds per acre, on top. If you’re using 28 percent liquid nitrogen, try to get it on before the rain so you can cut your losses. If you can get it into the ground, that would be best. 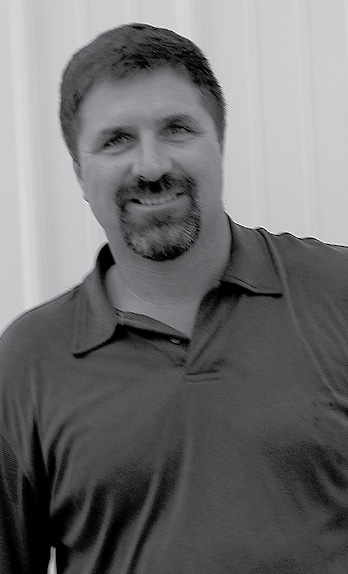 “If you wait too late into the fall,” he adds, “the microbes aren’t as active and you’re not going to get the stalks broken down as much as you want. Then those microbes will take nitrogen away from the crops next spring to break down the residue.”

Hathaway also works to manage the corn residue, but with a twist. “When it comes to spreading nitrogen on the residue in the fall, I spread 2 tons of chicken litter on every acre going into corn,” he says. “I’m a big believer in chicken litter. It’s just manure straight out of the barn. It hasn’t been processed.”

“The average analysis is 60 to 70 units of nitrogen, and roughly that for phosphorus and potassium, per ton, but I’m told that only half the nitrogen is available the first year,” he adds. “The average moisture content is 20 to 25 percent.

“You want it dry, the drier the better. And the nitrogen-phosphorus-potassium manure analysis will depend on the type of chickens and the rations fed to those chickens. The litter also stimulates earthworms, and they take the residue down into the ground.”

During the spring, Hathaway says, “I run 20 to 25 gallons of 28 percent UAN per acre through my no-till planter. But if you’re going to use that much, slide it out. I’m probably 3 to 3 1/2 inches away from the row and 2 inches deep. I caution against getting that hot of a strip of 28 percent nitrogen too close to the row. Then come back and sidedress it anywhere from the spike to the two-leaf stage. I don’t like to wait on sidedressing; I want my nitrogen out there early.”

Cheesewright advises, “Get as much nitrogen on up front as you can in the spring. We like to get 50 to 60 units on with the no-till planter, so that the corn crop is never sitting still. We don’t run a nitrogen lag. If you put on only 20 units, you get in trouble if you don’t get it sidedressed on time. That corn plant is going to suffer.”

He added Case IH depth-control wheels last year — “but the jury is still out on that — and he calls the Keeton seed firmers “a must.” He says, “I really like the spading closing wheels. I see no downside to them, and they really work well in wet soils.”

About the lack of coulters, he says, “My experience is that a coulter just wants to grab the dirt, lift it and throw it. I see no advantage to it. It’s just another piece of iron you’re trying to stick into the ground. If you can’t get the planter to penetrate without a coulter, I don’t think you’ll get it in with a coulter.

Cheesewright warns, though, that if coulters are not used, the disc openers are subjected to additional wear and must be inspected often and replaced as needed.

Choosing corn hybrids is critical in a no-till corn-on-corn system, Cheesewright says. “If you know you’ve got a disease in that field, you want to acknowledge that. If you no-till corn back into that field, make sure the hybrid you plant has a high resistance to that disease. That’s important, regardless of what the disease is.”

He adds, “I’ve got a wide selection of hybrids out there now that have a high degree of disease resistance. Number one is gray leaf spot, and we saw northern leaf blight last year in one of the hybrids.”

Hathaway says he no-tilled Pioneer 34H31 last year and it did well, though he had hoped to plant M94 due to its greater resistance to grey leaf spot. He also recommends using a hybrid that will perform well in a high-residue environment.

Insecticides are another important consideration.

“We’ve been hit with pressure from western corn rootworm, wire worms and seed corn maggots,” Cheesewright notes. “We’re using seed treatment and a combination granular or Poncho 1250. The 1250 is good for low- and moderate-infestations of western rootworm and it covers more secondary pests than anything else you can get. But if you’ve got heavy pressure, I’d recommend using granular Aztec, Force or Counter. Be careful about the staying power of some of the others.”

Hathaway says he uses Aztec in a Smart Box formulation for protection against insects. 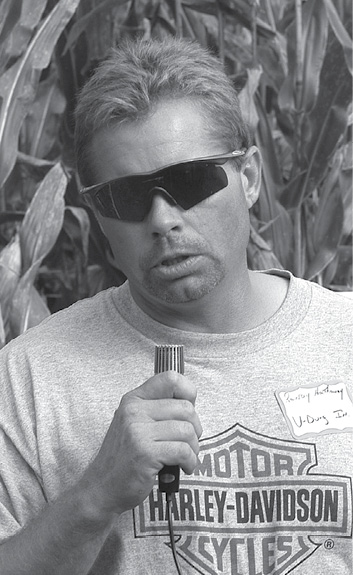 “We got a way better stand out of the no-till drill, but way more top growth out of the seeding from the airplane,” he says. “If you fly it on, get the corn crop off as soon as possible. If you leave the corn on late, you’ll be very disappointed with your stands. I had areas that were great and areas that were bare. I’m not going to fly it on any more.”

Ryegrass was used in both corn back to corn and also in corn going into soybeans. The cover crop was burned down April 5, when it had about 4 inches of top growth.

“Where I went back to corn, I used simazine to keep the ryegrass from coming back,” he says. “Where I was going to beans, I used straight Roundup. It looked great for a while, it did a little tillering and I had to spray my in-crop pass of Roundup a little earlier than what I would have if I wasn’t going after the ryegrass that was coming back.”

The corn was no-tilled 10 days after the burndown, and the ryegrass proved its worth during a dry planting season, Hathaway says.

“The top growth was dead and brown,” he recalls, “but the root growth was still succulent, and it was so thick and dense, there was no way for the ground to get hard. There was so much root mass in the planting zone that it couldn’t crust. I’m excited about the ryegrass and being able to plant into it.”

Both Cheesewright and Hathaway are pleased with their results and plan to stay in continuous no-till corn. Hathaway says his dryland, corn-on-corn yield average is similar to his corn after soybeans yield. He adds, “I expect nothing less out of my no-till corn after corn than I do out of corn after beans, and I hope in time it will get even better.”

Continuous Strip-Till Corn Works If You Pay Attention To Details