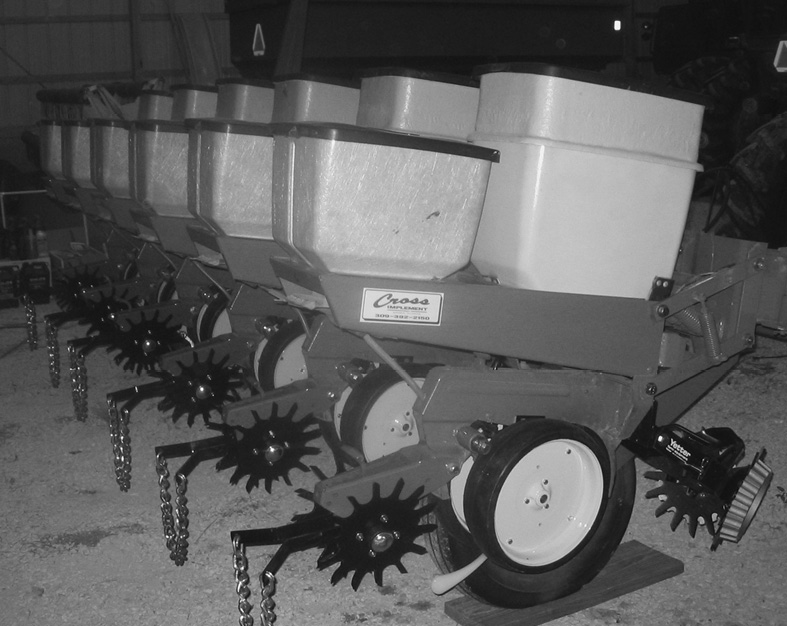 Illinois no-tiller takes on the challenge of creating a new planter from a worn-out model and ends up with a like-new planter for about a third of the retail cost.

Strolling through his dealer’s lot, Paul Butler had his eye on a new no-till planter. But, no matter how hard he pushed the pencil, he couldn’t justify the purchase. “A new model with the features I wanted was going to cost $28,000 to $32,000,” Butler says. “I couldn’t afford that expense.”

Butler, who farms near Macon, Ill., returned to his farming roots 3 years ago. “I grew up on a farm and was away from farming for about 20 years,” he explains. “I started farming some family ground, and now I have 250 acres of corn and soybeans.”

That he re-entered farming as a no-tiller was unlikely. “I was probably as anti no-till as they come,” Butler admits. “My farming history included riding on a tractor.”

But neighbor Jeff Martin, who assisted Butler with planting in the first few years, persuaded him that no-till was the way to go. “He convinced me that I could start farming with less equipment and less horsepower,” Butler says. “That’s how I could afford to get back into farming.”

Butler wanted a no-till planter that offered flexibility in his operation, but he knew a new planter was out of the question. “I was just starting out,” he says. “I couldn’t just go out and buy a new planter.”

However, he also believes that the planter is the most critical piece of equipment for a no-tiller. “The planter is incredibly important,” Butler says. “You have only one shot to get the seed…

Premium content is for our Digital-only and Premium subscribers. A Print-only subscription doesn't qualify. Please purchase/upgrade a subscription with the Digital product to get access to all No-Till Farmer content and archives online. Learn more about the different versions and what is included.
KEYWORDS Illinois used planter

Rebuilding Soil from Years of Tillage with No-Till, Covers

Turning Your No-Till Planter Into A Money-Making Machine