If a harvested field catches fire, no-till farmers should assume at least some of the field nutrients went up in smoke, according to university researchers writing about the topic recently. 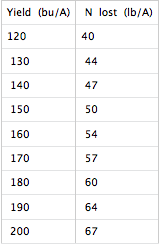 Jim Camberato, from the Agronomy Department at Purdue Univ. in West Lafayette, Ind., says occasionally a field catches fire after a harvest and questions arise on how much nutrient loss occurs.

The answer? “Nearly 100% of the nitrogen and 70-90% of the sulfur are lost to the atmosphere during stover combustion,” Camberato says. “These nutrients are lost directly to the atmosphere in various gaseous forms and are not retained to any appreciable extent in the ash.”

In a soil fertility update from the university dated Sept. 27, Camberato says most other nutrients are retained in the ash and will be available to the next crop if they remain in the field.

“However,” he adds, “these nutrients can be lost if the ash is blown off the field by wind.” Previous research documented that 20-40% of the phosphorus and potassium in several types of stover drifted away from the fire, presumably in smoke and particulate matter.

Nutrient content of stover can vary based on many factors, so the stover in a field may differ from these average values.

Rainfall and microbial decomposition will remove nutrients from the stover, lowering the potential for the loss of these nutrients from fire. Potassium in particular leaches easily from plant tissue, even before grain harvest.

N is volatilized and lost when plant material burns.  Phosphorus and K remain and return to the ground with ash. However, P and K could be lost if ash is blown away from the field during or after the fire.

“Fire damage in a field is usually variable in scale,” they add. “Not all material is completely turned to ash, and rarely is the entire field burned. Understanding what was burned and how much area was affected has an impact on the total amount of N lost.”

To estimate how much N was lost, the grain yield level for the previous year must be considered. The harvest index (in corn, the ratio of grain weight to total plant dry weight) is another piece of information that must be known (if unknown — assume 0.5).

“Providing a relatively accurate measure of the area affected is obviously important,” the authors write. “Additionally, recognizing the residue remaining and adjusting the material burned can provide a more quantitative measure of the actual damage (if this is unknown - assume 100%).”

The table below provides a simple estimate of N lost based on the previous year’s corn yield (assuming a harvest index of 0.5 and yield adjusted to 15.5% moisture). (Remember: the N contained within the corn residue would not have been released and made plant available for next season’s crop.)

Along with the loss of N, carbon contained in the plant material is lost as well. It would have been incorporated into the soil organic fraction. This, too, has value.

While there is no specific dollar amount tied directly to a loss of organic matter, an Iowa State University article recommends that one dollar per acre should be claimed.

“Unfortunately, the economic impact associated with the loss of residue cannot be fully realized until later, especially in fields with high erosion potential,” the authors write.