Army cutworm feeding damage has been recently spotted in Finney County, Kansas and may be seen in Nebraska crop fields in the near future.

As temperatures warm up, it is an important time to scout for this pest, particularly in winter wheat and alfalfa.

Of the many cutworm species in Nebraska, the army cutworm is the most damaging in western Nebraska. Economic damage from other cutworms, such as the pale western cutworm, dark-sided cutworm and variegated cutworm, is rare.

The army cutworm damages alfalfa, wheat, sugarbeet, canola and various rangeland grasses. There have also been reports of army cutworm feeding on pulse crop seedlings, such as field peas and chickpeas.

Because army cutworms overwinter in Nebraska as larvae in the soil, they are one of the first caterpillars to be seen in the spring. Last year, in late September and October, army cutworm moths laid their eggs (females are capable of laying 1,000-3,000 eggs) directly on bare soil, such as in newly planted winter wheat or heavily grazed patches of range.

After rainfall, these eggs hatched over an extended period, leading to a variety of caterpillar sizes feeding and developing as long as temperatures were adequate (approximately higher than 45°F). When the weather turned colder, the caterpillars burrowed down into the soil to spend the winter. Now, caterpillars will be emerging from the soil on warmer days to feed (Figure 1). 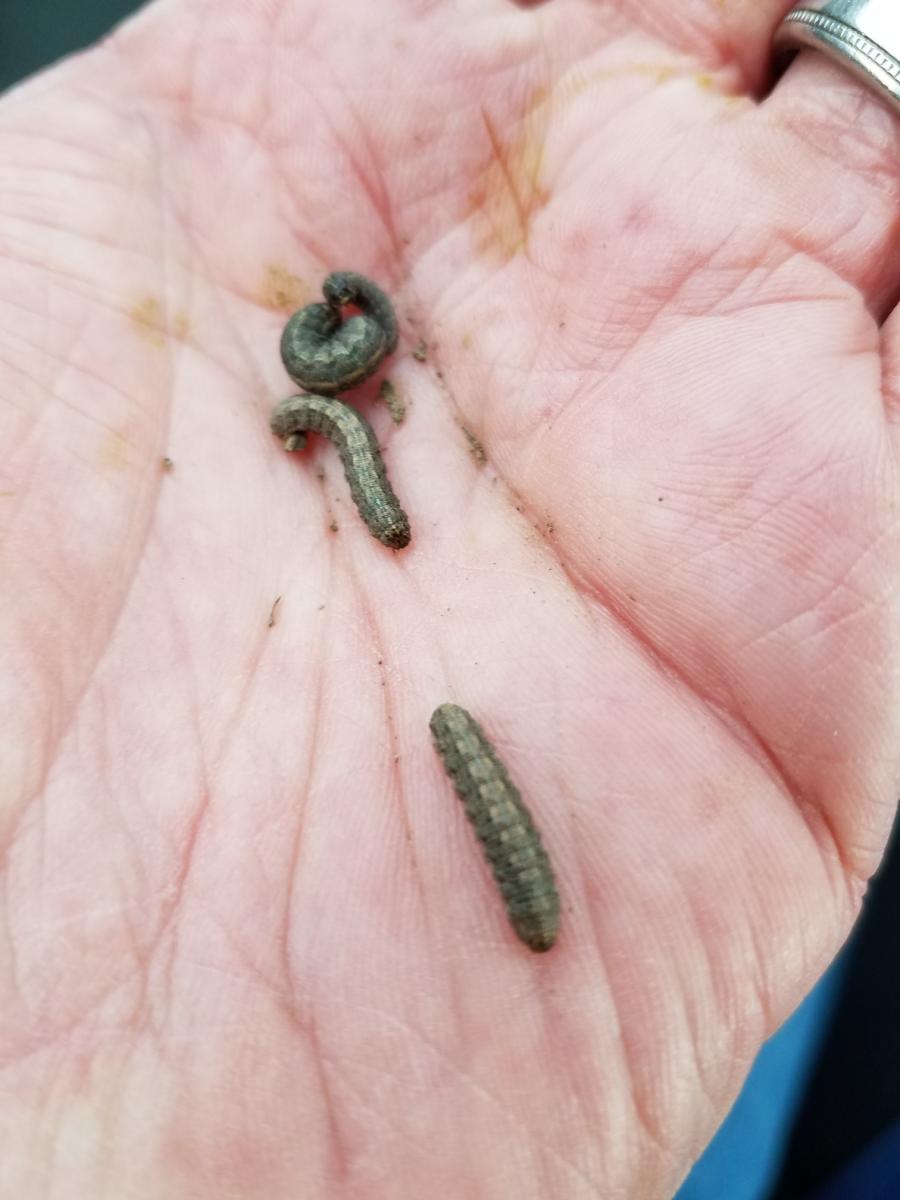 Figure 1. These small to medium-sized army cutworm larvae were found in a winter wheat field near McCook Nebraska on March 17, 2020.

Army cutworm larvae are greenish-brown to greenish-grey caterpillars, approximately ½ to 2 inches in length (Figure 1). Feeding damage from army cutworm larvae can vary from grazing leaf tips and chewing on the sides of wheat seedlings (Figure 2) to complete stand reduction. In infested fields, you may see higher than usual bird activity, especially in the early morning; birds will often feed on army cutworm larvae when they are in high numbers.

Based on the populations of caterpillars observed in the spring of 2020 and the large number of miller moths in early summer 2020, it is likely that we will again see populations of this pest in 2021 that require scouting and attention.

Scouting fields for this insect now and in the coming weeks is recommended. As we continue into April and wheat breaks dormancy, this would be a good time to scout for cutworm activity. 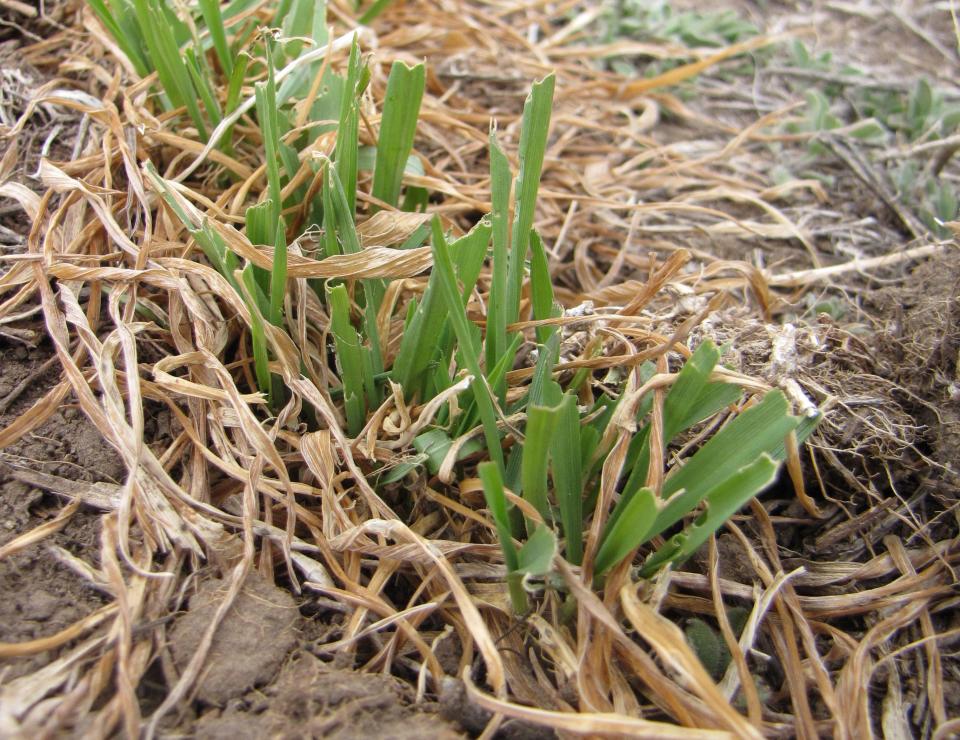 New or stressed alfalfa stands (for example, stands that suffered from some winterkill) require a lower threshold because they are more prone to damage from cutworms. Army cutworms only feed at night and seek out dark, sheltered areas during the day.

Turn over clods of loose soil and residue for accurate cutworm counts. If army cutworm counts are above the threshold, consider an insecticide application. Always read pesticide instructions carefully before use.