According to the September Purdue University-CME Group Ag Economy Barometer, cover crop usage has received a lot of attention in recent years. To learn more about cover crop usage, Purdue University's survey included several questions on cover crops. Nearly 4 out of 10 corn/soybean producers in the September survey said they intend to plant at least some cover crops in fall 2020. Two-thirds of the farmers who intend to plant a cover crop this fall have been planting cover crops for more than 4 years whereas just 7% of respondents said this would be the first time they planted a cover crop on their farm. 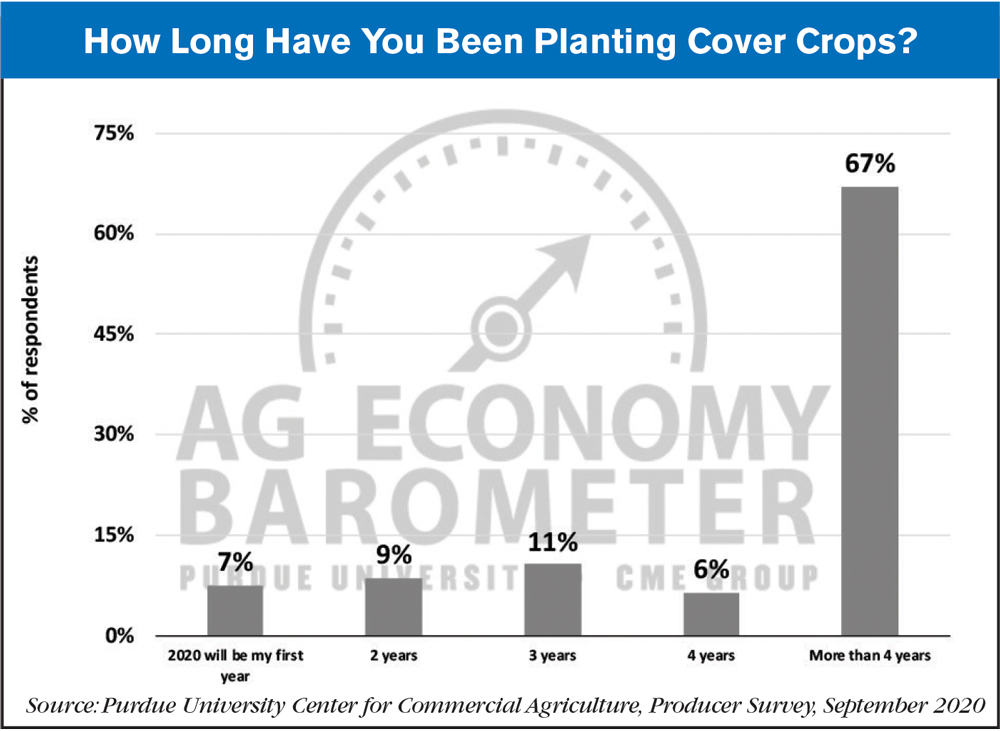 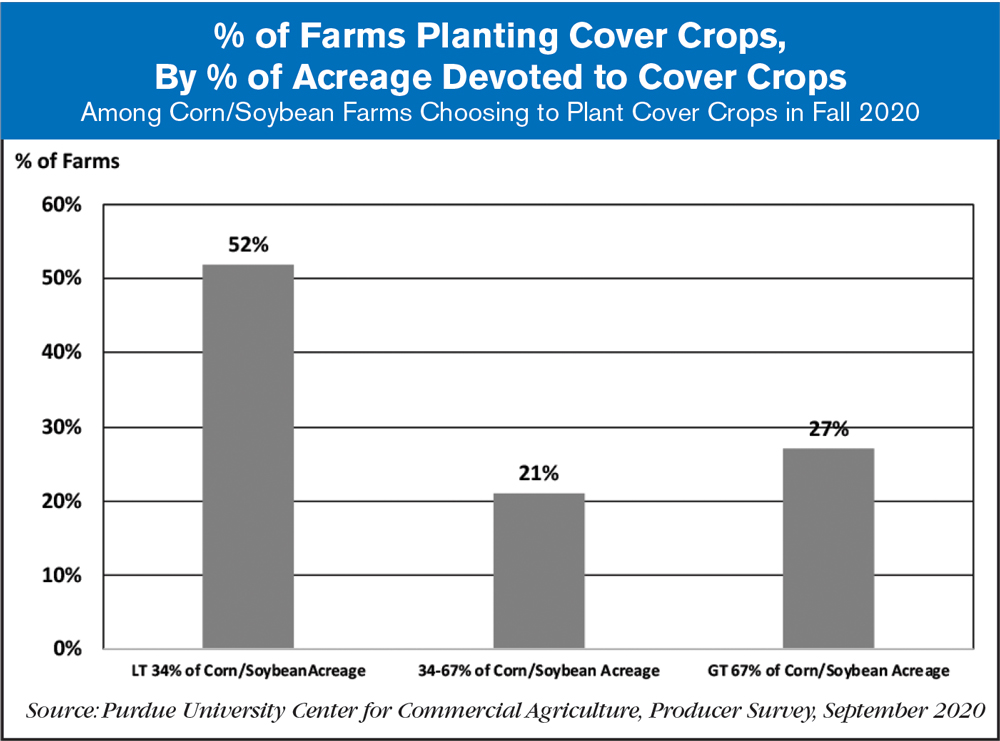