Once harvest is completed in the fall, many growers want to take a big sigh of relief—that year’s cropping season is finished. But for those who want to take advantage of cover crops, wrapping up harvest means it’s time to dust off the drill. This time, cover crops are being seeded.

That is what the results of the first annual Cover Crop Strategies Cover Crop Benchmark Study found to be the case. Seventy-one percent of growers stated that they seeded cover crops in the fall and/or winter in 2019.

But growers are also seeking the benefits of cover crops year-round. Some 35% said they seeded covers in spring in 2019, while summer was the season of choice for 52%. Each grower has to choose the timing that works best within their operation.

“We try to get a cover crop in after peas and let them go for the rest of the summer, sometimes putting winter wheat and rye in with it so we have something going in spring after we plant corn or soybeans into it,” says Andy Hoenhause, a grower from Lisbon, N.D.

There are many options for growers to choose from when it comes to selecting a method for seeding cover crops. Eighty percent of respondents say they drilled in cover crops last year, while broadcasting was the method of choice for 22%. 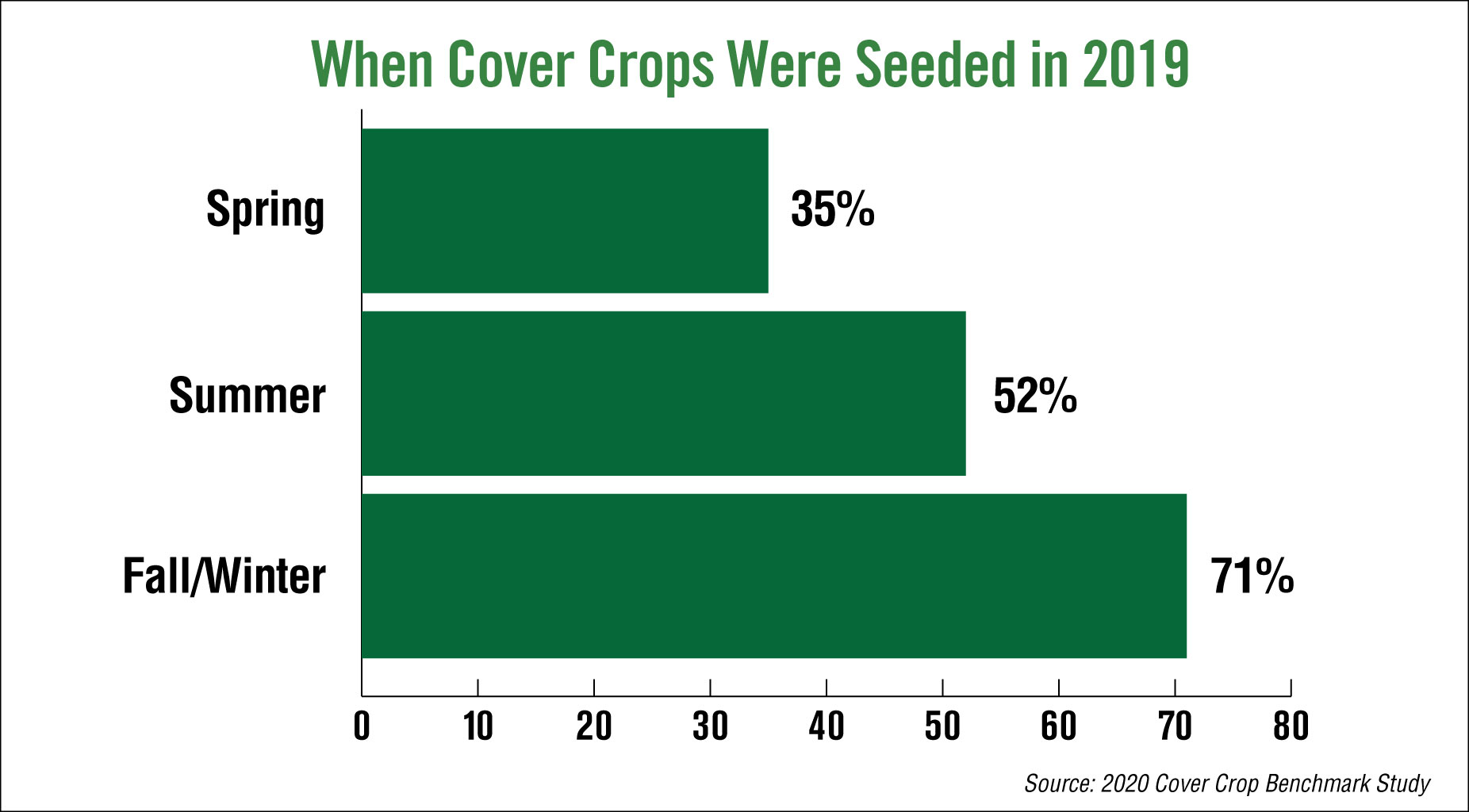 “When we get to full-season and double-cropped soybeans, we’ll broadcast cover crops and lightly work them in,” says Rock Hall, Md. grower Trey Hill. What is your go-to equipment for getting cover crops seeded in a timely manner? Why does this work best?

Succeeding with Aerially Seeded Cover Crops — Even in Spring!