“In trials, Authority Edge herbicide has demonstrated better in-season control of driver weeds than competitive products. It is an excellent foundational herbicide,” says Godfrey Lue, FMC herbicide product manager. “The optimized ratio of sulfentrazone to pyroxasulfone in this proprietary herbicide premix offers very strong weed control performance with use rate flexibility to fit with other in-season residual programs growers are using today. In soybeans, Authority Edge herbicide may be followed by Anthem MAXX herbicide, early post, as part of a sequential residual strategy.”

In a 2019 Southern Illinois University soybean trial, Authority Edge herbicide provided 98% control of waterhemp, 42 days after a preemergence treatment, exceeding the length of other treatments. In a 2019 University of Tennessee trial in Jackson, Authority Edge herbicide provided 98% control of Palmer amaranth and 83% control of pitted morningglory 28 days after application, compared to just 71% and 72% control with a competitive standard herbicide. 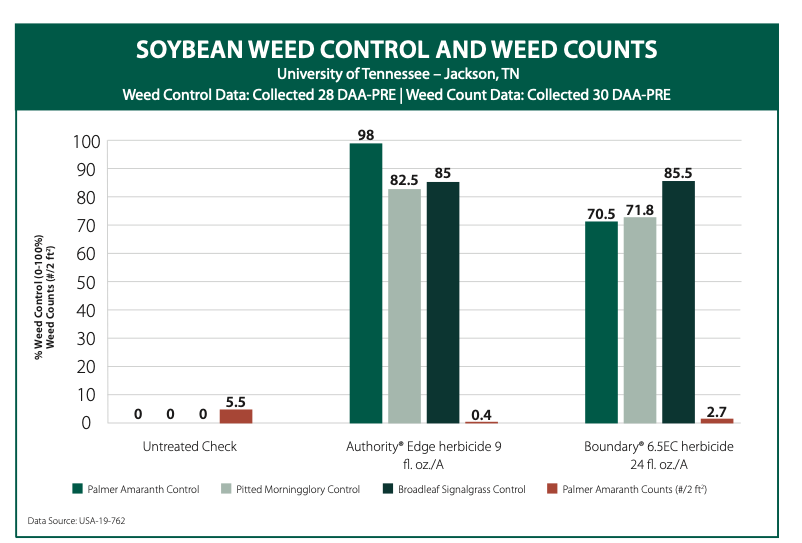 Available in a convenient low-use-rate and easy-to-use liquid formulation, Authority Edge herbicide is labeled for fall and spring preplant and preemergence applications, up to three days after planting. FMC has applied for and anticipates having Authority Edge herbicide available for tank mixing with different products including XtendiMax with VaporGrip Technology, Engenia herbicide, Enlist One herbicide and Enlist Duo herbicides.