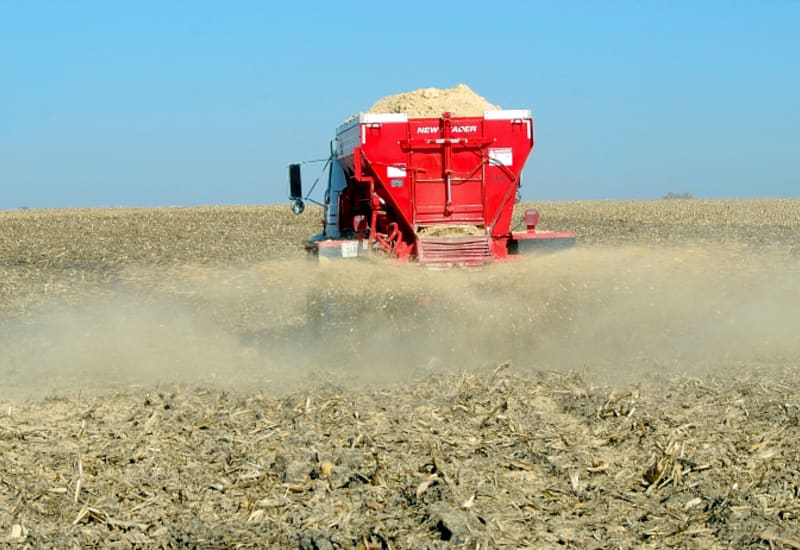 In either its natural or synthetic form, gypsum has been increasingly recognized as a valuable soil amendment, promising reduced erosion, improved soil organic matter and more efficient nutrient uptake.

The following article is based on Ken Curtis' presentation at the 2019 National No-Tillage Conference. To watch other presentations from the event, click here.

No-tilling about 2,000 acres in Prairie City, Ill., Ken Curtis calls the area where he farms “Forgotonia.” Nestled between the Quad cities, Peoria and Quincy in a region without any interstates, he’s blessed with good soils of only 3 different types. “We’ve got good dirt, you just can’t get there,” he jokes.

A fourth-generation farmer, Curtis grew up with traditional farming practices including fall discing and field cultivation but switched to no-till in 1985, not because they had to but “because we thought there was a better way of farming.”

Like many long-term no-tillers, Curtis has tried a variety of management strategies to reduce erosion and keep the soil in place. “The big thing that gives us an advantage over the rest of the world is our soil. That’s our factory,” he says. “We’ve got to take care of it.”

Premium content is for our Digital-only and Premium subscribers. A Print-only subscription doesn't qualify. Please purchase/upgrade a subscription with the Digital product to get access to all No-Till Farmer content and archives online. Learn more about the different versions and what is included.
KEYWORDS agricultural gypsum synthetic gypsum

Boosting Yields, Efficiency & Tire Life with the Push of a Button