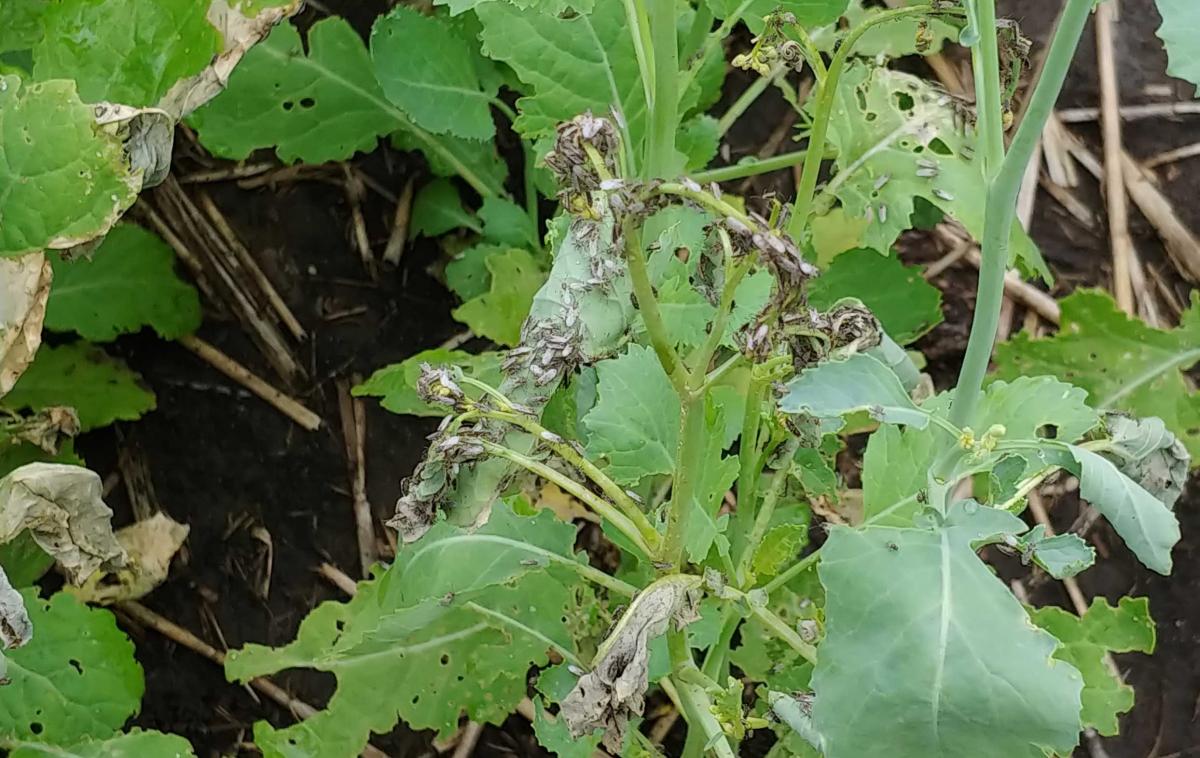 While scouting canola this week, I came across a field that had plants along the edge that looked like they were suffering from drought stress, but given the recent rain I highly doubted that to be the case (Figure 1). Closer inspection of the stressed plants indicated that they were covered in false chinch bugs (Figure 2). Although false chinch bugs are not normally an issue in canola, very large populations do have the potential to reduce yield.

How to Set Up Check Strips for Canola Fields