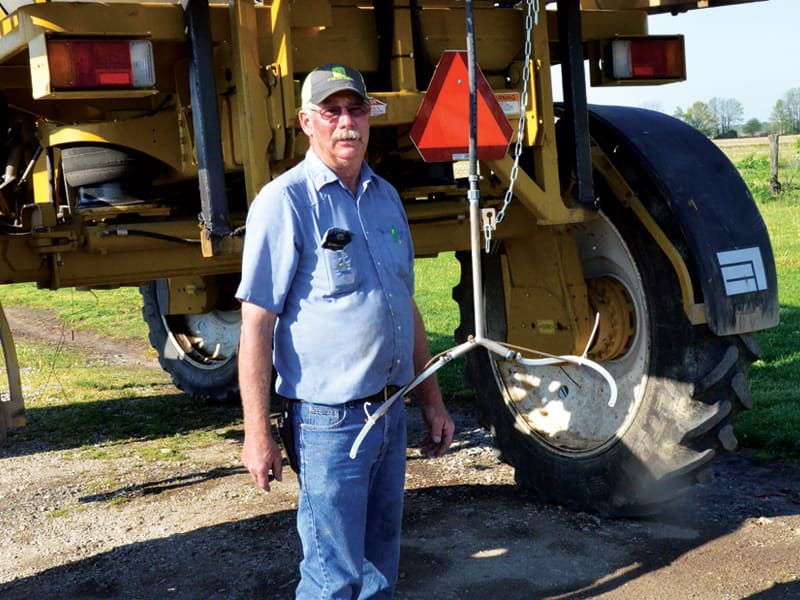 A minor victory in a small field grew to major success farmwide for Bob Kissel, as no-till practices have reduced erosion and improved soil tilth and nutrient cycling on his central Indiana operation.

Bob Kissel remembers the moment he decided to start no-tilling his crops: it was 30 years ago as he was custom harvesting a 20-acre field intensively farmed with soybeans and worked with plows every year.

“The erosion was so bad you just couldn’t keep dirt in the field,” Kissel recalls. He rented it in late May the next year and started no-tilling corn there the following year.

“We planted into powder, basically, and we still got excellent stands,” he says, noting the field has slopes of 7-10%.

He earned 150-bushel corn that year, which wasn’t bad for the condition of the field and corn yields at the time. With three decades of no-till, along with manure applications from his former hog farm and cover crop seeding, he’s increased soil organic matter on that field by 1.3 points, and the gullies he used to fight are gone.

It’s a microcosm of what Kissel has seen overall on his 1,110-acre operation near New Palestine in central Indiana, where he no-tills corn, soybeans and soft red winter wheat. Saving soil and improving fertilizer use helped him eclipse 200-bushel corn…

Premium content is for our Digital-only and Premium subscribers. A Print-only subscription doesn't qualify. Please purchase/upgrade a subscription with the Digital product to get access to all No-Till Farmer content and archives online. Learn more about the different versions and what is included.
KEYWORDS agchem applicator grazing covers Kinze planter No-till practices soil organic matter