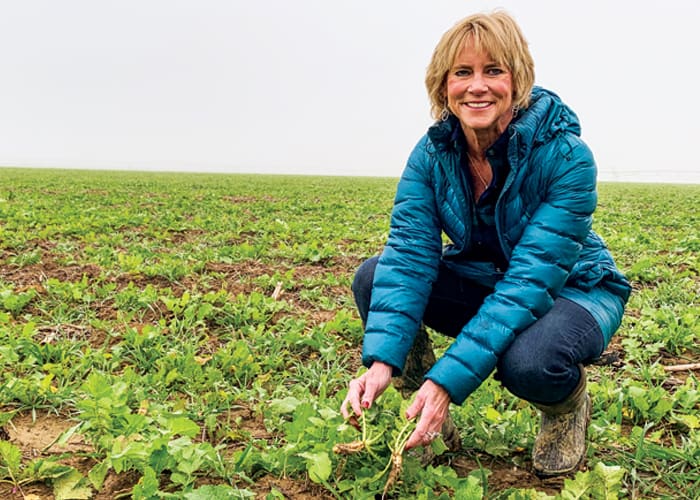 We went from farming white sugar sand to farming the heaviest of clay soils when my family moved our farming operation from Florida to Alabama in 1989. To say the move made farming a bit different would be a drastic understatement.

In Florida, we could disc in the morning, get a decent-sized rain in the afternoon and be planting in the field by 5 p.m. In Alabama, the tight clays have earned the title “12 o’clock soils”— before 12:00 it’s too wet to do field work and after 12 it’s too hard and dry.

There are literally brick facilities here using these soils as their base material. When farmed conventionally our soils would form cracks so bottomless you could drop a 6-foot stick down them and it probably ended up in China.

Challenging soils are one of many reasons we practice conservation-based farming, including using no-till and cover crops. When we first arrived in Alabama we were dealing with seriously degraded soils.

There was tremendous compaction, terrible weed pressure and soil fertility was almost nonexistent, thanks partly to the fact the ground had been leased and heavily used for years without many inputs going…