When it comes to weed control, no-tillers tend to opt for a chemical application to minimize invasive species popping up in their corn and soybean fields.

Results of the 2018 No-Till Farmer operational benchmark study showed that more than 90% of no-tillers planned to use glyphosate for weed control in both corn and soybeans this year, with at least two-thirds making a post-emergence application.

But no-till and strip-till farmer Mike Shuter and his sons, Brian and Patrick, are seeking an alternative to chemically controlling weeds. The Shuters developed a new weed-control tool, called a Hot Water Weeder, which they debuted during a field day on Sept. 6 at Shuter Sunset Farms in Frankton, Ind.

The concept for this new innovation came about because the Shuters have been unable to control weeds as well as they would like, especially as they seek to transition more of their 3,200 acre no-till soybean and strip-till corn operation to organic practices.

Their farm is primarily using cover crops for weed control, and Shuter notes their cereal rye did not grow as well as it should have this year. That meant some hand weeding was required and they also had to utilize a row-crop cultivator.

“We’re trying to do some organic no-till and strip-till on about 250 acres for now, and that’s one of the hardest ways of farming,” Shuter says. “We’re having issues controlling weeds. This project will help us with that side of things.”

The new Hot Water Weeder machine works by applying water, heated to 220-250 degrees, directly onto the weeds. The water blisters the plants and causes them to dehydrate and die. In order to keep the water from evaporating as steam, it is kept under pressure until it is released.

Shuter likens the concept to taking boiling hot water from a kitchen faucet and pouring it on vegetation in a driveway. “We will be using this process on young, actively growing weed to kill them by blistering them and then they dehydrate and die,” he says. 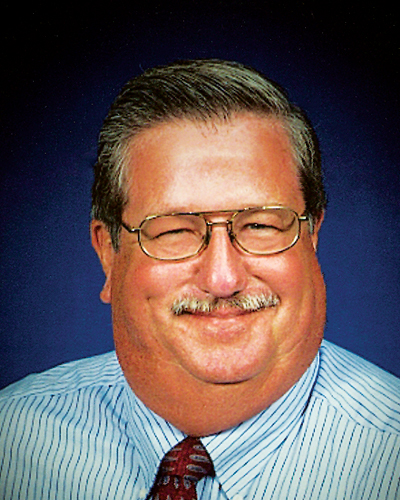 “We have six spots of dead grass where we tested the Hot Water Weeder the day of our field day, and it looks like it’s going to work.”

He explains they still have to determine how much water is necessary to accomplish their goals. They built a prototype to attach to a Miller Nitro sprayer and are also fitting it to an Oxbo International sprayer. The diesel fuel and 12-volt system that powers the sprayer also fuels and powers the water heater.

The Shuters built stainless steel hoods to protect the soybean and corn plants. Hot water is applied to the weeds underneath the hoods

It took the Shuters about 3 months to get the equipment to this point, including online research, design work and assembly. They have applied for a patent on the design of the hoods and the process, as Shuter says he’s not heard of anyone else trying this approach to weed control before.

They plan to use the equipment in a non-evasive cultivation process, which means it eliminates the weeds but does not disturb the soil. “We’re trying to maintain the integrity of no-till and strip-till farming for our organic fields,” Shuter says. “This process is not detrimental to soil health.”

There are still a few kinks to work out, and more testing and design work ahead. The Shuters have a version built to fit the frame of a 6- or 8-row cultivator and are interested in adapting it for a 12-row system, on the sprayers as well as a cultivator.

“The question is, ‘Do we have capability to create enough hot water?’” he says. “We will need more heaters.” Shuter says this would also require attaching a trailer behind the cultivator to carry the water.

Shuter further explains he’s not sure if the heater generates enough heat yet, and he needs to figure out what nozzles to use under the hoods to spray the weeds with water.

He needs to test its effectiveness on smaller, emerging weeds. “That won’t happen until next spring because there are not any weeds at the stage where we should be able to kill them with the super-hot water and this equipment,” Shuter says. “I need to get the cover crop seeder on that sprayer, so we won’t get much more done this fall.”

They previously tried to use a row-crop flamer, powered with propane, on weeds but ended up with residue on the ground, which was not the result they wanted.

“I’ve seen electric shock machines, but I’m concerned about the dangers and damage to the soil,” Shuter says. They also utilize a roller/crimper to terminate cover crops and weeds, but it can’t be used too long after crop emergence.

If the new tool proves to be successful for organic no-till, Shuter would like to test it out on a standard strip-till operation. “Above all, we want to maintain our soil health. And I want to try to help other producers with this process if we can,” he says.