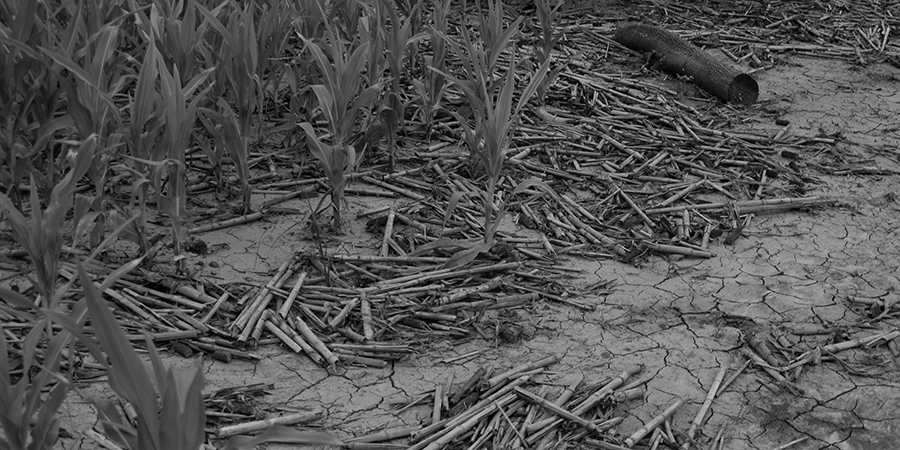 By Frank Lessiter posted on September 1, 2008 | Posted in Water Management

The key is to properly manage no-till crop residue to avoid complaints from neighbors.

When the creek behind a number of homes located along a subdivision road in Springfield, Ohio, overran its banks earlier this summer, corn stalks clogged drainage tiles and culverts.

Dealing with flooded basements, these homeowners blamed the costly mess on no-till. Soon after, members of the Clark County Emergency Management Agency (EMA) and the country arm of the Ohio Department of Transportation (ODOT) jumped on the bandwagon.

“According to the reports I have, I believe that no-till was a contributing factor,” says EMA acting director Lisa D’Allessandris. “But the cause was the 4.47 inches of rainfall that fell within a 24-hour period.”

Yet ODOT county manager John Balzer isn’t convinced that no-till residue actually caused the clogging of the drainage tile and culverts. Instead, he’s wondering if the pipes were sized correctly, as reported in the Springfield News.

George McConkey of the Clark County Soil and Water Conservation District, who says some of the badly flooded homes were built on poorly drained soils, voiced still another concern.

“With that much rain, they would probably have had flooding whether there was a nearby no-tilled corn field or not,” he says. Without no-till, he say the yards of these homeowners may have been covered with mud.

Yet, some homeowners in the past have seen corn stalks occasionally float into their yards from no-tilled fields after a heavy rain.

Phil Needham of Needham Ag Technologies in Calhoun, Ky., had first-hand experience with this situation with large areas of river bottoms north of his…

Premium content is for our Digital-only and Premium subscribers. A Print-only subscription doesn't qualify. Please purchase/upgrade a subscription with the Digital product to get access to all No-Till Farmer content and archives online. Learn more about the different versions and what is included.
KEYWORDS Barry Fisher flooding Marion calmer Ohio Phil Needham