How Do You Spell No-Till? 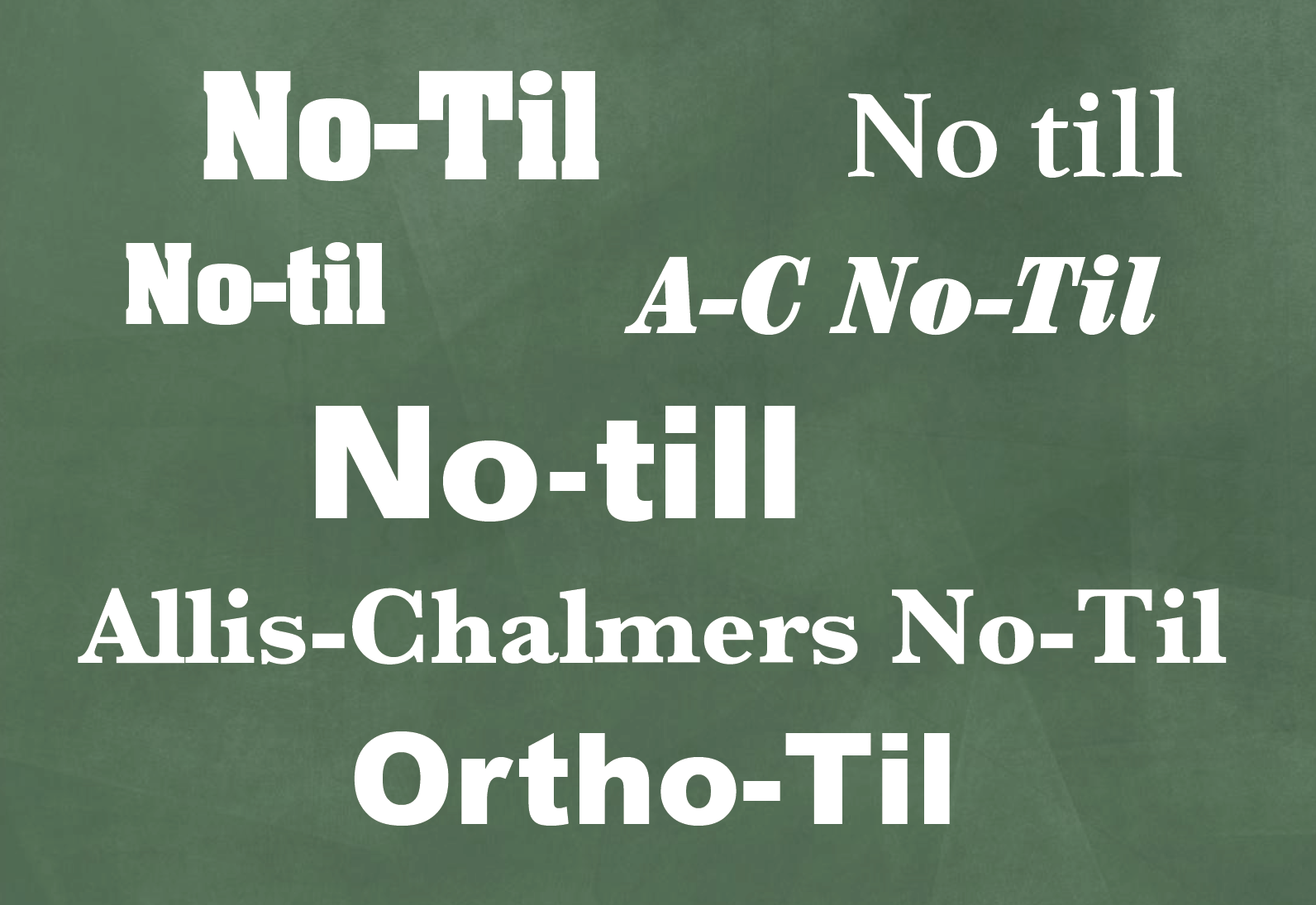 Most folks in the farm equipment industry today and No-Till Farmer spell no-till with two “Ls,” along with a hyphen between the two words. But that wasn’t unanimous in the early days of this reduced tillage practice.

An early-day Allis-Chalmers trademark spelled it as No-Til, with both words capitalized, a hyphen and only one “L.” Chevron Chemical Co., the original manufacturer of Paraquat and now part of Syngenta, had trademarked “Ortho-Til,” also with only one “l.”

In the early years of the No-Till Farmer logo, there was a time when the hyphen was dropped between the two words. This was done at the insistence of Allis-Chalmers attorneys who tried to tell No-Till Farmer we were infringing on their trademark by using the hyphen. Rather than argue with them, and because the parent publishing company (before the Lessiter family purchased the publication), was producing Allis-Chalmers promotional materials, the hyphen was dropped.

Then out of the blue one day, Allis-Chalmers attorneys asked No-Till Farmer to again start using the hyphen in no-till. They told us that having us replace the hyphen would help them in trademark legal battles with other equipment manufacturers.

We were delighted to again add the hyphen to no-till…since it had belonged there the whole time anyway.

No-Till Roundtable: What unanswered questions do you have about cover crops? What more do you want to learn?