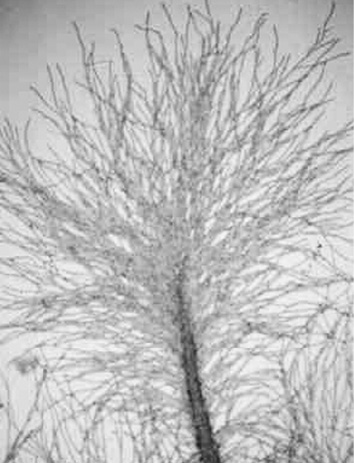 Soil Fungi Are The Root Of All Yields

Invisible to the naked eye, soil fungi bring nutrients and water to roots and fend off disease, too

If you asked 1,000 people what part of the plant is responsible for uptake of moisture and nutrients, 999 would say it’s the roots, says Larry Simpson, director of education and training for Mycorrhizal Applications in Grants Pass, Ore.

“It’s actually the mycorrhizae — or fungi — that live on the roots and in the soil that are the primary means for bringing nutrients and water into the plant through its roots,” Simpson says. “The root does anchor a plant, but it’s the mycorrhizae that become the main system to absorb water and nutrients from the soil.

“The roots function as a backup system in case the fungi are lost.”

Mycorrhizal fungi are living organisms that naturally grow on the roots of about 95% of all terrestrial plant species, says Simpson, adding that most land plants around the world, including crop species, will form a symbiotic association with these beneficial fungi.

Simpson says it’s important to differentiate between mycorrhizal inoculants and other inoculants used in agriculture.

“Mycorrhizae are beneficial, symbiotic fungi,” he says. “Rhizobium bacteria are the active organism in an inoculant specifically used on legume crops. They enable legume plants to produce plant-available soil nitrogen from atmospheric nitrogen.

“Mycorrhizae perform functions that are altogether different from those of rhizobium bacteria. The most important…

Finding The Right Fit With Fertility