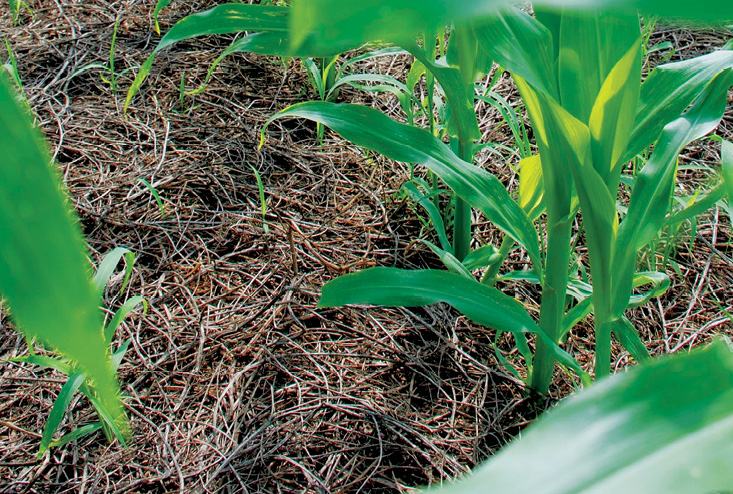 A certified crop advisor and agronomist explains how choosing the right species and promoting its growth can help no-tillers acquire free nitrogen from their cover crops.

Pictured Above: NITROGEN BOOST. Corn planted into a hairy vetch cover crop can expect 45-90 pounds of plant-available nitrogen (N) from the terminated hairy vetch, depending on the amount of growth the cover achieved and when it was terminated. La Crosse Seed agronomist Scott Wohltman recommends growers inoculate the cover crop seed and terminate legumes at the bud stage or early flower stage to maximize the amount of N they fix

The No. 1 question Scott Wohltman gets asked by growers using cover crops is: How much nitrogen (N) am I getting from cover crops, and when will it be available?

The answer isn’t cut and dry, says the certified crop advisor and agronomist with La Crosse Seed. But in a recent No-Till Farmer webinar, Wohltman explained how much N growers can expect from different cover crop species, what influences the amount of N they fix and release to the cash crop, and how no-tillers can help maximize a cover’s N production.

During the webinar, Wohltman presented a slide that listed several legume cover crop species and the amounts of N they can fix (Table 1).

“You can see a huge difference not only from one legume to another, but also with the range given to each species,” he says. “The obvious reason for this is because there are so many factors at play.”

That’s because the rate of N fixation by a cover crop is directly related to the cover crop’s growth rate, he explains.

Premium content is for our Digital-only and Premium subscribers. A Print-only subscription doesn't qualify. Please purchase/upgrade a subscription with the Digital product to get access to all No-Till Farmer content and archives online. Learn more about the different versions and what is included.
KEYWORDS carbon to nitrogen ratio cover crop legumes inoculants maximizing nitrogen nitrogen availability plant-available nitrogen scott wohltman