The percent of acres no-tilled took a hit in 2015, while strip-till saw increases for corn and soybeans. 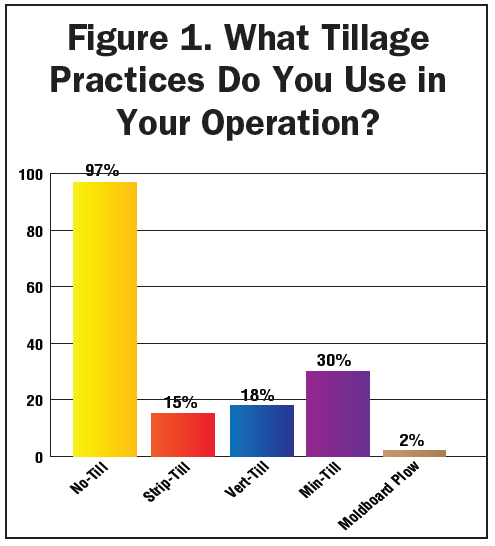 With regions like the Eastern and Western Corn Belts cutting back on no-till, overall the practice saw a 3.6-percentage point decline for cropping acreage in 2015.

Of the nearly 430,000 acres farmed by No-Till Farmer readers who participated in the 8th annual No-Till Operational Benchmark Survey, 72.9% were managed under no-till last year compared to 76.5% the previous 2 years.

Corn acres under no-till management last year saw a 5-point decline from the 67% recorded in 2014 to 62% last year. At the same time, the percentage of corn grown under strip-till jumped 4 points to 19% in 2015.

Vertically tilled corn picked up a percentage point for 7% of corn acres, while minimum-tilled acres stayed at 12%.

Looking at the acres on a regional level, the areas that saw a decrease in no-tilled corn saw an increase in strip-tilled corn…