Different starter fertilizer placements, positioned both vertically and horizontally from the seed, are possible. In-furrow fertilizer, often referred to as pop-up, is an alternative to 2-by-2 placement that involves less hardware, cost, and lower amounts of fertilizer. Placement with the seed may result in earlier nutrient utilization by the plant than 2-by-2 placement.

Some suggest that starter fertilizer is most likely to increase corn yield under the following conditions: no or limited tillage, early planting into cold soils, hybrids with slow-growing roots, corn following corn or another crop leaving behind large amounts of low nitrogen (N) residue, low soil levels of nutrients [N and phosphorus (P) in particular], and high yield conditions (perhaps under irrigation). Unfortunately even with these conditions a positive and profitable response to starter fertilizer is not ensured. It is likely some of the factors influencing corn response to starter fertilizer are yet unknown. 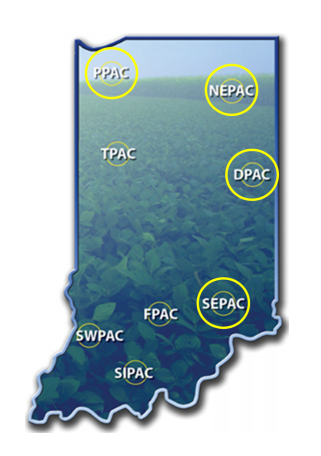 The pop-up fertilizer source was 3 gallons per acre of ammonium polyphosphate (APP; 10-34-0) equal to 3.4 pounds actual N. The 2-by-2 fertilizer source was a combination of urea ammonium nitrate (UAN; 28-0-0) and APP resulting in an analysis of 19-17-0 or 21- 11-0 dependent on location. The application rate of sidedress N was adjusted for the amount of N applied at planting so that the total amount of N applied was the same across all treatments, but P fertilizer rates were not adjusted.

Soil test P levels were adequate at each location, ranging from 27-34 ppm Bray1-P. Hybrids adapted to each location were seeded at 33,000 plants per acre using commercial corn planters equipped with both 2-by-2 and pop-up fertilizer applicator attachments. Individual plots were 12 rows (30-inch spacing) wide and 350-2,000 feet long and replicated 4-6 times dependent on the field size at each location. Plots were sidedressed using commercial applicators before the plants exceeded 20 inches tall.

Plots were harvested with commercial combines and grain yield and moisture were estimated with calibrated yield monitors at all locations. In 2015 we also documented the early-season crop response by determining growth stage every week to 10 days up to silking and determining crop height, dry matter and nutrient uptake at about the V7 growth stage just before sidedressing. 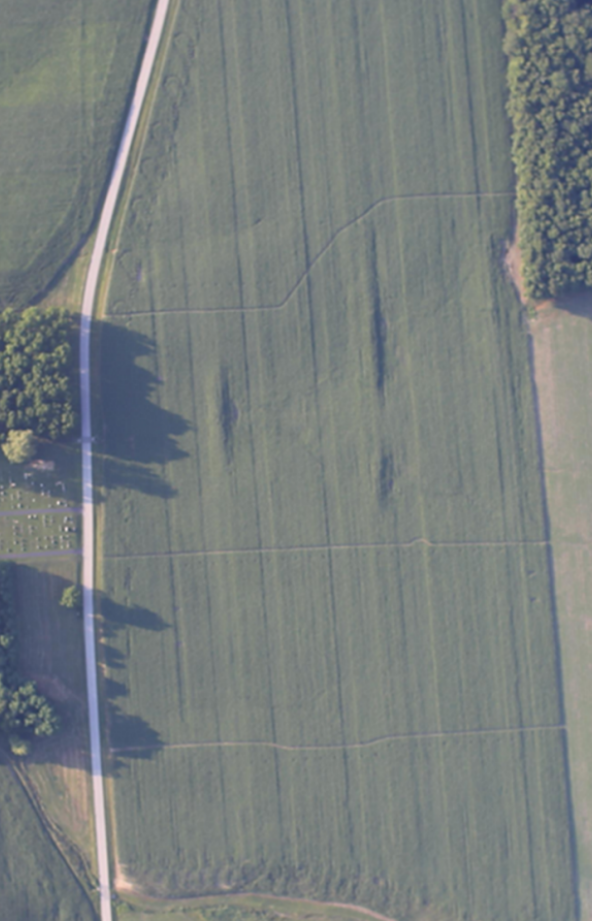 When plants in the control had about 10-12 leaf collars, the HiSt treatment was approximately 2 leaf collars more advanced (Figure 2). The other starter fertilizer treatments had intermediate effects on the rate of leaf collar appearance. 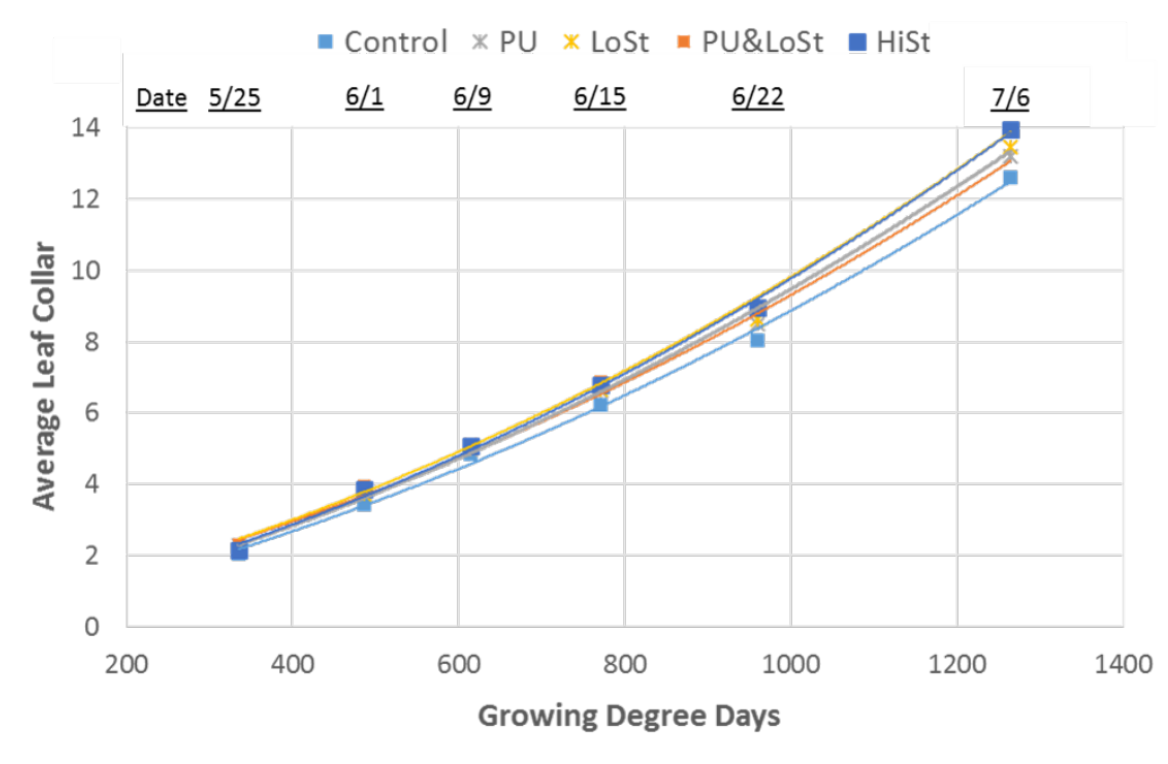 Grain moisture at harvest averaged 0.5, 1.1, 1.6 and 1.7 percentage points drier than the no starter control in the PU, LoSt, PU&LoSt and HiSt treatments, respectively (averaged over all locations in 2014 and 2015). The drier grain at harvest was likely due to those plots maturing somewhat earlier in the fall when the temperatures were also slightly warmer, both of which favor more rapid field drydown of grain. 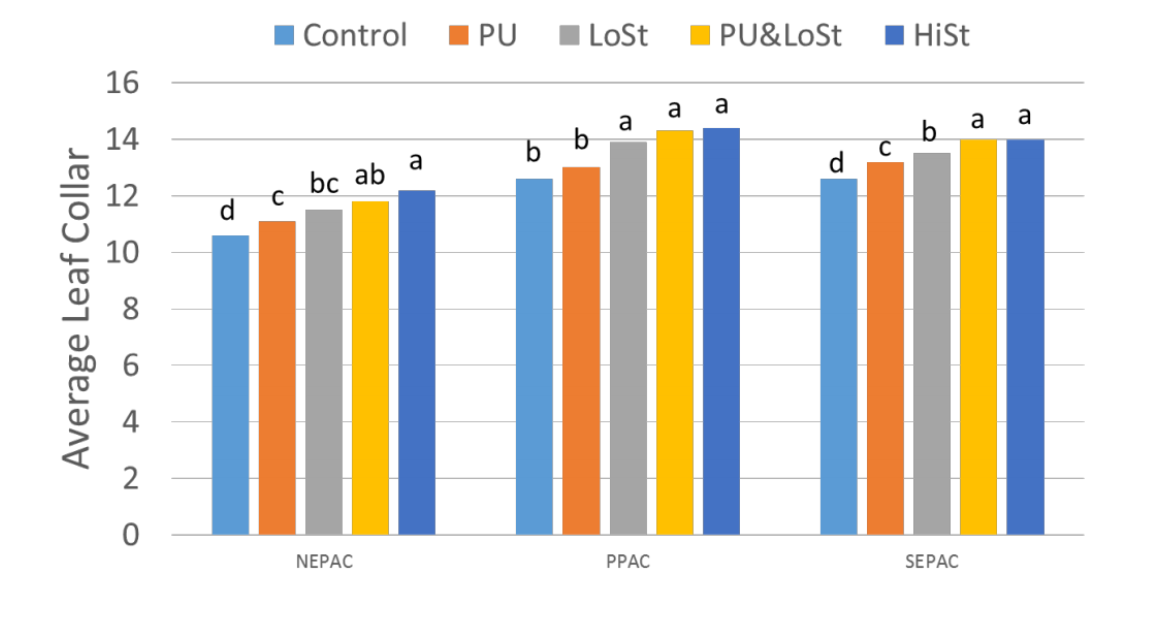 Figure 2. Starter fertilizer effects on the average number of leaf collars at three Purdue Agricultural Centers (PACs) on the second to last sampling date in 2015. Within a PAC, bars topped by the same letter are statistically similar. 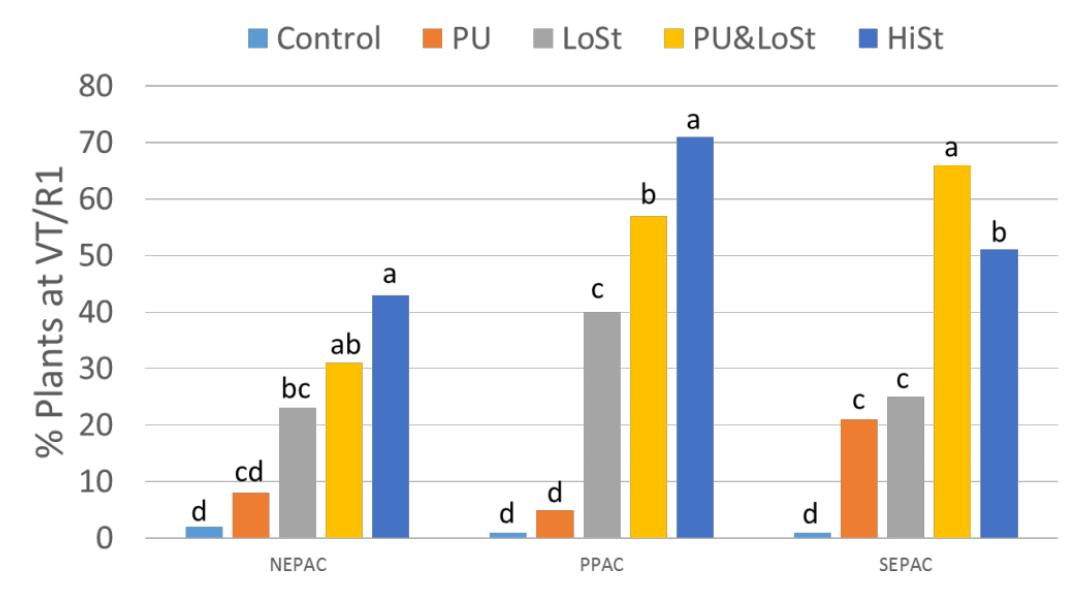 Figure 3. Starter fertilizer effects on the percentage of plants with tassels (VT) and/or silks (R1) at three Purdue Agricultural Centers (PACs) in 2015. Within a PAC, bars topped by the same letter are statistically similar.

In the second year at SEPAC (2015), starter fertilizer did not increase grain yield (average of 203 bushels per acre) despite the accelerated growth, earlier silking and lower grain moisture at harvest seen in 2015. At Northeastern Purdue Agricultural Center (NEPAC) 2015, grain yield was increased by all starter fertilizer treatments in comparison to the control (162 bushels per acre). Yield was 168, 172, 174 and 177 bushels per acre for PU, LoST, PU&LoSt and HiSt, respectively, with PU differing from HiSt but no differences among the other treatments. 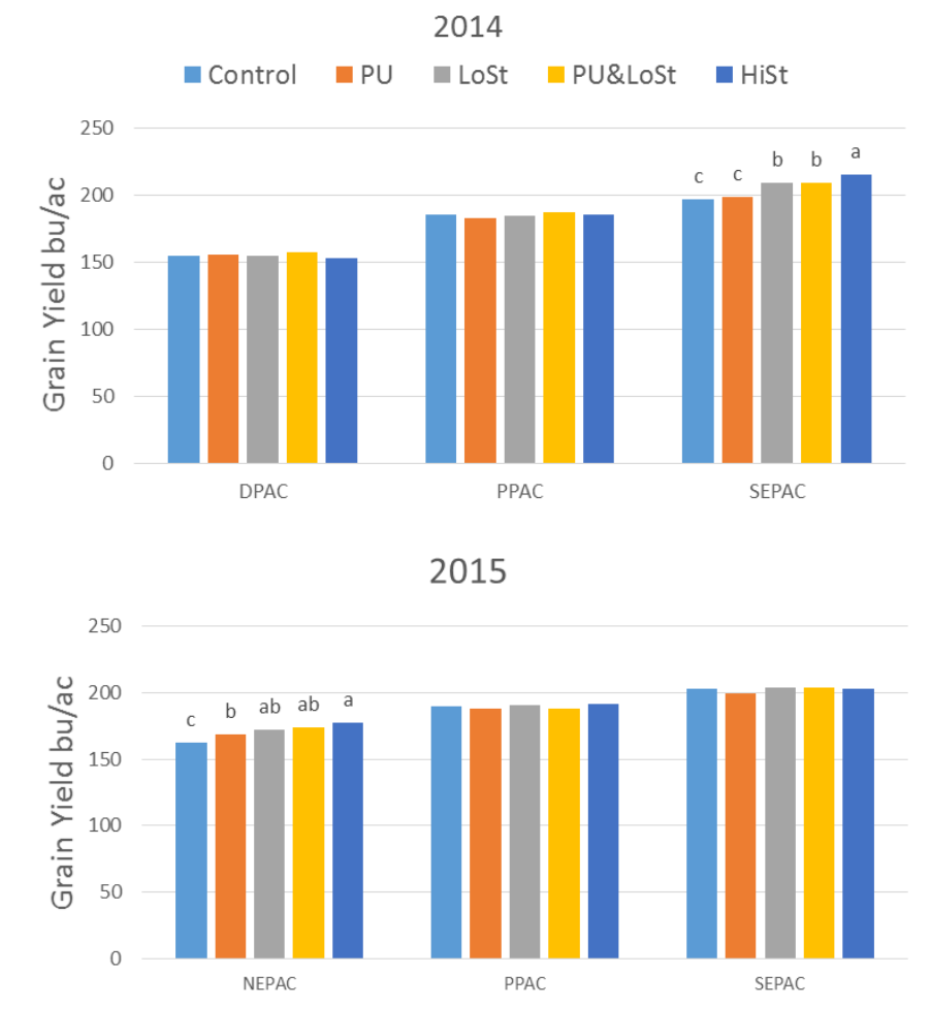 Figure 4. Starter fertilizer effects on grain yield at three Purdue Agricultural Centers (PACs) in 2014 and 2015. Within a year and a PAC, bars topped by the same letter, or by no letter, are statistically similar.

Starter fertilizer treatments, compared to a no starter control, consistently increased early-season plant height and dry matter and accelerated plant development resulting in earlier silking and drier grain at harvest. These effects were similar across locations varying in tillage, planting date and yield level. The effectiveness of the starter treatments increased in the order of increasing N and P application rates, PU < LoSt ≈ PU&LoSt < HiSt.

Despite the consistent increases in plant growth and development and grain moisture at all locations resulting from starter fertilizer, increased yield only occurred at 2 of 6 locations. Both responsive locations (SEPAC 2014 and NEPAC 2015) were no-tillage. However, corn yield at the same SEPAC location in 2015 (same field, same no-tillage, same hybrid) did not respond to starter fertilizer.

Factors thought to influence corn response to starter fertilizer include soil temperature, the difference between air and soil temperature, soil nutrient level, soil strength, hybrid rooting pattern and vigor, seasonal rainfall, irrigation and general yield level. We will conduct additional studies over the next few years to better quantify and understand the variation in corn response to starter fertilizer.