This is the third year in a row that growers in the northern half of Nebraska have seen white mold or sclerotinia stem rot develop to some degree in their fields. Prior to this period, we would have suggested this to be a less common disease. As weather patterns continue to be in flux, there is really no way to forecast whether 2016 will or won't be conducive for this disease.

One of the main problems with white mold management is that the disease starts earlier in the season during flowering. The actual infection occurs on the senescing flower, which is used by the fungus as a food source. All infections in soybean will therefore typically start at a node. You can even tell when the infection occurred based on how high up the plant the stem lesions and fungal growth are.

This year's cool, wet conditions during flowering were favorable for infection, and the cool temperatures following infections were favorable for more fungus growth. Symptoms at this point in soybean development will be individual or small pockets of dead or dying plants (Figure 1). Upon close inspection you will see a white cottony fungal growth on the stems, which may also include dark black bodies (sclerotia) of the fungus on the stems. The stems of dead plants will be very light (bleached) in color and, when split, often will display sclerotia of the fungus (Figure 2). 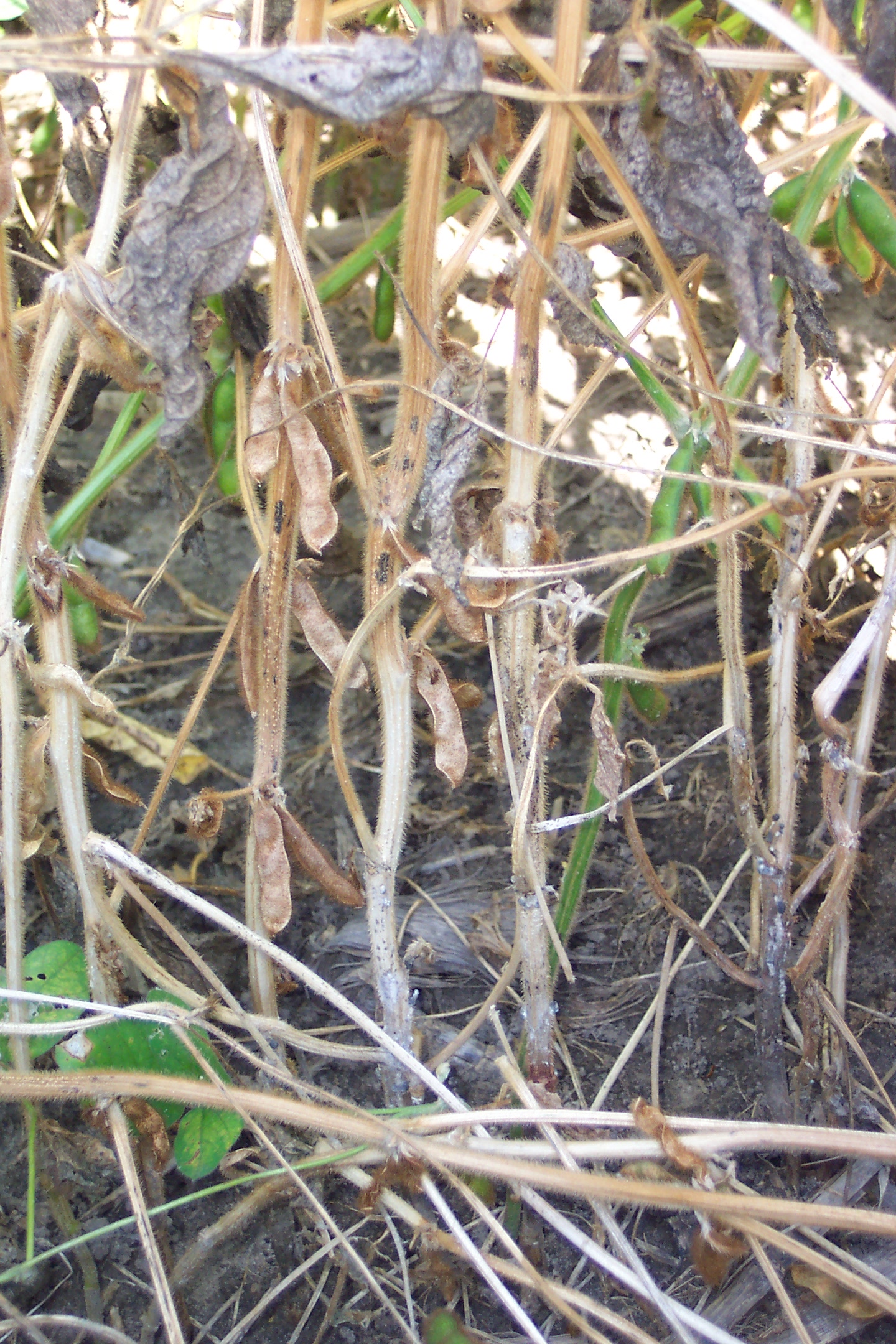 Figure 1. Look for a white cottony fungal growth on the stems and often dark, black bodies (sclerotia) of the fungus on the stem to identify white mold.

Planning management strategies for this disease will depend on how much you have and if it warrants action for the 2016 season. Consider these strategy components:

As with any disease, correct diagnosis is critical to management. If you are uncertain of the cause of damage in your field, have it identified at the UNL Plant & Pest Diagnostic Clinic.

More information on these and other soybean diseases can be found in the Soybean Disease Management section of CropWatch.