By John Dobberstein posted on May 18, 2015 | Posted in Seeding & Planting, Crop Protection

To preserve the future viability of Bt corn, no-tillers should consider rotating traits and crops and consider working non-GMO corn into their fields.

It was about 6 years ago when the first cracks in the armor — in this case, Bt corn — were discovered in Iowa.

And today, the threat of Bt resistance in corn hasn’t really lessened, as it’s been detected in many other areas of Iowa and several other Midwestern states, particularly in the western corn belt.

No-tillers wanting to preserve the effectiveness of Bt corn, and their yields, will need to start varying their pest-management approaches, rather than relying on the same Bt trait every year, says Purdue University entomologist Christian Krupke.

“If you were conditioned to think about Bt in terms of the corn borer Bts — which are as close to a silver bullet as we’ve ever seen in field crops — we’re not going to have that story here,” he says. “But it’s not all bad news.”

Krupke says Bt resistance has emerged for one key reason: because many growers have planted the same Bt traits continuously for several years, ramping up selection pressure.

Krupke says refuge-in-a-bag programs were supposed to bring Bt and non-Bt beetles together in closer space to mate and slow the spread of resistance beetles.

“But it doesn’t happen that way in biology,” he says.

Adult beetles that emerge from Bt corn often show a lag in development, which delays their natural emergence pattern compared with adults that emerge after feeding on refuge corn as larvae.

Refuge male beetles may not wait for Bt females to emerge, and will mate with refuge females nearby.

That increases the likelihood that Bt males mate with Bt females, which does nothing to stop resistance.

To confirm whether the goal of mixed matings between Bt and refuge beetles was really happening, Krupke and graduate student Steven Smith put out 10-foot field cages in fields seeded to both strip- and seed-mix refuge corn, 100% Bt corn, and 100% refuge, and marked the refuge plants with a stable isotope of nitrogen to determine which plants the rootworms fed on. 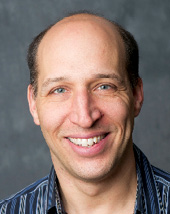 “Refuge in a bag is a great idea to get compliance by having everybody planting a refuge. But the beetles don’t care what the plan is when they choose mates…”

“Refuge in a bag is a great idea to get compliance by having everybody planting a refuge. But the beetles don’t care what the plan is when they choose mates,” Krupke says.

Krupke says most of the resistance problems have occurred in corn with the YieldGard, Genuity VT or SmartStax technology containing the Cry3Bb1 Bt protein. The problems originated in Iowa and have also arisen in other states.

In a field in Minnesota, Krupke shared data from a 2011 study by Ken Ostlie where refuge corn and Aztec granular insecticide was planted alongside YieldGard VT Triple seed corn.

“Once this starts to happen, it’s resistance,” Krupke explains. “It’s not due to high pressure or some anomalous event. This is a product that isn’t working in these areas.”

The recommendation in problem fields has been to plant SmartStax corn. However, the problem is that it still carries the Cry3Bb1 toxin that isn’t performing, and the refuge requirement is still only 5%, Krupke notes.

The good news is there’s no evidence of cross resistance, yet, between YieldGard with its Cry3Bb1 toxin and Cry35/35 for Herculex.

An option might be going to straight Herculex and using a seed treatment if there is low rootworm pressure.

“Keeping these tools around is going to require a little bit more of a balanced approach,” Krupke says.

An even better approach is a move to conventional (i.e. non-Bt) hybrids paired with granular or liquid insecticides labeled for rootworm control.

• Crop rotation: “Rotation to a non-corn crop is a better tool than ever,” Krupke says. He goes on to say that in Indiana, Ohio and parts of Michigan, where more soybeans are often grown in regular rotation with corn, there are far fewer problems with corn rootworms.

• Stay vigilant: Rootworm resistance is fixed in the population and that won’t change, Krupke says. “You can’t take the problem Bt trait away for 3-4 years and go back to susceptibility,” he says.

• Think it through: Don’t use pest-management options that aren’t needed, he adds. Krupke notes that in many areas across the U.S. where Bt corn is planted, hardly any rootworms can be found.