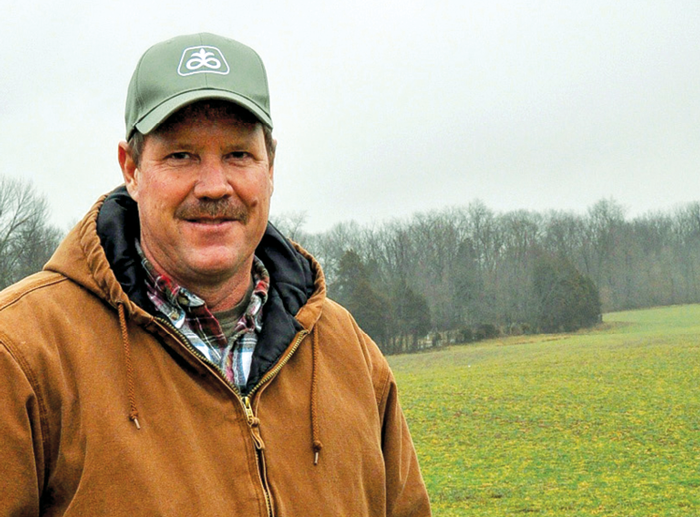 A combination of no-till and extensive cover crop use has the Gaspers’ hilly soils yielding better than they ever did when they were conventionally tilling.

Tom Gasper remembers one of the early years of no-tilling, when his father, Leo, took hay off a field during a drought.

He didn’t want to plow the field because he knew it would dry out, Tom recalls. So Leo no-tilled corn into the hay ground, and it turned out to be the best corn they had that year.

Today, Gasper Farms Partnership, which is owned by Tom and his brothers Jim and Dan, is still relying on no-till for moisture-saving benefits. With the exception of some wheat that is minimum-tilled, all of the corn and soybeans — 95% of the acreage — on the 4,000-acre North Vernon, Ind., farm are no-tilled.

Since they took up no-till in the 1980s, the family, which also includes Tom’s brothers, Andy and Jim, his sister, Jennifer, his son, Eric and Dan’s son, Michael, continued to look for ways to improve the management of their farm’s soils and crops. They’ve added cover crops, are keeping equipment up to date and fertilizing more efficiently as well.

The Gaspers journey to no-till started when Leo leased a no-till planter from the local Soil and Water Conservation District. He wanted to try no-till to eliminate erosion on the hills.

Tom says that about 40% of the farm is rolling ground, and even though no-till had reduced erosion, they were still seeing it occur in some areas, especially after soybeans. 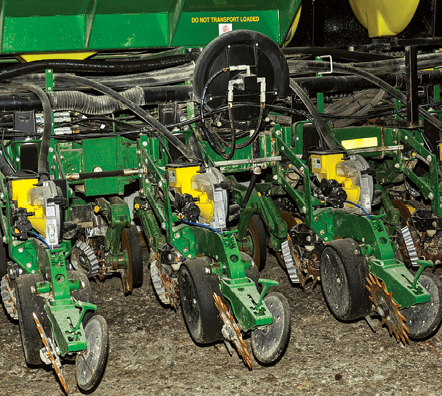 PLANTER UPGRADES. Time is precious in spring, so the Gaspers keep their planters up…

Premium content is for our Digital-only and Premium subscribers. A Print-only subscription doesn't qualify. Please purchase/upgrade a subscription with the Digital product to get access to all No-Till Farmer content and archives online. Learn more about the different versions and what is included.
KEYWORDS aerial seeding Cover crops reduced erosion soil moisture Tom Gasper Variable-rate