By Ron Perszewski posted on November 1, 2003 | Posted in Seeding & Planting

No quick solutions foreseen in dispute between U.S. and European Union over biotech crops.

The trade dispute between the United States and the European Union over biotech crops, often referred to as genetically modified organisms in Europe, now lies with the World Trade Organization. A final decision could take more than a year, with the availability of European markets to U.S. farmers at stake.

The WTO, a collection of 146 countries that have vowed to abide by the organization’s rulings on trade disputes, agreed Aug. 29 to form a three- or five-member panel to decide the matter. However, WTO spokesperson Patrick Reichenmiller told No-Till Farmer that the panel had not yet been named and it is not clear when that will happen.

WTO rules allow 45 days for the panel to be appointed. The members are to be recognized legal or trade experts not affiliated with any government. After being appointed, the panel has 6 months to hear arguments from both sides and weigh the evidence before issuing a decision.

The panel’s report will be distributed to the full membership of the WTO, referred to as the Dispute Settlement Body in such cases. The DSB would then have 60 days to review the decision, after which the panel’s decision would become an official ruling. Only a unanimous vote of the DSB could overturn the decision of the smaller panel. 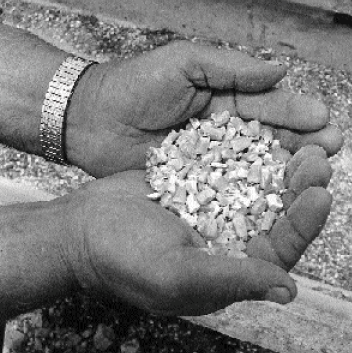 However, if the panel decision favors the U.S., the EU could appeal to a three-member WTO appellate body, which would have up to 90 days to uphold, modify or reverse the ruling…

Premium content is for our Digital-only and Premium subscribers. A Print-only subscription doesn't qualify. Please purchase/upgrade a subscription with the Digital product to get access to all No-Till Farmer content and archives online. Learn more about the different versions and what is included.
KEYWORDS Biotech biotech crops Dispute Settlement Body DSB export labeling Patrick Reichenmiller World Trade Organization WTO