Several people have submitted images of escaped "pigweeds" wondering whether the plants were Palmer amaranth. In all cases, except the earlier reported situation in Harrison County, the plants in question have been waterhemp, although at casual glance they could easily be mistaken for Palmer amaranth. These cases highlight the difficulty in differentiating the two species by the general growth habit and shape of plants.

The most reliable characteristic to differentiate the species is the size of the bracts at the base of flowers. Bracts are modified leaves, and on Amaranthus species they are narrow, triangular and ending in a sharp point. The bracts of Palmer amaranth are up to ¼ inch in length (3 to 7 mm) and extend far beyond the tepals (modified petals and sepals of Amaranthus flowers). On female plants, the bracts become stiff as they mature and are painful to the touch. The bracts on waterhemp are less than 3 mm in length and rarely longer than the tepals. 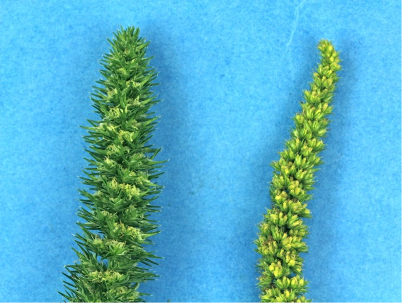 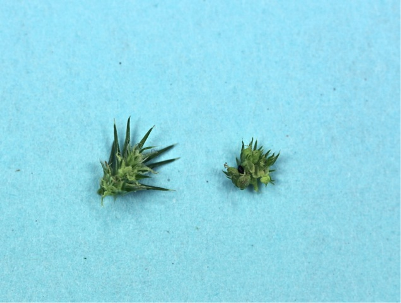 Management of ALS-Resistant Palmer Amaranth and Waterhemp in the Panhandle